Benefiting from the potential of agricultural tourism is a new approach that will play an effective role in creating employment and sustainable development of the province.

Given that this province is a land where tourists travel from north to south to experience those four seasons during the day and night, benefiting from the potential of agricultural tourism by motivating young people to create jobs and sustainable development will play an effective role.

The diverse vegetation of the province is very unique in some places, so that in the south of the province, tropical fruits such as papaya, guava, mango, chico, banana, coconut, etc., in the north of the province, grapes, roses and grains, in the cities of Khash, Saravan, Sib and Soran and Nikshahr Citrus and greenhouse crops are widely grown and in Delgan henna and sour tea are grown.

These products and even the method of planting and harvesting them can create many attractions for a tourist.

Traditional methods of plowing with a plow and threshing with a donkey are also common in some rural areas of the province, and by registering in the list of intangible works of the country and introducing this method correctly, it can be very effective in attracting tourists.

Mohammad Ali Nikbakht, director general of the province’s Jihad-e-Agriculture, said regarding the province’s potential talents and potentials: “The excellent capacities of the agricultural sector have made Sistan and Baluchestan one of the top provinces in the country.”

“The breadth and diversity of the climate has put the province in a privileged position to take advantage of border opportunities and the capabilities of the agricultural sector to help the country in production and employment and to create security,” he continued.

“Sistan and Baluchestan has the ability to supply and produce most of the country’s shortage in these areas,” Nikbakht said, referring to the province’s high capacity to produce red meat, aquatic products, tropical fruits and dates.

Top rank of Sistan and Baluchestan in the country in the production of dates, tropical fruits and off-season products

“To improve the area under banana cultivation in the province, production must reach a point where the country does not need to import bananas, and this is possible in the province,” he continued.

“Developing your own tropical orchards, especially mangoes, chicory, etc., is a great advantage and a great blessing for the south of the province, which will bring new job opportunities,” added the head of the province’s agricultural jihad.

The attractiveness of agricultural businesses for tourists

“Agricultural tourism businesses such as fruit picking, irrigation, flower picking, orchards and visiting farmers’ lifestyles are empirical and can be very attractive to tourists,” he continued.

Mir Hosseini said: “With the aim of introducing diverse tourism capacities in different sectors and improving farmers’ livelihoods and sustainable rural development and undesirable reduction of environmental effects, instructions for agricultural activity and tourism licenses have been issued without changing the use so that farmers who want their own gardens and agricultural land “In order to boost tourism, refer to this instruction and find out how to issue a permit.”

Sistan and Baluchestan Deputy Minister of Tourism added: “In the field of tourism, we will issue licenses and create added value for agricultural lands in the shortest possible time.”

He pointed out: “In order to further introduce the capacity of agricultural tourism, events have been defined in the province with the aim of diversifying tourist attractions and tropical fruits, forks, henna, pomegranates, pistachios, coriander, palis, ruby ​​grapes, rosemary, etc. throughout the year.” “It is planned and implemented.”

Hossein Eslami, senior tourism expert of the General Directorate of Cultural Heritage, Tourism and Handicrafts of the province, also stated in this regard: “The philosophy of rural tourism is to visit the potentials and activities of rural areas and agricultural economy. “In order to improve the standard of living in rural areas and the amount of income, many ecotourisms have been created in the villages of the country and the province.”

“Agricultural tourism is a familiarity with the rural way of life, which means that the human desire to live in nature is something that is a basic human need today, and human beings cannot survive without nature,” he continued.

“The economy of most villages is based on agriculture and animal husbandry, and the main entertainment of this type of tourism is based on rural activities. The arrival of tourists in rural areas will greatly help the agricultural economy, buy agricultural products, see wildlife, learn culture and style,” Eslami said. “Rural life The type of rural cover, enjoying the pristine nature and beauty that is formed based on the weather conditions, are the prominent features of agricultural tourism.”

“Sistan and Baluchestan province, with the largest rural population (51%) compared to its population, is one of the provinces with high capacity for agricultural tourism in Iran, which with careful and operational planning can significantly contribute to the rural economy,” he said.

“This type of tourism can act as a tourist brand in Sistan and Baluchestan province to attract many tourists from Iran and even around the world,” the tourism expert added.

“The roots of all human beings go back to rural life, and today humanity seeks to distance itself from life in urban and industrial societies and modern life, and is returning to a way of life alongside nature,” he said.

The potential of agricultural tourism in Sistan and Baluchestan province is very high, but it is necessary to create more ecotourism units for tourists to stay and visit agricultural lands, traditional livestock and a variety of fruits and unique products of the province.

Also, providing facilities, attracting investors and introducing capacities will be very effective in the growth and development of this branch of tourism in the province. 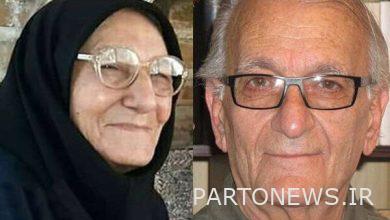 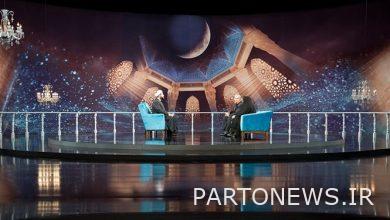 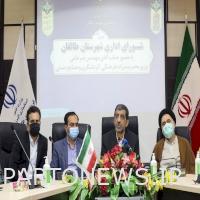 Taleghan city administrative council with the presence of Engineer Zarghami

We do not have comprehensive rules on international waters