According to Tejarat News, Omid Qalibaf said in a television interview about how to find out the price of imported cars and calculate tariffs: As it has been announced many times, imported cars will be offered on the commodity exchange. These cars are going to be imported in several price categories.

The lowest tariff of import duties is related to cars in the price category below 10 thousand euros. Customs duty is fixed at 4% for all cars (be it cars under 10,000 euros or cars with a price ceiling of 20,000 euros). But commercial profit is variable; Cars below 10,000 euros will have the lowest amount. For example, for an 8000 euro car, 10% is the import fee, 10-15% is the profit of the traders who import and the rest depends on how much competition is eaten on the board to discover the price.

The spokesperson of the Ministry of Industry, Mines and Trade in response to the question that with these numbers and especially that you say “how much competition will happen on the board of the commodity exchange”, will imported cars be accessible to the general public? He clarified: This is a difficult question; The conditions of the general public have changed in several ways. Unfortunately, during the last decade, men’s purchasing power has really suffered. This point should also be taken into account that no car was imported into the country for four years, so it is natural to have an excitement that wants to fuel this competition to some extent and raise the price.

This official in the Ministry of Security continued: But if the price of cars with a price of 8,000 Euros is high, it will definitely have a reducing effect on the entire market. This means that it is possible that this car (of course, this is my prediction, which may be incorrect, because there are many supplies), if we count the 8000 euro car in any way, it should cost about 500 million tomans, but if it is more, for some reasons As mentioned, this will reduce the price of other cars. assuming the status quo; Therefore, the atmosphere of the car market will be very calm and reducing, both for imported cars and domestically manufactured cars, and will push the market down.

Qalibaf stressed: Anyway, when a product is not released for four years, the reaction of the applicants should be predicted in all kinds of situations. One part is that there will be a lot of competition and the other part is that it doesn’t actually happen. For example, when a domestic car such as the 207 is released, sometimes it is seen up to 120%, and the competition takes place over it; On the contrary, Haima, which is offered, competes by 9% compared to the base price that enters the table.

Both cars belong to Iran Khodrost. Therefore, the conditions should be checked to be able to talk about it more precisely. This also applies to imported cars.

The spokesperson of the Ministry of Safety further clarified: the car manufacturer has no interest in competition, creating excitement on the board and increasing competition and increasing prices. Regarding the supply of cars in the commodity exchange, we must distinguish two stages; At the first stage, the Ministry of Privacy had almost no supervision and did not apply the conditions, which resulted in the fact that the price of an SUV that was one billion tomans suddenly exceeded two billion tomans.

Following this issue, the Ministry of Security presented an agenda in coordination with the Commodity Exchange that there is a supply floor so that there is homogeneity in the supply; For example, if 207 is offered, all of them are white or all have the same technical characteristics so that different prices are not discovered.

Adviser to the Minister Sammat further emphasized that good things have happened during this year in the field of increasing production and stated: The most obvious one happened in December this year when the production statistics exceeded 127 thousand cars (large government car manufacturers and private car manufacturers) and It broke the record of monthly production of cars in the last five years. This process will continue and our prediction is that within the next six months, about 800 thousand cars will be produced and 200 thousand cars will be imported. Based on this, a total of one million cars will be released and entered the market. This amount of car supply will definitely saturate the market and can have a positive effect on prices.

Qalibaf also stated about the recent inflammation of the car market: the car market had stable and even decreasing prices for about six months this year; But when the factors outside the automobile industry and the Ministry of Security, such as the exchange rate drop, the prices and the market also fluctuated. In cars, unfortunately, as soon as currency fluctuations, capital demands are formed. Even if it is consumer demand, if a person had planned to buy a car for the next three months, in this situation, he will postpone his purchase. In fact, the demand pressure increases for a short period; The collection of these unwanted demands in the market causes the price to change, and as seen, with the drop in the exchange rate, the price of the car also dropped.

خبر پیشنهادی:   Where can we mortgage a house with 500 million? + Price table

Providing a price formula to control the price of assembled cars

Stating that the only solution is to increase the supply so that capital demands do not form in the case of automobiles, the spokesman of the Ministry of Safety said: What we need to do is to increase production, and we really have no other means than increasing production and supply. But on the other hand, there are tools to control the market; This tool naturally works better in a context of economic stability. For example, the price of a Chinese car from private car manufacturers in a neighboring country is 500 million tomans cheaper than its price in our country; In this area, an action will be taken in the near future to control the formula for determining the price of cars with these conditions, so that they can no longer increase the price from one level.

In relation to the price gap between the factory and the car market, Minister Sammat’s adviser clarified: The factory price of Iran Khodro and Saipa products has not changed in the past one year.

He answered that what is the plan of the Ministry of Safety to reduce the price of the factory to the market and what institution is in charge of reducing this gap? He clarified: The central bank is the guardian of the value of money. According to the statistics center’s report on production inflation, it was two percent for the automotive industry in the summer season; It means that we have been able to control the car supply chain assuming two percent monthly inflation. These are the things that the Ministry of Privacy should focus on. The issue is related to macro policies and macro economic variables and it cannot be denied, and everyone knows that these are not in the hands of the ministry of secrecy.

In response to the fulfillment of Minister Sammat’s promise in October of last year to control the car market within a year, Ghalibaf said: “The government is trying to control inflation.” My prediction is that around the end of spring next year and the beginning of summer, the supply in the car market will increase. As mentioned, one million cars will definitely saturate the market, because considering that the country’s need for cars is one and a half million cars, and one million is a number that must be supplied within a year; So by releasing it in six months, it will help control the market. 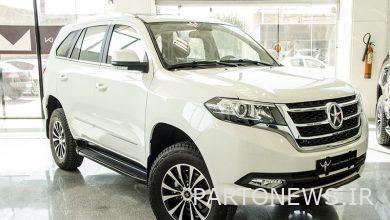 Car price forecast by the end of the year / wait for car price reduction? 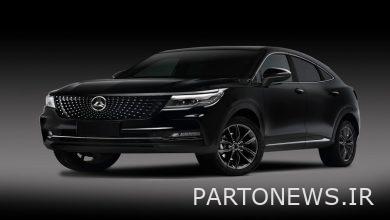 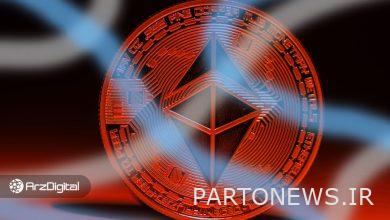