Fars News Agency – Art and Media Group: Documentary broadcast “Unofficial” which was a narrative of less seen and of course different meetings of the great leader of the revolution with the people of science and culture and the elites, has sought wide and different reflections. This documentary, which is a narrator of events and memories and sincere conversations, has interesting edges and is outside of common stereotypes and presents a different and of course real image, this time it has gone to a new topic.

The fifth episode of the “unofficial” documentary will be broadcast on Friday this week, a documentary that narrates the private and unofficial meeting of the supreme leader (Madazaleh) with some jihadi activists and groups serving disadvantaged areas (jihadists)..

In this regard with Sadiq Mofard We interviewed the jihadists present in this meeting to tell about the atmosphere.

At the beginning, referring to the conditions of the meeting, Mofard said: After 1989, which was the only official meeting of the leadership with the jihadists, every year the jihadist groups requested to renew this meeting. There were statements by Hazrat Agha regarding Jihadi movements, which were often raised during his meeting with students, but a meeting between the Jihadists and the leadership had not taken place, and all Jihadi groups were following this meeting and the guidelines of Hazrat Agha.

He continued: After the incident of the Kermanshah earthquake and the flood that affected several provinces of the country, the necessity of this meeting and talking with the leadership was felt even more. The practical arms of this statement are used.

خبر پیشنهادی:   Northern Railway, a pure opportunity for the development of domestic and foreign tourism

Mofard expressed the atmosphere of the meeting and stated: The meeting was very intimate and friendly and the group of people consisted of experienced jihadis. The children were fascinated that the Supreme Leader was so aware of the details of jihadi actions and that it was important to them.

He added: The point that was interesting to me was that jihadist groups and individuals had gradually reached layers of deprivation and these measures of deprivation, division of labor for construction and communication with governing institutions in order to reduce the deprivation of an area were among the things that we It had become important.

A member of the High Council of Jihad Sazendagi stated: But the points that the leadership made and were important to them were of a different nature, and they said points independent of our questions and talks, and they had concerns other than ours, that the day after the meeting, they will write a message to be read in a ceremony. and reach the ears of all jihadists.

Mofard continued: According to Shahbeit, the main focus of these points was on the generality of propaganda movements, the leadership looked at Jihad as a very humane, that people should be removed from deprivation so that everyone can participate in Jihad movements.

He clarified: The discussion of leadership was not based on how many villages you settled, like the general view of jihadi movements, his concern was that you jihadists make up what percentage of the society, so what will happen to the rest of the youth and members of the society.

خبر پیشنهادی:   Pursuing the insurance of crafts artists of Fars province with the presence of the people's representative in the Islamic Council

This jihadist explained about the points of leadership: The important point in these sentences was that the leadership percentages were all 100, meaning that they said if you are 10% of the society, then why don’t the remaining 90% do jihadi work.

He added: In this regard, they raised the point that if you are engaged in jihadi work in a city, you should invite the members and people of the same city to jihadi work.

At the end, Sadegh Mofard noted: The unofficial documentary raises several important points; First of all, this point introduces the leader as the founder and father of jihadi activities, which is a great strength of heart for jihadists; The next point is that it strikes us that if we had tried to convey the leadership’s message in 1998, we would have achieved a good result.

Does the cold cause joint pain?

Discovery of an ancient theater in a remote area 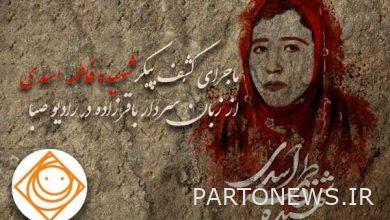 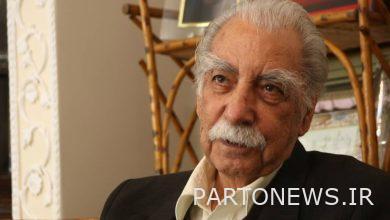