According to the Aria Heritage report, citing the public relations of Golestan Cultural Heritage, Tourism and Handicrafts General Directorate, Ali Mohammad Zanganeh on Thursday, July 23, 1401, in a meeting with Maryam Jalali, Deputy Minister of Handicrafts and Traditional Arts of the country and High Representative of the Ministry of Cultural Heritage, Tourism and Handicrafts, during the visit of the Cultural Commission to Golestan province, which was held at the governorate. Golestan, said: “Strategic plans of 30 departments in different areas under the vision document of the province are being compiled, and our current situation and future direction will be determined based on the plans of the three departments.”
Governor of Golestan emphasized the necessity of program-oriented tourism in the province, and noted: “The strategic plan of the tourism sector is being drawn according to the cultural heritage and handicraft sectors of Golestan province under the vision document, which should be finalized as soon as possible.”
Pointing out that the household income of the province is half of the national average, he said: “There are many capacities in the province and it is a pity that we could not use these capacities properly.”
Zanganeh stated: “Golestan province has countless capacities in each of the sectors of cultural heritage, tourism and handicrafts, which attention and attention will create transformation in the province.”
He reminded: “During the visit of the President of the Islamic Republic of Iran to Golestan province, we approved a facility of 12,100 billion tomans, which can be used to support handicraft artists.”
In the continuation of this meeting, Governor of Golestan said: “The diversity that we are witnessing in terms of ethnic groups and handicrafts and traditional arts at the level of the province requires that we have quantitative and qualitative development in accordance with these capacities.”
Pointing to the important role of craft markets in the boom in the sales of artists’ products in the province, he emphasized: “We will definitely pay special attention to the creation of craft markets and the type of creation and launch.”
Zanganeh said: “We will definitely use the advertising capacity available in the province in order to introduce the productions and products of the artists of the province.”

The need to create a link between handicrafts and the university/ to use the capacity of the border to supply handicrafts of Golestan
The Deputy of Handicrafts and Traditional Arts of the Ministry of Cultural Heritage, Tourism and Handicrafts also said in this meeting: “The link between universities and handicrafts should be established as a chain so that we can see streamlining in this sector.”
Maryam Jalali emphasized that handicrafts can be the key to unlocking the country’s economy, stating: “Handicrafts can be a tourism infrastructure in an area that attracts tourists and travelers.”
Referring to the handicraft capacities of Golestan province, he noted: “The handicrafts of Golestan province also have a cultural attachment due to the existence of different ethnic groups.”
The Deputy Minister of Handicrafts and Traditional Arts of the country added: “Among the ethnic groups of Golestan province, there is a very special prejudice and zeal in supporting their own things, which is commendable.”
He said: “The huge variety of handicraft products in the province requires that a suitable and suitable place for artists to sell these products be created.”
Referring to the necessity of benefiting more from the markets of the neighboring countries of the province for the supply of handicrafts, Jalali emphasized: “The existence of a cross-border bazaar in the province is an important issue in the field of selling handicraft products, and measures should be taken on its structure and content.”
He went on to say: “We must definitely work on the issue of advertising and marketing products and introducing them through radio and other networks.”
The Deputy Minister of Handicrafts and Traditional Arts of the country stated in his speech: “Creation of accommodation and hospitality complexes on the way, as well as suitable sanitary facilities along the main roads, is an important issue for the well-being of travelers and tourists.”
He said: “We must use the capacity of other executive bodies in order to synergize and support artisans.”
Jalali added: “Alavi Foundation, Barkat Foundation, cooperatives and… are very good capacities for the development of handicrafts that we should take advantage of in order to support artists.” 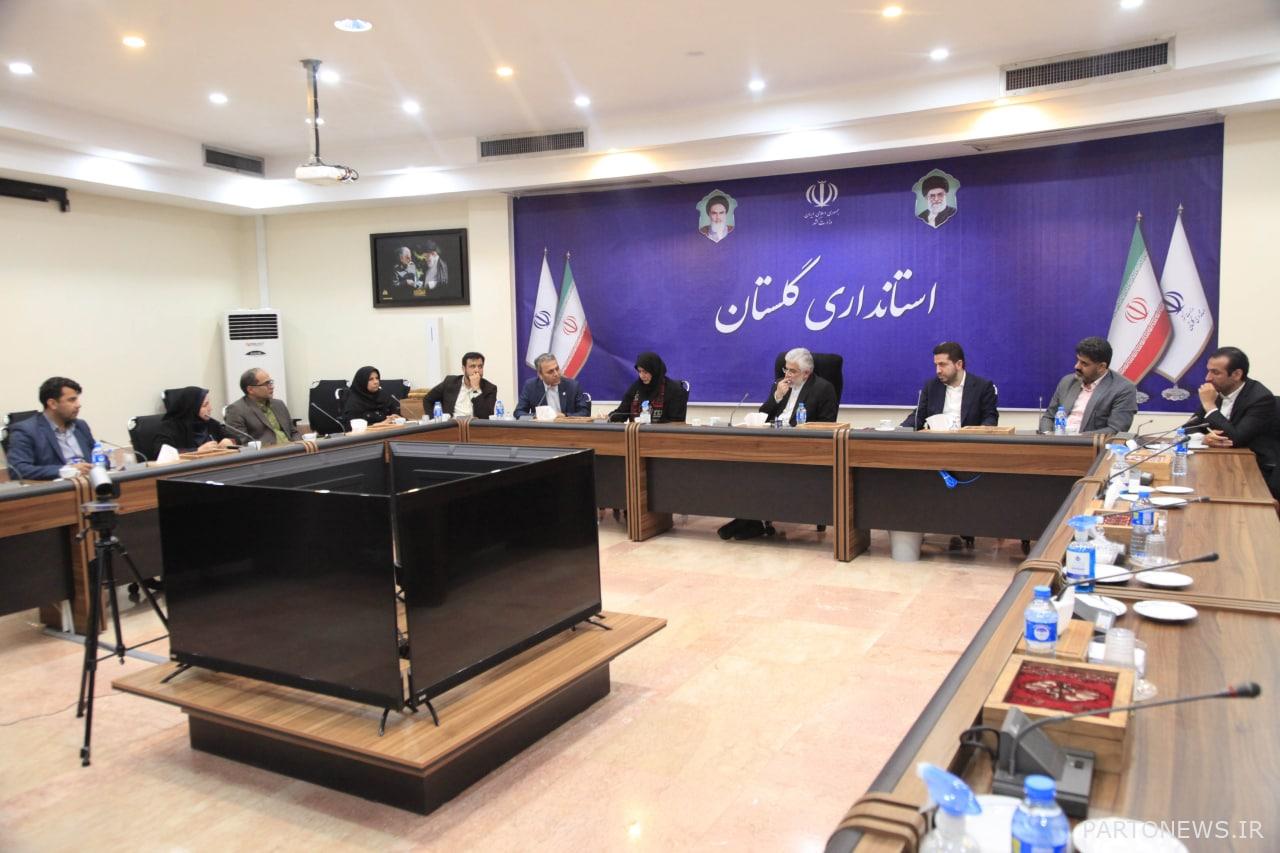 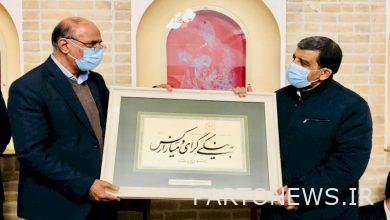 The world bowed to Iranian calligraphy 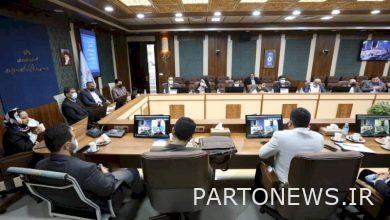