Hence, according to “Suleiman MansourVeteran painter, Palestinian painter artists turned to watermelon (with the main colors of the Palestinian flag) until the Zionists banned it after the first intifada in 1987! 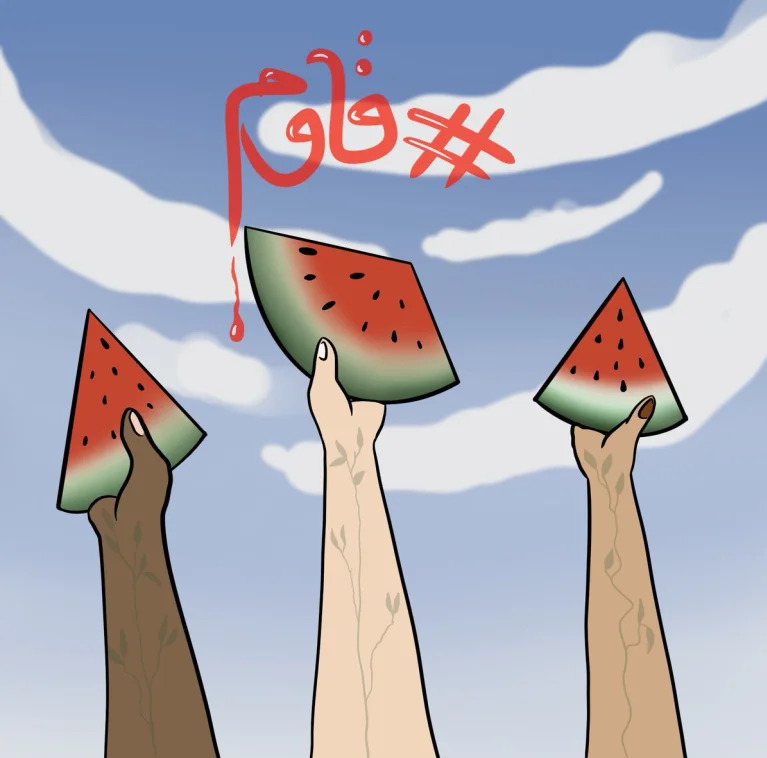 «عبدالوهاب المسیریThe late Egyptian thinker writes in his book Language and Metaphor (2002): “When the Israeli forces pass, the Palestinians cut the watermelon in half.” One of the two halves, which resembles the colors of a flag, is raised so that any sane person can understand the issue of Palestinian colonization.

Last year, some Palestinian activists used watermelon emojis as a visual alternative to the Palestinian flag as a ploy to evade Zionist censorship algorithms and Facebook’s virtual bans. 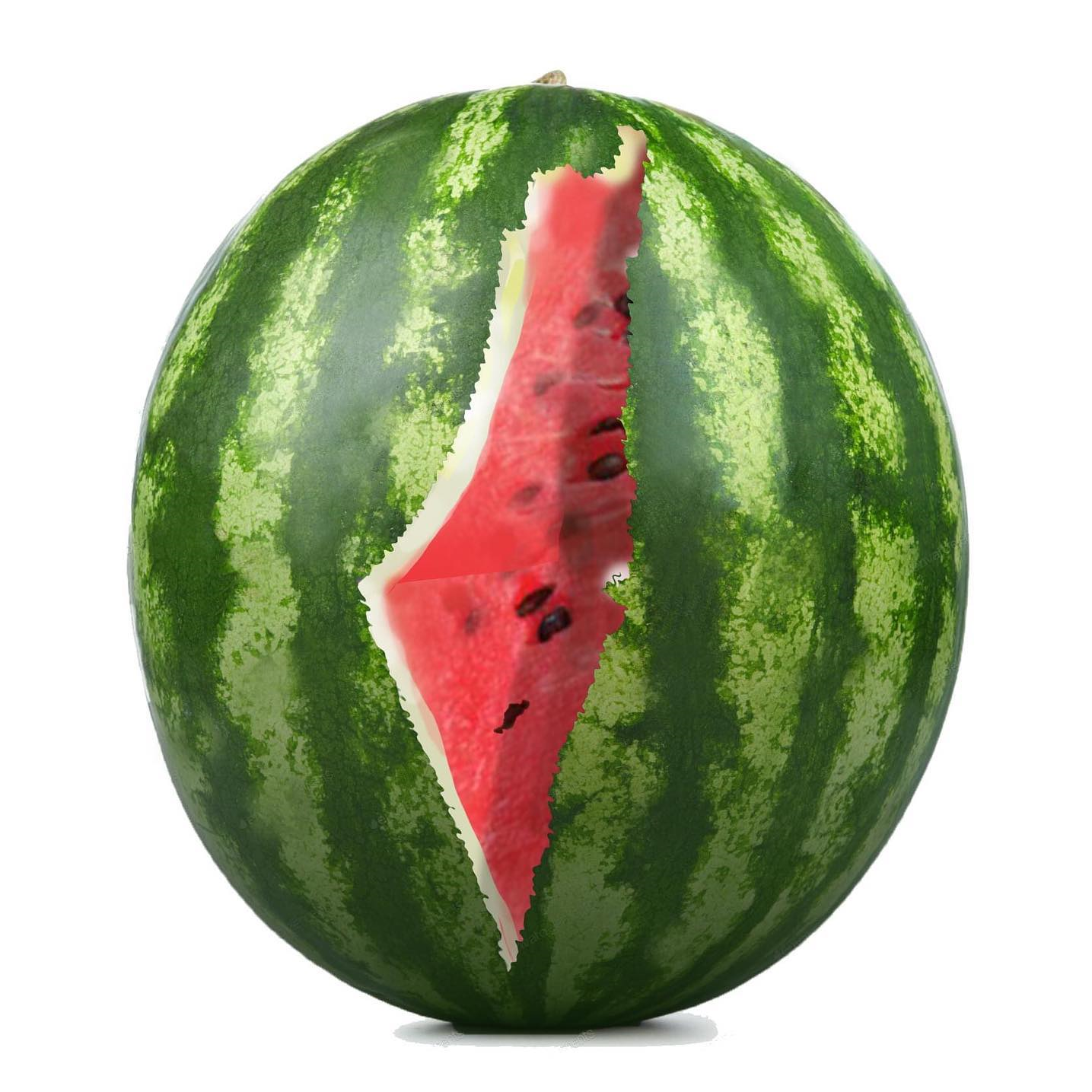 “Art can sometimes be more political than politics,” Khaled Hourani, a Palestinian artist living in Ramallah in the West Bank, whose works are among the images of watermelons circulating on the Internet, told the Washington Post: “Israeli Arab citizens have long been ignored, and they are increasingly asserting their Palestinian identity.”

* History of the Palestinian flag

Palestine News Agency “Wafa” writes about the colors that make up the Palestinian flag: Black is one of the two flags that was raised during the time of the Prophet of Islam; The first flag raised in Islam is the white flag. The color of the Umayyad flag was also white. The Abbasids chose the black flag as the color of their flag. But the color green belonged to the Fatimids, who raised it because of their loyalty to Ali ibn Abi Talib, because when he slept in the bed of the Prophet (peace be upon him), he had a green veil. In the era of hadith, the red flag was a symbol of the elders of Hejaz and Hashemites. The red color was carried by the Muslim conquerors of North Africa and Andalusia.

In 1947, the Ba’athist Arab Socialist Party interpreted the four colors black, white, green, and red as symbols of Arab freedom and unity. Before the flag was formally adopted at the Palestine Conference in Gaza in 1948, a group of national parties and cultural figures suggested that the Palestinian flag be cut into a rectangle with a diagonal line and changed to green and orange. . These two colors referred to the most famous symbols of Palestine, namely orange and olive. This offer was forgotten and the current flag was recognized by the Arab League as the flag of the Palestinian people. 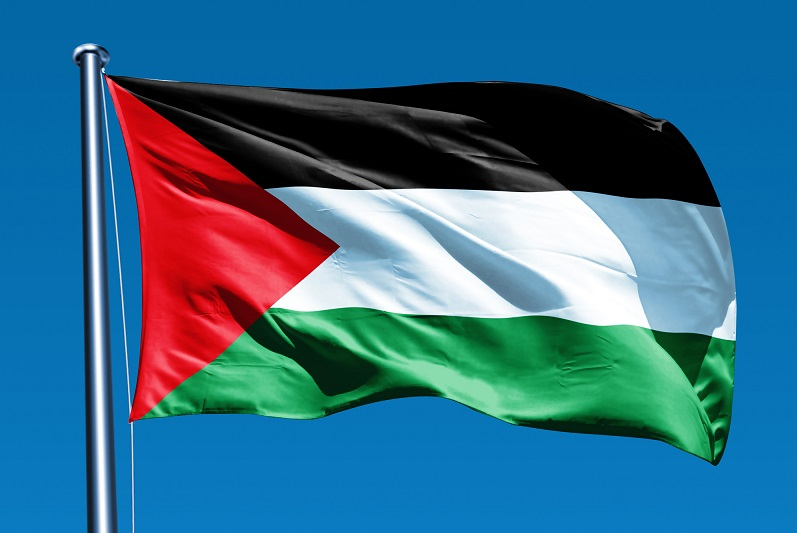 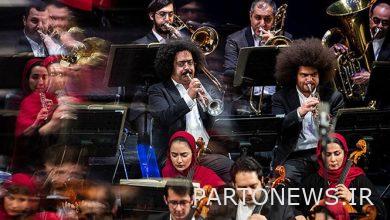 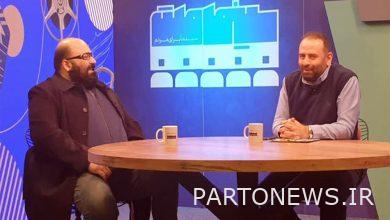