According to Fars News Agency, the match between Masjed Soleiman and Persepolis Tehran oil teams from the 22nd week of the tournament was held on March 11, 2014 and according to the votes issued by Masjed Soleiman Naft coach Javad Barzkar due to mistreatment of the official official of the match (referee) Which led to his dismissal, he was sentenced to two sessions of deprivation and payment of three hundred million rials. The deprivation can be appealed.

Also, Masjed Soleiman Oil Team was fined 300 million Rials and 500 million Rials, respectively, for non-compliance with the rules of the game (presence of spectators in the stadium) and insulting and insulting the official officials of the match by the agents attributed to the club (leaders).

The match between Zob Ahan Isfahan and Arak Aluminum teams of the 22nd week of the tournament was held on March 11, 2014, and Mehdi Ramezani, the media manager of Zob Ahan team, was suspended for two sessions due to mistreatment of the official of the match that led to his dismissal. He was sentenced to three hundred million rials. The deprivation can be appealed.

Mostafa Ahmadi, a player, and Ali Ghaleh, a kind of coach of the Arak Aluminum team, were suspended for one month for six months due to abuse of an unofficial position and unsportsmanlike conduct, each paying two hundred million rials and one hundred and fifty million rials, respectively. Were convicted.

Yousef Bakhshizadeh, an aluminum coach, was also sentenced to one session of suspension from Premier League matches and fined 250 million rials for misconduct against the official official of the match, which led to his dismissal.

The match between Tehran and Rafsanjan Copper teams of the 21st week of the National Football Premier League was held on March 12, 2014, and the fan team was fined 200 million Rials for team misconduct resulting in obtaining five cards.

Mohammad Hassan Rajabzadeh, the coach of the fan team, was sentenced to a suspended suspension from the Premier League matches and fined 200 million Rials for abusing the unofficial official of the match.

Rafsanjan copper coach Hassan Moradi was also sentenced to a suspended suspension from Premier League matches and fined 200 million rials for mistreating the unofficial official of the match.

Ebrahim Sadeghi, the coach of the Rafsanjan copper team, was fined 300 million rials for incitement leading to a clash between the teams’ benches and unsportsmanlike conduct.

Sardar Salami: The Palestinian people have realized that they will not achieve their goals except through jihad

Blinken: Iran is a few weeks away from building a nuclear arsenal - Mehr News Agency | Iran and world's news 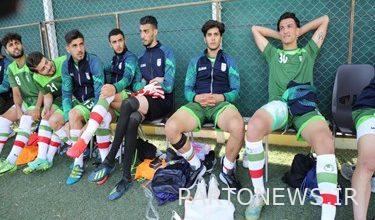 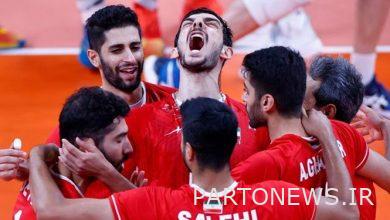 The star of the national volleyball team was injured 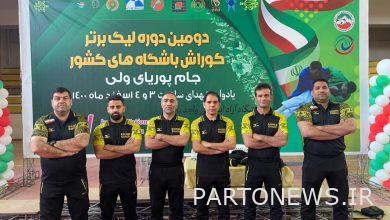 Army Kurash Raad Defense Team Manager: We expected to go on stage for the first time 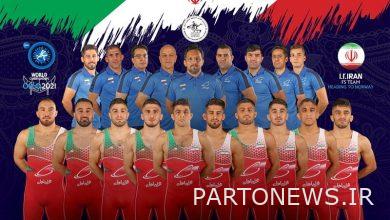