This senior analyst of national markets stated: In this situation, the rates in big cities have reached a point where maybe 80% of people cannot afford housing.

Referring to the plan of the National Housing Movement, he said: Usually, plans such as the construction of four million houses are for when there is a crisis, and in this regard, there are no immediate policies available regarding housing because the prices have increased in such a way that it has made these relations meaningless. !

The need to change government policy in new cities

He emphasized: Regarding the new cities, the government can build a large number of housing there, but the main issue in the new cities is to create employment; Now, many people who are in big cities return to their own city if they have a job. For this reason, the issue of urban development is complicated and the city should be built where it is possible to create employment.

In an interview with City of Burs, this financial market expert stated that “the creation of a new city has become very complicated”, and said: the government must bring major resources for this; For this reason, I think the government should implement the policy of the 80s, give the difference in interest and give purchase loans. I know that the government does not have such a possibility, and as an expert, I think that loans that owe the principal amount and use the difference in price are the only ways left for the first homes.

He continued: I don’t have much hope for the government’s plans because it doesn’t have the resources and people shouldn’t expect the government to build housing. Unfortunately, the rate of renting and marginalization will increase, because the current prices have exceeded the limits of the buyer’s ability.

The stock market does not grow for a competitor

These days, the capital market has again faced the growth of value and volume of transactions, and the shares of most companies are traded in a positive range. Abdo Tabrizi, who was also the former general secretary of the stock exchange, has assessed the capital market as “unrivalled” for growth.

Regarding the state of the capital market, he said: The market’s activists believe that there is no price bubble and that growth is possible both in terms of rising inflation and currency prices, and in terms of the fact that commodity prices are not decreasing, and therefore there is hope in this way. They also have

He continued: In terms of alternative investment; No other methods are available. Due to the current conditions, the capital market has fewer competitors for growth than ever before.

He added: Companies that wanted to get working capital from banks are now facing this problem. Of course, the Central Bank has also done this for some reasons, but many similar examples can be cited on how this relationship is established.

خبر پیشنهادی:   How much does it cost to get a mortgage for married people? - Tejarat News

This prominent economist added: The theory is that when a country tries hard and puts so much pressure on the people to bring the currency to a lower price, it should set the currency to a single rate. Since the single-rate currency did not exist, there is a possibility that the semi-currency and the market currency will be far apart and again in one or two years, people will be under huge pressure.

In response to the question, “Is it possible to control the exchange rate with such strategies or not?”, Abdo Tabrizi said: Currently, the government says that it will keep the Nimai currency at this price for two years, and this means that the currency in the market Azad should not be too far away from this price. 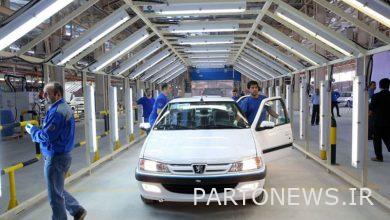 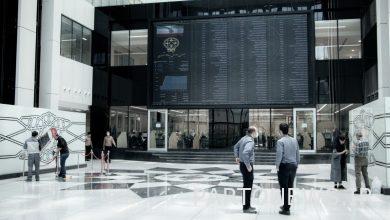