Parvaneh Ramin on Monday evening in a regional meeting held with the physical and online presence of some women entrepreneurs, general managers of the provincial women’s affairs office and women’s affairs consultants of the Silence Organization of Khorasan Razavi, North Khorasan, Semnan and Golestan provinces, added: One of the signs of development in societies is the level of productivity and use of women’s capacity in the political, social and cultural fields, and this organization seeks to network, educate and empower women entrepreneurs and market their products in the country. Has a coherent planning background.

He said: “The more developed countries are, the smaller the gap between the development of men and women, so improving the situation of women is one of the main requirements for improving development indicators in society. In this regard, the Office of Women and Family Affairs of the Small Industries Organization and Iran’s industrial estates pursue three goals in the field of women entrepreneurs and artisans in the country.

He said: “The first goal is to network women entrepreneurs in order to create a suitable environment for women’s economic interaction. In this regard, the Office of Women and Family Affairs of the Small Industries and Industrial Towns Organization of Iran to hold regional meetings It aims to attract the strong participation of women in sustainable development.

The Director General of the Office of Women and Family Affairs of the Small Industries and Industrial Towns Organization of Iran said: The second purpose of this office is to provide the necessary training to women entrepreneurs to train and empower them in the form of training courses, the third purpose is marketing the products of women entrepreneurs In the form of setting up seasonal and permanent exhibitions and their presence in international exhibitions, steps have been taken in this direction.

خبر پیشنهادی:   Deputy of the Relief Committee: We seek to increase the work culture and risk-taking in the clients

Ramin, completing the supply and production chain in the field of women entrepreneurs, transferring the experiences of successful women entrepreneurs, synergy to improve technical skills and knowledge and start small businesses, receiving proposals and summarizing indicators of women’s business development. He mentioned the goals that are pursued in regional meetings with women entrepreneurs in the country.

He said: “Finally, the world economy is experiencing a knowledge-based economy with the fourth wave of the industrial revolution. The realization of this production system has such significant economic achievements that its main components are at the top of the planning priorities of developed and developing countries.” Therefore, women entrepreneurs are also expected to seek knowledge-based products.

Ramin added: “Women entrepreneurs in the country are facing many problems due to the difficult economic conditions, but they have sacrificed their lives and property to keep the engine of the country’s industrial economy running.”

Advisor for Women’s Affairs, CEO of the Small Industries and Industrial Towns Organization of Iran, said: “Currently, there are 1,017 approved industrial towns in the country, of which 832 towns have been exploited.”

Referring to the existence of 44,069 hectares of industrial land in the towns and industrial areas of the country, he added: “So far, 95,415 contracts concluded with entrepreneurs and craftsmen have been registered in Iran’s industrial towns, which has created 961,731 jobs.” .

Ramin stated: 89 workshop complexes, 6 technology towns and 38 business service centers are also operating under the management of the Small Industries and Industrial Towns Organization of Iran, and so far 41,503 training courses have been held for craftsmen, which has led to training 1,100 There are 1,000 people, and so far 4,135 industrial tours have been organized by this organization, of which 93,000 people have participated in these tours.

خبر پیشنهادی:   Achieving entrepreneurship in adolescence is the result of a combination of talent, interest and will

In this meeting, some women entrepreneurs from Khorasan Razavi, North Khorasan, Golestan and Semnan provinces expressed their capabilities and problems. The province was honored.

During her three-day trip to Khorasan Razavi province, the Advisor for Women’s Affairs, Executive Director of the Small Industries and Industrial Towns Organization of Iran, visited 10 women’s industrial units in the industrial towns of Binalood, Toos and Torbat Heydariyeh.

Penis that are ready to jump; 5 Digital Currencies to Check This Week 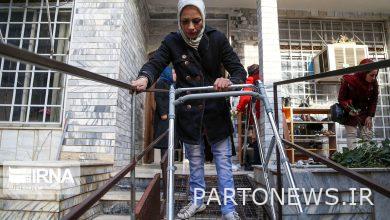 Deputy of the Relief Committee: We seek to increase the work culture and risk-taking in the clients 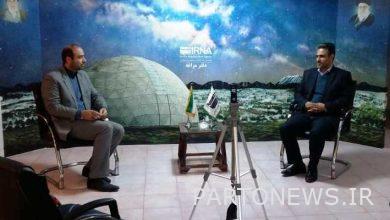 Head of Unit: Maragheh Azad University is moving in the direction of entrepreneurship 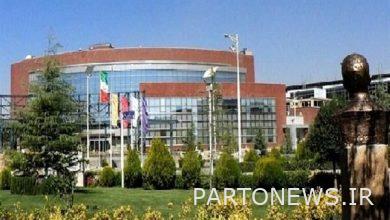 Public and guided tours of the campus technology park are held