According to Tejarat News, the President’s visit to all agencies, institutions, organizations and ministries for the past 4 days Governmental Ordered to introduce and hand over all the lands and lands at their disposal to the Ministry of Roads and Urban Development within a maximum of one month.

According to the world of economyThese lands are to be used to provide the land needed to implement the government housing project – the construction of one million housing units per year.

The decree was issued while studies show that as long as the cost of property for government agencies and other landowners is zero and the acquisition and maintenance of residential land and property is not only cost-effective but also highly profitable due to the high added value of the property, agencies and landlords State-owned legal entities refuse to cede these lands in favor of the implementation of housing projects.

In fact, as long as strong tax leverage is not used to create the risk and cost of freezing real estate, even landlords Governmental They are also resisting the transfer of their frozen lands for housing projects.

Failures of the government housing plan

Ebrahim Raisi said: “The necessary facilities and capacities to achieve the goals of the National Housing Movement are fully provided, but these capacities must be properly managed and implemented.”

The President added: “In the last 8 months, good measures have been taken to implement this law, which was necessary but not enough.”

He continued: The officials of the Ministry of Roads and Urban Development, governors, central bank and operating banks and all agencies responsible for implementing the law on housing construction leap, make creating a real leap in housing construction as one of their main priorities and try to raise household concerns about housing costs Resolve to an acceptable level.

He said: the delays in the implementation of the project in terms of realizing the credit line of providing resources to the National Housing Fund, depositing tax revenues of land and housing to this fund, transferring potential lands to the Ministry of Roads and Urban Development and governorates, accelerating the issuance of necessary permits For example, the provision of municipal and infrastructure services by the municipalities and any other delays and backwardness must be eliminated in the shortest possible time.

The President added: “The agencies and departments that own the land, in coordination with the Ministry of Roads and Urban Development, can use them to build the housing needed by registered employees themselves.”

It is also necessary to fully coordinate the responsible agencies in the implementation of the Housing Leap Law.

The President also instructed the governors to assign the lands at the disposal of the agencies within a month and to announce the result to the Ministry of Roads and Urban Development.

The President also ordered the construction of 118,000 housing units in 21 new cities in the framework of the National Housing Movement with the Iranian and Islamic model and the use of industrial methods of mass housing construction and stated in this regard: , The housing construction sector is one of the main drivers of the country’s economy.

He pointed out: “Today, in addition to the good experiences that exist in the world in the field of housing industrialization.” Inside the country, leading companies in the field of building industry and the use of knowledge-based achievements are active, which should use these capabilities and experiences to boost the housing industry, use the achievements of knowledge-based, create jobs, reduce construction costs and improve quality indicators.

Minister of Roads and Urban Development Rostam Ghasemi also clarified: the plan to build 4 million housing units is perhaps the largest government project, the implementation process and results of which are completely transparent and can be reviewed and evaluated.

In this meeting, the Ministry of Roads and Urban Development presented approvals in three areas: land, facilities and materials. The proposals in the areas of land and facilities were reviewed and approved, and the decision on the proposals of the materials sector was postponed to the next meeting. 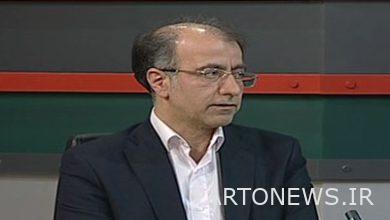 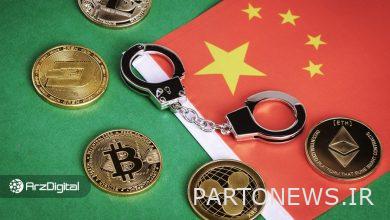