According to the sports correspondent of Fars News Agency, Ricardo Sapinto said in his introductory ceremony as the new head coach of Esteghlal: “First of all, I would like to thank Ajurlu who invited me to Esteghlal Club and I am very happy to be here.” Esteghlal is one of the biggest teams in the world. It has nearly 40 million fans.

* Esteghlal is always used to winning

He added: “Esteghlal is always used to winning.” Last year, he became the league champion and won the games one after another. Now is the moment I dreamed of achieving and even dreamed of being here.

He added: “It will be one of the best moments and experiences of my life and I hope we can work together to win another championship.”

* We will only think about winning

Sapinto said: I tell all of you dear ones that we will always keep the fighting spirit and we will think about winning. From here, congratulations to all the teams (here, the translator used the name Traktor as the champion instead of Esteghlal), the staff and the head coach for the championship last season. I also congratulate the previous coach Farhad Majidi who did an extraordinary job.

The new head coach of Esteghlal stated: I saw many games from Esteghlal and I have to watch many games as well. I must also say that the reason for winning independence was the quality of the players. They were very consistent in defense. They fight a lot as a family and are together.

خبر پیشنهادی:   We want 2 more players/ the second leg must be without spectators

* We must increase our sense of fighting beforehand

“It was a lot of intense competition and they had no losses,” Sapinto said. They had a great season and this trend should continue in the future. The future is next season. We know we have a serious responsibility. Everyone is trying to win the championship this year. I’m sure we will work harder than ever. We have to be more prepared than ever and increase our sense of fighting beforehand.

* Players must be angry to win and continue the championship!

* I just want to bring 4 championships for Esteghlal

The Portuguese coach continued: “They once tasted and won a championship that is very heartwarming.” We do not want to lose. As I said, we all know we have a very big challenge ahead. I talked to the CEO that you do not want me to do an extraordinary job and I just want to bring four championships for the great Esteghlal team.

Possibility of Mohammad Nouri in the technical staff of Zobahan 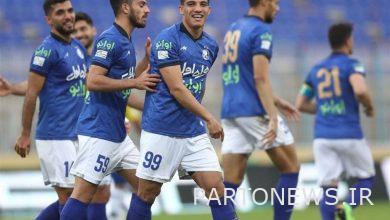 Half of the championship in blue; Persepolis is still hopeful + results and tournament schedule 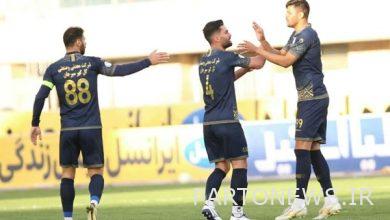 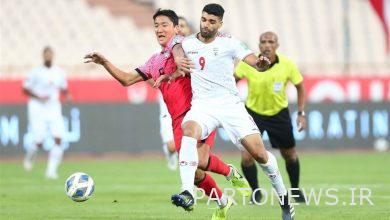 Zulfiqar Nasab: The national team should play with authority against Korea and Lebanon / Golmohammadi’s resignation is tainted 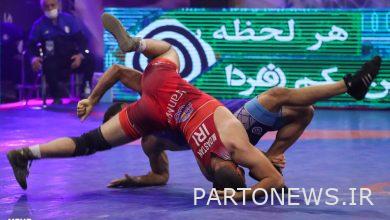