According to the sports reporter of Fars News Agency, Mostafa Sedaghat stated in the press conference of the final match of the National Cup against Arak Aluminum: “The final game has always been sensitive, important and exciting.” The two teams reached the final with special conditions and proved their worthiness by leaving the big teams behind.

He continued: “I am sure that the textile and aluminum game will be one of the most exciting and lively matches of our league and cup this year, and I hope that good things will happen to us.”

The textile coach said about whether the city of Ghaemshahr has the necessary facilities to host the matches of the Asian Champions League if the team wins: “The club managers can answer better about the details of this issue, but I know after the president’s visit and his insistence on solving problems.” All provincial officials are trying to resolve the issues of the national stadium. In other cases, I do not think we have a particular problem. I do not know what AFC items to host, but club managers can speak better.

Sedaghat, who has a history of winning the National Cup with Traktor, said that he and Saket Elhami have prepared the textile players mentally well to meet Aluminum: “After playing with the good team of Mes Kerman, all the senior managers of the club and the person Elhami emphasized on the calm of the team so that the textile collection could enjoy participating in this game. We do not want to think about what happened after meeting Aluminum and get involved in the excitement of the game. Silent inspiration always emphasizes to enjoy playing.

He pointed out: “The club emphasizes emphasizing that we should make the best use of the good opportunity to show the quality of football and the potential of textile fans.” Do not doubt that good things will happen. Reaching the FA Cup final in the presence of all the greats of Iranian football was perhaps a divine gift to the great and generous heart of Reza Haddadian, who carried the burden of the team.

The textile coach pointed out: “While our team had an additional cost compared to other teams.” We had to hold competitions in different cities every week. This final was a gift to Saket Elhami and his team, who showed sobriety. We flew from city to city every week as guests. It was also a gift to our fans who could not see a single training session of their team for a year. That is why not all the players and the team of tomorrow have the right to take a step back from the dream that they struggled and played so hard to achieve.

Sedaghat added: “We promise the fans and the team to fight like a fighting fighter until the last moment and not to back down.” We have to fulfill the wishes of the fans, and I promise that good things will happen to us with the help of the players, the support of the fans.

He answered about how much they are worried about a beautiful game for tomorrow’s match: In all our big games this season, the quality of textile competitions has been very clear. This issue is not only a concern of the staff and players but also the management of the club. In order for the team to have good football quality, they were willing to pay double the burden. We chose Imam Reza (AS) Stadium for this reason. Thanks to the efforts of Saifullahpour and the owner of the club, we chose one of the best training grounds. All of this comes at a cost. Aside from the silent inspiration, assistants and players, the club is also concerned. Even if we gave up the game, the quality of our football bothered our opponents. We put pressure on the other teams technically and football-wise. Do not doubt that the silent team of inspiration is looking for good football, but maybe the result will be different.

خبر پیشنهادی:   Asian: If it rains from the sky, we will play to win / We still do not know if our game is with the spectator or not

April: The Board of Directors of the Football Federation has strong documents against Azizi Khadem / Clearance must be done at all levels 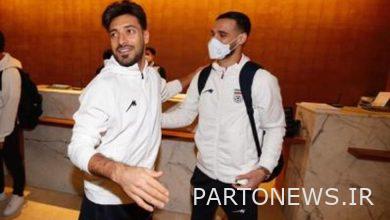 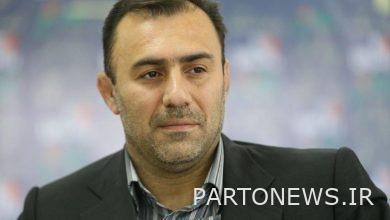 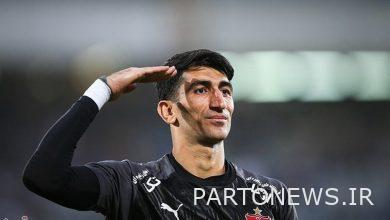