According to the sports reporter of Tasnim News Agency, the 21st season of the Football Premier League will end today (Thursday) with five matches, the league in which Esteghlal won and the teams of Fajr Sepasi and Shahr Khodro Mashhad were relegated to the first division league. In this situation, perhaps the only important equations left in the league are the competition between Persepolis and Sepahan for the runner-up title, and Foolad and Golgohar for the fourth place in the table. However, the Persepolisians are very hopeful that with the vote of the disciplinary committee, the result of the meeting with Traktor will be announced in favor of this team and their runner-up will be registered. Below we take a look at the final five matches of this season:

A meeting in which the place of the guest and the host has changed. The Fajr team, who have been facing ground problems since the beginning of the season, were forced to host Persepolis in Tehran and Azadi Stadium in the final week due to the poor condition of Shiraz stadiums, which is very strange in its place, but apparently the Fajr team had no other choice. The students of Mojtaba Sarasiai, whose relegation to the lower league was officially confirmed last week, will now face Persepolis, who will miss the final week of the league with an absent team.

Reza Asadi, Hamed Lak and Ali Shojaei (suspension), Vahid Amiri (injury) and Mehdi Torabi, Milad Sarlak, Vahdat Hananov, Manouchehr Safarov and Sherzoud Tamirov (presence in the national team camp) along with Yahya Golmohammadi missed the meeting with Fajr Sepasi It has been given for the technical staff of the whites to enter the final week of the league empty-handed.

The Whites, who are second in the table with 57 points, need three points to secure their place and runners-up in the Premier League so that they no longer have to worry about the disciplinary committee’s decision on the semi-final match against Traktor.

خبر پیشنهادی:   President of the World Taekwondo Federation: The performance of Iranian women in the Asian Championship was valuable

Golgohar has had a brilliant performance in recent weeks and is still vying for the fourth title with 100% points in the last four games. The students of Qala-e-Novii are lower than the men of steel and are in the fifth place only due to the defeat against Foolad in a face-to-face game. Zobahan, which has not managed to defeat Golgohar so far, has tasted victory only once in the last six weeks, and if it defeats the representative of Sirjan, it will finish the 21st league in the seventh place.

Despite being relegated to the first division, the Mashhad team is looking for a dignified end in the Premier League, although Davood Seyed Abbasi’s students will not have a simple task in front of the only Iranian representative in Asia to create surprises in the final week. Due to Fajr’s hard work against Persepolis and the possibility of losing points in this game, Shahr Khodro has a chance to say goodbye to the Premier League with better rankings from the bottom of the table if it wins.

On the other hand, Foolad and Golgohar have a tough competition to be in the fourth place of the table, so this game is like a final for Foolad, which if it wins, it can strengthen its position among the top four teams in the 21st league.

The blind side of Sepahani’s hope to reach the second place is the victory in this game and the hope of Persepolis’ failure against Fajr, events that will not register the runner-up position of Navidkia’s students if they win, and they should hope that the disciplinary committee will vote for the match. Announce all of Persepolis and Traktor in favor of the Tabrizi team. The points that show well that Sepahani have a very small chance to reach the second place at the end of the 21st season, and even Muharram Navidkia announced in a press conference that his team no longer has a chance to reach the runner-up position in the league.

خبر پیشنهادی:   The manager of the national basketball team will come to Iran, but not soon

One of the most influential teams in the league, with the elimination from the FA Cup and the Asian Champions League and the failure in the Premier League, did not have a good season at all and now, at the end of this season, is at least looking for a victory in its home stadium.

On the other hand, Mehdi Rahmati and his team, who have had a sinusoidal performance in recent weeks, with a possible victory in this game, can raise themselves to the seventh place in the table, and this may be an additional incentive for the Aluminum in tonight’s game. This team is in the seventh place of the table with 36 points.

The tenth and eleventh teams of the table are competing in the city of Abadan, while this city is still in grief over the catastrophe of the Metropol building. Two days ago, Alireza Mansoorian and some of his students went to the building to help rescuers. In any case, in a situation where Abadan is going through difficult days, perhaps the only happiness of the people of this football city is to be able to bring the enthusiasm of life back to this city once again.

The dispute between the oil industry and the fans will not have much effect on the position of the two teams, but the confrontation between Mansourian and Enayati, the two former captains of Esteghlal, could be one of the attractions of the final week of the Premier League.

The schedule of the remaining matches of the 30th week of the Premier League is as follows: 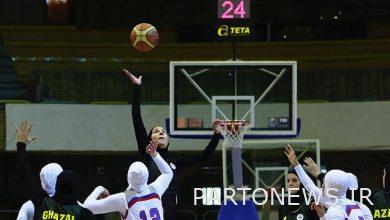 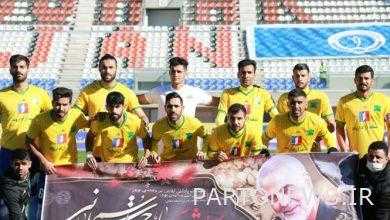 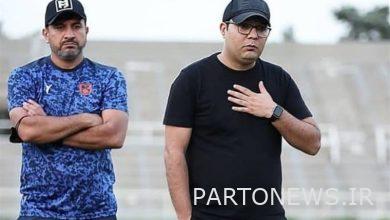 Rabiee: Tomorrow we have an important game with the talented Masjed Soleyman Naft team 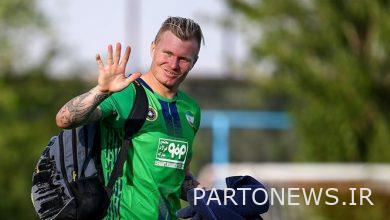