According to IRNA, Farzad Koohian stated: “In the game against Gorgan Municipality, we could not have the necessary focus, on the other hand, we were bad and we have to accept this.” The pressure of the matches and more fatigue were caused and the injury has gripped our team.

He continued: “The foreign players of the municipality are good and we must accept that they are better than us.” The conditions of the municipality are extraordinary and I have never seen this team so fresh and lively. The players of this team had extra energy last night, but the work is not over and we have to prepare ourselves for the fourth match of the final series so that we can return to the game.

The head coach of Zobahan basketball team emphasized: we will rebuild ourselves for the next game. I hope that despite the injuries of several players and the conditions that have prevailed over us, we will be able to return to the conditions of the game in order to defend the legitimacy of Isfahan basketball well.

Referring to the conditions of this team, Kouhian reminded: the teams should be seen with one eye. The disciplinary committee will disqualify my players, but the municipality will be suspended, and our request is to provide more assistance in this situation and allow the teams to play on equal terms.

It is worth mentioning that the fourth match of the final series of the Basketball Premier League between the teams of Gorgan Municipality and Zobahan Isfahan will be held on the 11th of April at 20:15 in the basketball hall of Azadi Sports Complex in Tehran. 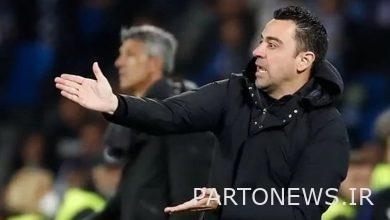 Xavi: We won a gold medal / Sociedad really bothered us