According to Fars news agency, the meeting to sign a memorandum of understanding between the 13th “Film 100” international festival and the Sima documentary channel was attended by Hamidreza Jafarian, the head of the policy council of this festival and the head of the Surah Cinema Organization, Mohsen Yazdi, the director of the documentary network, and Yusuf Mansouri, the secretary of the “Film 100” festival. It was held on Saturday, the 17th of January, in the conference hall of the Surah Cinematic Organization.

Yusuf Mansouri, the secretary of the 13th 100 Film Festival, said at the beginning of the ceremony about the contents of the memorandum: According to this memorandum, the documentary channel will give the director of a selected work among the documentary works that entered the 13th 100 Film Festival, a certificate of appreciation and a certificate worth 500 million Rials. will donate to make the next work.

Mansouri continued by stating that regardless of the number and number of the signing of this memorandum, it is a happy event that can continue in the following years and said: especially for young people who are in the steps of starting their careers, signing this memorandum is visible and motivating. Most of them help, and also this kind of support for the festival makes the process of these policies continue in the following years, and we thank Mr. Yazdi for his trust in this festival and also Mr. Jafarian for managing these policies.

Furthermore, Mohsen Yazdi, director of Documentary Network, stated that we have many festivals in Iran, but for this festival to be a festival in the true sense of the word, there are not many of them. Talented forces and their training and introduction to the production centers. This happening today and signing this memorandum to support the filmmakers is our duty and God willing, we will fulfill our duty.

خبر پیشنهادی:   Do not deprive people of happiness

Hamidreza Jafarian, head of the Policy Council of the 100 Film Festival, in the continuation of this meeting, emphasized the good relationship between the Sourah Cinema Organization and the Documentary Network and said: We tried to expand our relationship with this network with Mr. Yazdi’s hard work and cooperation, and fortunately, this has gone very well until today. Is.

Jafarian further added: I think the oppressed section of the 100 Film Festival is its documentary section. Mr. Yazdi himself was on the jury or the policy-making council of this festival for several periods and is aware of its progress, but I think that the neglected part of the 100 Film Festival in the previous periods was the documentary format, whether in the promotion and appeal sections or in the support and Supporting and appreciating the documentary makers present in this festival should be paid more attention to.

The head of the Sore Film Organization continued by saying that making a 100-second documentary might be more difficult than fiction films and said: In a documentary, we are faced with a sense or a show less than in a fictional space, and the message and words must be in the form of a documentary, that’s why in a documentary Designing a narrative and creating a short work is a difficult task, and perhaps one of the reasons why documentary makers rarely go to the making of a 100-second short documentary is that I hope, God willing, that the documentary sector will be more prosperous in this era.

At the end of this meeting, a memorandum of understanding was signed between the 13th 100th International Film Festival and Sima Documentary Network, and Mohsen Yazdi also visited various departments of the Soura Cinematic Organization.

The end of the message/T 47

Revenge of one vote; The successful coach went to the same 77-year-old 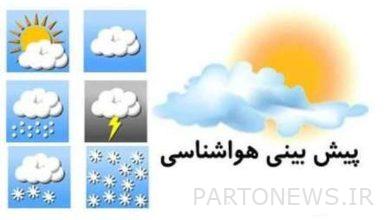 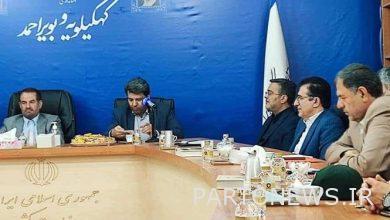 Faith in saving the world was my most important issue