According to Tejarat News, the Ministry of Silence is still out of the executive regulations Car import It has not been revealed, while some former formal and informal importers have entered into negotiations with foreign car companies to take action as soon as the legal barriers to car import are removed.

Quoted from the world of economyIn March of last year, during an intrusive visit to Iran-Khodro, the President issued eight car orders. Determining the task of importing cars into the country until June of this year was one of the orders of Ibrahim Raisi.

After the government gave the green light to resume the entry of cars into the country, the Ministry of Silence prepared a proposal in this regard and sent it to the Cabinet. .

Although the car policy has not yet been finalized by the car policymaker, it is widely reported that some car importers and car dealers, and even potential players in these products, are in talks with their former partners and other foreign carmakers or dealers. They have started in neighboring countries.

Currently, Chinese companies are assembling cars in Iran and have established their market share in products over one billion tomans. Now, if the government is reportedly interested in importing cars worth seven to 20 or 25 thousand dollars, Chinese products seem to be a priority. Products from motorists with bikes, or some Brilliance cars, or even non-compliant, comply with the conditions set by the Ministry of Silence.

Accordingly, the exclusive presence of the Chinese in the import market has not yet been confirmed by any official; This is at a time when the emphasis on the entry of “economy cars” or “cheap cars” by the Minister of Silence and his deputies can make this option possible.

As mentioned, the executive regulations for entering the car are not specified, however, there are some questions about how to resume it.

Among the questions related to the discussion of reopening the car entry road, how to determine the price of cars in the market is undoubtedly the first question that arises. Sellers and buyers of foreign products do not know if the lock of car imports is removed and we see the presence of 2022 products in the imported market, then the direction of 2017 and 2018 model cars will be in terms of price.

The next issue that needs to be addressed by resuming the import of cars into the country is related to the importing companies that entered the field of car assembly and production by changing the direction of their activities during the ban on importing cars. Now that we are going to see the smooth entry of cars into the country once again, it is not clear which area yesterday’s importers and today’s assemblers will choose to continue their activities.

Prior to the ban on the import of cars into the country, the UAE and Oman were considered as two sources for the import of products of international brands into the country by importing companies. In other words, the two countries were considered as the main source of nutrition for the imported car market, and activists in this field paid more attention to these two routes than other routes.

خبر پیشنهادی:   What is the impact of the negotiations on the housing market?

But can the arrival of new actors create the conditions in such a way that we see the arrival of international brand products from other directions as well, or do the countries of the Persian Gulf still have the upper hand in the source of loading imported cars? What is clear is that the answer to each of the questions and ambiguities raised raises an issue related to the import market in the post-embargo period, and that is that with the unveiling of the new import regulations, changes in actors, routes, as well as the type We will be a brand in imported cars to the market.

Delay of the automotive policymaker in publishing the executive regulations Car import To the country further strengthens this speculation.

Finally, the imports available in the market

It has been about four years since new cars came to market. This event has caused the 2017 model cars as well as the 2018 model as the latest series of imported cars to have the upper hand in price.

In fact, the zero-kilometer products present in the imported market are the mentioned models. The strange thing about the import market was that the farther we went from 2018, the price of imported cars, relying on doping, the ban on car imports, as well as the jumps in the foreign exchange market, conquered new peaks instead of lowering prices.

It got to the point where the price of cars on the market, which are sold at a much lower price internationally, is equal to the price of 2022 luxury cars, given the free market exchange rate.

Now that we are once again witnessing the unlocking of the car entrance gate to the country, market participants are trying to predict the situation of 2017 and 2018 cars in the market before the 2022 models enter the market.

Some importers of the imported car market emphasize that the arrival of new cars will undoubtedly lead to a drop in the price of existing cars in the market; Others, however, have differing views on the question of how long the decline will continue and how far the price of imported cars on the market will fall.

Farbod Zaveh says: The fall in the price of cars in the market depends on the type and brand of incoming cars. This car expert continues At present, in the absence of the executive regulations for the entry of cars into the country, several speculations are heard regarding the price range of cars imported into the country.

Therefore, we have to wait and see which cars will be allowed to enter the market after the unveiling of the car import regulations. In this regard, another car expert emphasizes that car import costs (duties and tariffs) have not decreased during the period when imports are prohibited, so one can not expect cheap cars to enter the country. Accordingly, the liberalization of imports in this way will not cause a price break in the market price, but will only increase supply in the market. Although it may be a shock to the market, it is temporary.

خبر پیشنهادی:   Is the cement industry suitable for investment?

The ban on cars entering the country from July 1997 was suddenly announced by the car policy maker and the route Car import It was also blocked to the country.

Car importers each devised a roadmap for their business shortly after it was decided that the car would not be unlocked soon. Some importers focused on after-sales service, some reduced their market presence from a supplier to an intermediary, and became more involved in buying and selling imported cars.

A number of importing companies preferred to temporarily distance themselves from the market and transfer their capital to other markets during the car ban.

Of course, there were some importing companies that entered the valley of car production and assembly from the field of trade.

The companies traveled to Asia’s largest country, China, to set up their own assembly lines, and in negotiations with some Chinese brands, were able to bring souvenirs for assembly line production.

The automotive expert believes that the assembly turnover of these companies is not very high, so they can, in addition to continuing to be present in the assembly of products market, also reactivate their car import business.

The main origin of car entry

Removing the lock from the car entrance gate to the country is on the agenda of the car policy maker, but the mechanism of car import has not been clearly defined by the Ministry of Silence.

But there are speculations about the diversification of the market due to the government’s insistence that all members of society enjoy the benefits of imported cars with the code name “economic car”. If this idea becomes a reality, it is possible that cars produced in some countries, such as India, which previously had no place in the Iranian market, will be able to enter the imported market. Will the presence of products that carry the title of cheap and economical car, lead to the creation of a new route for importing cars to the country?

The expert says that the reason why in the pre-car import era, importers focused on the two routes of the UAE and Oman, is due more than anything to the possibility of painless financial trade with these countries.

Zaveh goes on to say that importing companies could easily transfer the financial resources they needed for imports to those countries and from there manage their transactions with any country. Referring to the current situation and the presence of a heavy shadow of sanctions on the country’s economy, this expert says that in these circumstances, if Car import Again, these two routes are still available to importers and they can easily work with Emirati and Omani banks.

Therefore, it seems that if new cars arrive from other countries, importers will still prefer to use the tested route of the two Gulf countries due to the ease of banking transactions. This means that the origin of the UAE and Oman will still be in the list of cars entering the market and there will be no change in the origin of the car.

Publication of financial statements of 3 companies in Kadal / Which listed companies lost? 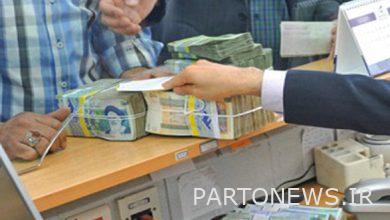 Payment of 1,392 billion Rials in facilities to Sistan and Baluchestan production units 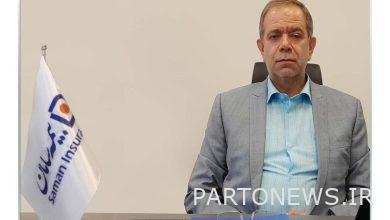 Economic actors better manage their risks with the consent of insurers 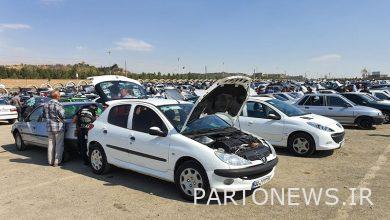