According to Fars News Agency, quoting the public relations of the national media, the message of condolence of Peyman Jebli reads:

The death of Hazrat Hojjatoleslam Seyyed Mahmoud Doaei, a longtime friend of Imam Khomeini and one of the pioneers of the Islamic Revolutionary Movement, caused an impression. The old man in front of the media, who was proud to be a proud jihadist in the field of culture and art, was always proud of accompanying the Imam Movement and the Islamic Revolution and the Supreme Leader of the Revolution, and remembered the history of our revolution with passion and awareness. His connection with the Islamic Revolution was such that it was as if the hand of divine destiny had decided for him that his death would take place on the anniversary of the bloody uprising of June 6th.

“I offer my condolences on the death of that honorable old friend and cleric to his colleagues in the Information Institute and Newspaper and to all members of the press and media, especially his esteemed family, and I ask God to forgive him.”


Suggest this for the front page
خبر پیشنهادی:   Salari: Sahibdalan is a way to give the audience a taste of spirituality / Farhan: We are trying to bring the religious genre into the theater
Tags
Radio Seyed Mahmoud Doaei TV
4 weeks ago
0 2,400 1 minute read
Share
Facebook Twitter LinkedIn Tumblr Pinterest Reddit VKontakte Share via Email Print

Microsoft Edge will soon become one of the best hybrid tools

3 ambiguity of car imports in the post-ban period 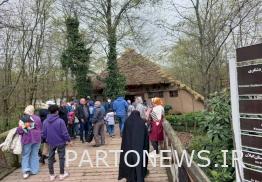 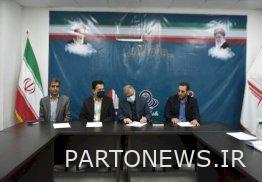 Air pollution in 5 metropolises of the country