Ta’ziyeh, in the conventional sense, is a show in which the event of Karbala is shown by people who each play the role of the main characters.

This show is a kind of religious and traditional Iranian-Shiite show and mostly about the killing of Hussain bin Ali (AS) and the sufferings of Ahl al-Bayt.

In the word Ta’ziyeh means to offer condolences. Ta’ziyyah or Ta’zit means mourning and memorializing lost loved ones, but what is known as Ta’ziyyah is a type of religious show organized in which some people of taste and familiar work perform during the mourning of the month of Muharram and to show devotion and sincerity to Ahl al-Bayt, in a special ceremony, recreate some stories related to the incident of Karbala in front of the audience.

In different parts of Semnan province, during the Muharram days, the spiritual ceremony of Ta’ziyeh is held, one of these places is the village of Garman Shahroud. One of the characteristics of Ashura day ta’ziyeh in Garman village is that, unlike other parts of the country, which is usually held in the first decade of Muharram, in this village ta’ziyeh is performed only on Ashura day and in the village square with the presence of a large number of mourners of Imam Hussain (a.s.). .

Each of the above-mentioned Ta’zias is held in abbreviated form. About 50 tazizi reciters, logistics, keepers of Zul-Janah, arrangements and sound are involved in the performance of this ceremony.

Due to the importance of Ashura noon prayer at the time of the call to prayer, the chanters stop performing and the congregational prayer is performed. After reading noon and evening prayers, all the mourners come to have lunch in the Hosseinieh of the village. According to the letter of endowment left by the elders of the place, the impersonators attend the house of one of the servants of the place to have lunch, dressed in Ta’ziyeh clothes, and eat the votive lunch. After having lunch, they perform Ta’zia again.

The person who sets up the Ta’ziyya is called “Bani”, the operator is called “Taziyeh Bandar” and the actors are called “Taziyeh Khan”. Usually, each of the impersonators has a piece of paper in their hand during the performance, on which the last stanzas of the opposite party’s role or the first stanza of the continuation of their role are written, and by using it, they can easily follow their role-playing.

Young singers are guided by the conductor from the side of the performance. Sometimes even warnings are given to other emulators.

Men also play the role of women in Ta’zia of this village. These people are called “womanizers” who cover their faces.

* Report by Fatemeh Qalipour, an anthropological researcher of the Department of Cultural Heritage, Tourism and Handicrafts of Shahrood.

An increase of 3000 points in the Tehran Stock Exchange index

“I wanted to be a horse” goes on stage 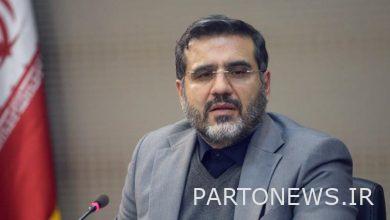 The whistle of a tourist train in North Khorasan