The Deputy Minister of Industry Affairs of the Industry, Mining and Trade Organization of East Azerbaijan Province, referring to the importance of the province’s position in the textile and clothing industries, announced the activity of 30 industrial units and one thousand garment production workshops in the province.

According to Shata, Arash Negahbani, in an interview with the Abacus Voice program in the center of East Azerbaijan Province, said that industries are classified into users and capital, and the clothing and textile industry is one of the user industries. Which operate as factories in the province has provided direct employment for 600 people and indirect employment for about 1800 people.

He pointed out that most of the production process in the textile and clothing industries is done by human resources, adding: “This industry has created many jobs and in this regard is of special importance in the country and the province.”

The Deputy Minister of Industry of the Silence Organization of the province continued: “About one thousand workshop units with trade licenses in East Azerbaijan are active in the clothing industry, which has caused the employment of about 3 thousand people.”

He announced the fifth place in East Azerbaijan in terms of the number of industrial units in the clothing sector and specified: East Azerbaijan province has very good capabilities in the field of clothing and textile industries and the activity of 30 industrial units in the region, about half of which with the participation of Foreign investors are active in the form of brand, the capacity is very significant.

Negahbani said: the importance of the presence of these 30 industrial units in the province is in the sense that small workshop units active in the city with the development and upgrading of their position have become large industrial units and operate within industrial estates.

Explaining some of the 5 strategic plans announced through the Ministry of Industry, Mines and Trade this year, he added: “One of the key programs this year is related to the clothing and footwear industry, and the existing capacities of these industries have made it one of the priority industries.” Necessary facilities should be directed in this direction in order to take the necessary measures to remove the obstacles in this industry with the anticipated goals.

Deputy Minister of Industry Affairs of the Industry, Mining and Trade Organization of East Azerbaijan Province, continued: Supply of raw materials in these industries depends on the production of yarn and upstream industries that our province also has about 4 units of production and supply of yarn and in this regard there is no problem .

He said that in Aras Free Trade-Industrial Zone, a yarn producing unit operates with a significant capacity to supply the yarn needed by the country and the northwestern region, he said: Part of the problem is currency fluctuations and its impact on rising commodity prices.

Arash Negahbani pointed out: Industrial units are both suppliers of domestic needs and exporters of products, and of course, the increase in the exchange rate has reduced imports and development and increased the production capacity of domestic units, and this is an opportunity to continue domestic sales.

The Deputy Minister of Industrial Affairs of the Silence Organization of the province stressed the need to complete the supply and production chain and added: “With the increase of yarn production industrial units, we will see the growth of this industry in the province and we can even create pre-yarn production units Extract the required wool to provide the activity of spinning units.

He mentioned high efficiency, high added value, low per capita investment, outsourcing and customizability as the main advantages of the textile and clothing industries and said: “It is possible to set up this industry widely in all places and according to Memorandum of Understanding between the Ministry of Silence and the Ministry of Labor, Cooperation and Social Welfare The establishment of these units, especially in rural areas, is a great opportunity for employment and development.

Negahbani mentioned quality as the first component that is important in the consumer discussion and continued: The next advantage of the textile and clothing industries is that they are used by the general public, the existence of customers and the human community that the need for this product makes it competitive and Improves quality in this area.

Emphasizing the importance of planning in order to improve quality and become brand-oriented, he said: “Due to the efforts of the province’s clothing manufacturers, very good measures have been taken recently in the field of quality and the production of export-oriented quality products with international standards is at the top of programs.” Production units are located.

The Deputy Minister of Industry of the East Azerbaijan Silence Organization added: “More efforts should be made to introduce the quality and production capacity of clothing industrial units to domestic consumers, because identifying this capability will lead to confidence building.”

He called the establishment of direct supply stores a successful experience in the food industry and said: “This capacity should continue in the textile and clothing industries, and the introduction of products and direct supply of manufactured goods to customers and citizens should be on the agenda.”

Negahbani said that small units should not ignore the issue of quality under the pretext of increasing the cost price, adding: “Universities can play a very important role in the issue of branding and the issue of designing and responding to customer tastes through the university and research in statistics Customers’ tastes are done.

He emphasized on planning for cultural studies and production in accordance with the geography and culture of different climates and acknowledged: the existing industrial units should have design and fashion centers and communication with customers, in other words, the voice of customers should always be heard because Receiving customer feedback is very effective in improving the production process as well as improving the quality.

The Deputy Minister of Industry of the Silence Organization of the province, said: Design in accordance with the Iranian-Islamic culture and pattern in clothing design should be at the center of manufacturers’ programs.

Hacked Exchange Users Bitcoins Mt. Gox is returned after 8 years; Should we wait for the market to fall?

Reddit seeks to attract developers to its NFT platform 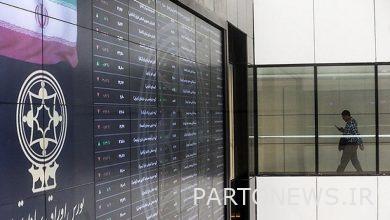 Is the stock market closed today? 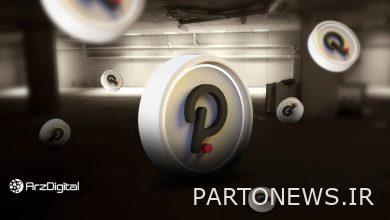