Alandaq, as one of the clothing components of married women of the Qazalbash tribe living in Golestan province, was on the verge of complete oblivion with the spread of machine life, but the commitment of an artist woman living in Minodasht, once again included this art in the collection of essentials used by the women of this tribe, especially during Bring back happy celebrations and ceremonies.

Golestan is rich in many cultures due to its wide population diversity and different ethnic groups, which makes the range of clothing production in this province more diverse than other regions.

Alandaq Ghazalbash or head cover is a symbol of the antiquity and place of culture and art in this tribe living in Golestan, where the artists, who were mostly women, created patterns and designs taken from the culture of their tribe on silk fabrics.

After a lot of follow-up, I found one of the master craftsmen Qazalbash Dokht Alandaq in the east of Golestan and went to a village in Minodasht to reach his house.

Naming the streets of this village with the name “Paradise” is one of the signs of the coexistence of Al-Qajar people with the nature of this mountain village.

I ask a few children who are playing with walnuts and stones for the address of Mrs. Ruqieh Qezelsaflou’s house. They looked at each other with surprise as if I had come by mistake. I asked again: “Aunty Ruqiyeh, the same artist lady.” This time I said the password correctly because all three of them enthusiastically pointed their hands towards “Behesht Panjam” alley and said: “The same big green door.”

I put my hand on the doorbell of Aunt Ruqiya’s house. After a short distance, the door opened and I entered the house. Home is not like I have reached heaven. The fragrance of daisies planted around the house, fruit trees and flowers on the porch, along with the drizzle on a cold winter day, reminded me of grandma’s house. I was lost in my childhood memories when a warm voice called me from the platform, “You came so late.” I was worried about you, my daughter.

With a smiling face and a smiling face, he greeted me kindly and invited me inside the house. The inside of the house tells about the art treasures of the ancestors of Aunt Ruqiya. The walls of the house are full of handcrafts with silk fabric, and the memorabilia of Roghieh’s mother and grandmother on the wall shows the history of this art-loving family.

Aunt Ruqiyeh is 69 years old and the master of Alandaq sewing art and also the forgotten revivalist of this art, who learned this art from her mother and after years of seclusion, decided to revive this art again.

While hosting us with hot tea and kasmak (local candy), this Golestan artist said in Qazlbash dialect: Alandaq is the old heritage and identity of Qazlbash women, which is considered a part of the history and culture of this people and is rooted in the traditions of mothers and Our grandmothers have.

While holding the Alandaq sewing tool in her hand, Aunt Ruqiyeh added: Minodashti women, especially the Qazalbash tribe, have turned to using Alandaq again in recent years and use it in gatherings and even family gatherings.

He said: In the past, married women were not allowed to leave the house without a veil, but the function of this cover in recent years is decorative.

Recalling a memory, he said: “Years ago and shortly after marriage, one day I left the house without a blanket.” As soon as the great uncle saw me, he angrily asked me to go back home and put my scarf on my head. After that, I didn’t go anywhere without this cover.

He said: unlike the past, yarn is used instead of silk thread for sewing Alandaq, and because of the fine embroidery of Qazalbash artists, beautiful designs and patterns are being produced with colored threads.

Aunt Ruqiya stated: This female cover, which women put under the scarf to keep the hair strong and stable, was a sign of the marriage of Qazalbash girls.

He pointed out: Alandaq is one of the old and original traditional arts and crafts of Qazlbash women, which, in addition to being a sign of marriage, was a means to decorate the appearance and observe hijab.

He said: Alandaq, with different colors and designs like a hat, covers women’s hair up to the forehead, and as I have heard, its use increased after Reza Shah’s order to remove the hijab among Qazalbash women.

Aunt Ruqiyeh added: In the past, alandaq was one of the main dowry items for girls, and after many years, the girls of Ghazalbash have come to terms with it and started using it.

The intangible heritage registration expert of the General Department of Cultural Heritage, Handicrafts and Tourism of Golestan Province also told IRNA: The file of traditional skills of making Alandaq or the head covering of married women of Ghazalbash by summarizing information, preparing photos and documentary film after the approval of the Provincial Registration Council to the Ministry of Cultural Heritage , tourism and handicrafts was submitted and it was registered in the national register on November 22 of this year.

Maryam Mansouri added: Qazalbash women don’t use this cover in public spaces like Ghasheshe, but its use is expanding in ceremonies, gatherings and traditional parties.

He said: the boom in the use of this cover can be very attractive for tourists.

He said: In the Minodasht Museum, the clothing of Qezelbash women along with Alandaq has been exhibited for the introduction and visit of travelers and tourists.

Golestan province has a population of one million and 869 thousand people consisting of various ethnicities and religions, which is located in the north of the country and has a history of more than 7 thousand years.

Iran's aging crisis is not an opportunity for trial and error

The fall of the flagship digital currency

Why did “Angelina Jolie” reject Scorsese? 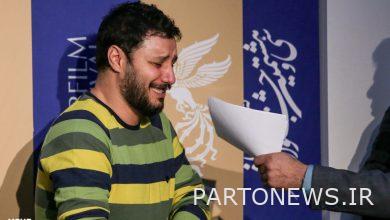 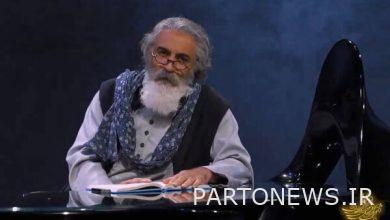