According to IRNA, Ali Akbar Salehi, the former head of our Atomic Energy Organization, spoke at the 22nd Amaldi Conference on “Arms Control and Nuclear Hazards” held in Rome on April 17-19.

Regarding the long-standing stalemate with the West since 2000, he said: “Despite all the negative consequences, it has ultimately led to a change in attitude in US politics, especially during the second term of Obama’s presidency.” The blatant and futile imposition of so-called “zero enrichment” gave way to a more pragmatic, solution-oriented approach in Washington, which also happened to be reciprocated by Iran.

The former head of our country’s Atomic Energy Organization added: “The negotiations were very interesting and equally exciting and challenging, and finally ended with the agreement of a promising win-win nucleus called Borjam.” An agreement that guarantees Iran’s inalienable legal rights and privileges as set out in the Nuclear Non-Proliferation Treaty and the Charter of the International Atomic Energy Agency.

Salehi added: “The agreement in which I personally participated, especially at the scientific and technical level, has been difficult to reach.” This agreement is more valuable than being allowed to be undermined or disrupted. Contrary to the negative perception of the previous US administration, there is a relatively positive perception of the agreement in my country. I believe that the vast majority of the international community has a similarly positive view.

Regarding the withdrawal of the previous US administration from Borjam, he said: “The withdrawal of the previous US administration from Borjam put this agreement on the verge of collapse.” This agreement would have been terminated had it not been for Iran’s reasonable response and position. However, as a reminder, I declare that Iran will never relinquish its rights under any circumstances. Finally, I reiterate that my country has never decided to terminate this deal. However, in the event of a dissolution of the agreement, the interests of the international community would be more at stake than the national interests of Iran, which the United States wants to harm, and if so, the Iranian government’s political approach would certainly change. Internationally, it was weakening even more.

The former head of our country’s Atomic Energy Organization stressed: If Borjam wants to survive the current stalemate, mutual trust must be restored. If so, it will pave the way for other serious issues to remain. We hope that under these circumstances, common sense and the necessary insight will prevail.

He added: “It should be noted that throughout history, the region, which includes West Asia and North Africa, ie the Middle East and the Middle East, has always been the focus of attention. Despite some reconciliation efforts, unfortunately, the situation is currently very precarious and prone to confusion and unrest. One of the central issues is the issue of Palestine. This has been exacerbated by the Zionist regime’s arrogance in other areas, such as the acquisition of nuclear weapons. Here, I believe that the neutral role of committed scientists can alleviate the situation to some extent. First of all, we need to deepen our belief in declaring a nuclear-weapon-free zone in the Middle East.

The former vice president said: “Given the enormous and destructive consequences of the use of nuclear weapons on humans and the environment, scientists must, based on their social commitments, prepare and submit impartial scientific and technical reports based on credible data, including the following, to achieve the lofty goal.” Involve nuclear-weapon-free zones, especially the Middle East: Collect scientific data on the atomic bombings of Hiroshima and Nagasaki. It is essential that the scientific community sensitize the public to such horrific acts. Collecting technical data from radioactive material Hundreds of nuclear tests to demonstrate the severity of the use of nuclear weapons. Preparing technical and scientific reports on past major nuclear events: Accident Three miles of Island in the United States, Chernobyl in Ukraine and Fukushima in Japan.

He continued: “On the third issue, we note that today the living conditions of the people living in the Middle East and North Africa have reached a stage where the need for peace and sustainable development has become a necessity. Given the rapid growth of the world in social consciousness and the various fields of economics, science and technology, this real need is so obvious that no opportunity should be missed for it to be realized. The nations of the region are rooted in complex hidden angles, such as the intervention of foreign powers, so we must spare no effort to address these social ills first and foremost, because they are the source of survival in the development and expansion of relations. are. Therefore, it is imperative for the elites of the countries in the region and their political leadership to pave the way for building mutual trust and broad cooperation.

Salehi stressed: “It is obvious and accepted that negotiation is the most important tool of diplomacy.” Thus, in scientific diplomacy, negotiation can be a key step in reaching an understanding. Argumentation and negotiation with a scientific basis is the strength of scientific diplomacy. The language of science does not care about social, ideological, historical or political status and is therefore far from such. The history of hostilities and conflicts has no place in the language of science, but common sense and patience are its characteristics. With the advancement of scientific diplomacy, the ground can be gradually prepared for the settlement of old disputes. In short, scientific cooperation promotes peace and development. On the other hand, scientific diplomacy is formed in the interaction between scientists and diplomats. Instilling a “science perspective” on diplomats and a “diplomacy perspective” on scientists facilitates dialogue to resolve disputes.

خبر پیشنهادی:   Aiming to strengthen social unity and cohesion in the field of water

The former head of our country’s Atomic Energy Organization said: “Based on the interaction between scientists and diplomats, it is possible to better understand the effective elements that are necessary for reconciliation and agreement.” In recent years, the issue of nuclear development of countries in the region has created challenges in their relations. Starting a dialogue on nuclear science diplomacy will help strengthen trust, respect and mutual understanding. To pursue this goal, it is suggested that issues that have the potential for collaboration be considered from a purely scientific perspective to avoid misunderstandings and build trust through knowledge sharing and exchange of experience and expertise.

He added: “The Islamic Republic of Iran, based on its long-standing policy, wants to use the mechanism of regional cooperation in various fields, especially nuclear technology, in order to create more trust and transparency among the countries of the region.” Here are some suggestions for expanding cooperation with countries in the region: Nuclear safety is one of Iran’s priorities. Although the responsibility for nuclear safety lies entirely with each country, Iran strongly believes that this area should be strengthened through cooperation between the countries of the region. In this regard, Iran has proposed the establishment of an advanced nuclear safety center as a reliable safety center for the region.

Salehi continued: “It is suggested that in order to benefit from the benefits of nuclear energy, large joint projects on research and construction of small power plants be defined and implemented.” In this case, each country can do part of the project according to its capabilities. Iran, as a developing country, has an extensive industrial, research and scientific infrastructure that can be provided to countries in the region for regional cooperation. .

He added: “Given the high complexity of nuclear science and technology, the establishment of the Middle East Atomic Energy Agency can also be considered as a long-term vision. Scientists and diplomats can achieve good scientific and technical capacities and capabilities. These plans have the potential to advance scientific goals and agreement beyond the political considerations of any country. 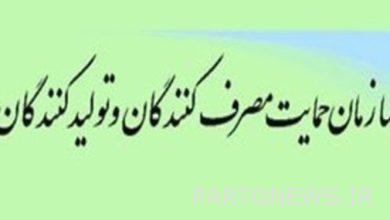 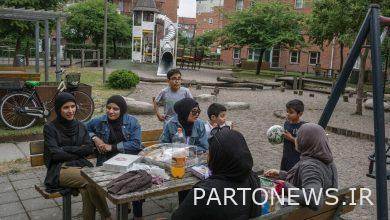 Asylum seekers in Denmark must work in exchange for financial assistance 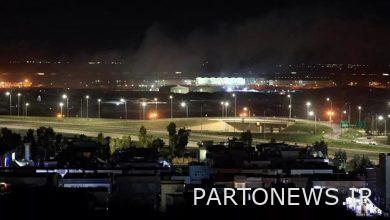 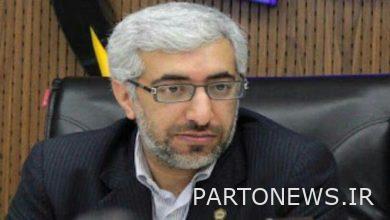