Mohammad Amin Parvas, the special producer of Nasim Network’s Iftar program called “Endless”, told Mehr about the features of this program from the beginning of its production: The idea of ​​this program dates back to four years ago, when the content and form of TV programs on the eve of Sahar We saw and felt that this program could be produced and close to the hearts of the people.

He continued: “We thought that this model of talking in the Iftar and Sahar programs on the TV channels could be more diverse, and we also went in a direction to do something different according to the mission of the Nasim network.” This concern was flipped to think of prayers with a specific model. The content was the same as usual, but with elegance in form, and we did this in 1997 in the first season of this master Seyed Mehdi Shojaei.

Parvas said about the contents of this program: The content is the same as the prayers and supplications of Abu Hamza or Joshan Kabir or که which are now narrated in other ways. Every year we tried to have a collection of different items and worked with different artists for the items of the program and even used a composition by Arya Azimi Nejad and narrated by Ehsan Alikhani for a special music prayer. Since last year, we have worked with spaces with the special feature of Mohammad Hossein Pouyanfar’s performance and speech, which caused a new wave of such productions to be broadcast on television and cyberspace.

Deaf item in a program that reflected

He continued: “In the structure of the program, we tried to arrange the items in such a way that for each audience to see the desired content and form in the program because we do not want the program to be specific to a particular taste and range, but all family members to be the audience.”

Explaining more about the item designed for the deaf, the producer said: “We would like to produce an item for those who receive less attention and take advantage of their existence. For example, we had an item in ‘Talk to Hussein’ that has children with Down Syndrome or Butterfly patients participated, and our intention is for them to feel better in the community. We had the same approach to this item, which is for the deaf, and I think it was the first time since last year that the translator of this spectrum was not in the TV corner, and it is an independent event in a program. He even republished them for the deaf-related associations, and this year he has received more attention in television productions, which is a source of joy and happiness.

خبر پیشنهادی:   The anniversary of the death of "Abdul Wahab Shahidi" was held

Parvas said about the factors of the program and other details: We started the program with intensity and from the beginning of Eid. The output that you see on the antenna is the result of the efforts of three teams and a different image and production group. The team that worked continuously and around the clock from the beginning of the year and was only at home on the first day of Farvardin. 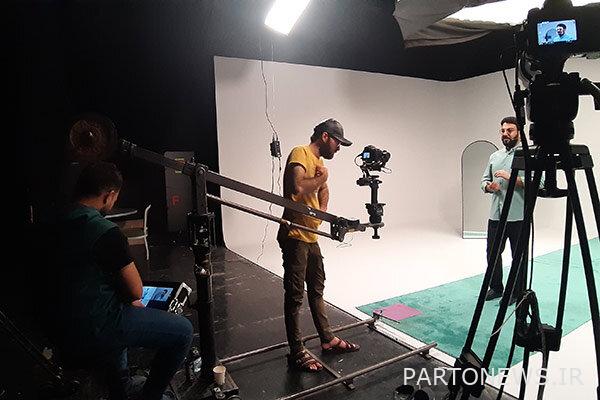 Referring to the item of jobs with which the program begins, he explained: This item is called “heart letter” in which we have gone to various jobs from fruit selling and laundry to truck driver and so on. We chose 15 jobs and wanted to say some of our prayers to God through these people. The writing team also tried to arrange prayers of these kinds.

Parvas reminded why, unlike many TV shows, they did not go for weird torches: We ourselves are not weird people. Those who talk to God are not strange people, they are the same people we interact with on a daily basis, our lives happen to be similar, our relationship with God is similar in detail, and God does not want us to do strange things. If the audience does not find similarities and commonalities with these, the program will not work for them.

Referring to another item of the program, the producer said: “Even if you pay attention to our” C-tip “item that we talk to people in a black box, they are all ordinary people in society, from men and women to children and teenagers, ordinary people.” They were and we were not supposed to look for strange people.

We do not ask the question before the conversation

The producer of “Talk to Hussein” said about these familiar conversations and conversations he has with ordinary people about God and the Imams in his programs: “These conversations take place during the program and we have not even once asked them questions because I believe that these are not answers that they want to think about and make, but they have to say in the moment. If they do not know the answer, they can say next. But in these few years, they have never been asked questions before the program. 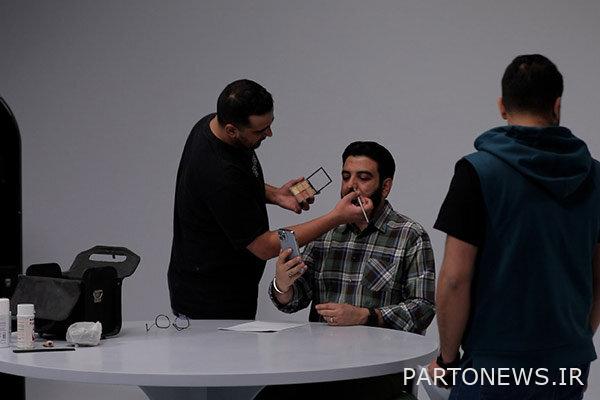 The producer explained about the presence of Hamed Askari, who is better known as a poet, in this program: I have a long-standing friendship with him. I asked him to perform the program, but he accepted and accepted. Provides improvisations and sometimes combines with plateaus provided by the author team.

He also said about the decor of the program: “We have a mini-financial decor. I think the decor should be with the audience and should not involve the audience’s mind, and what we should be involved with is the content.”

Professions that can be said in a secluded corner

Parvas went on to explain about the “corner of solitude” item, which evokes familiar talk of “talk to Hussein”: We went to Mashhad with a team of seven to produce the “corner of privacy” item, and all the items were recorded in Mashhad. We entered Astan Quds and invited about 120 people who were in the shrine of Imam Reza without knowing it.

He said about the conditions for selecting these people: Without explaining what we mean, we said that we have a gift from Imam Reza (AS) and they asked who are you? Or where do we want to go and… and then we would take them to the camera without explanation and they would sit on a chair in front of the Revolution courtyard and in front of the dome and talk.

In the end, Parvas is a new event in my opinion about the secluded corner item, we tried to keep it away from the expert space. They do not see me and only hear my voice and questions from the speaker. We try to make this corner of solitude open for all human beings, because if every human being has his own corner, something special can happen to him. In this item, we had people from different ethnicities, from an 83-year-old man to an eight-year-old girl. There was a lot of effort to make what we wanted happen, we really think that if we make ourselves and those around us feel good in the holy month, it adds value. 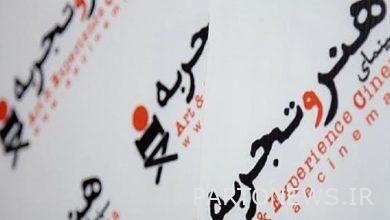 Art experience needs to be reviewed after 8 years

Accommodation of more than 72,000 tourists in accommodation centers of East Azerbaijan / The average occupancy rate of hotels in the province is 67% 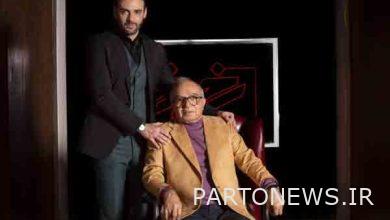 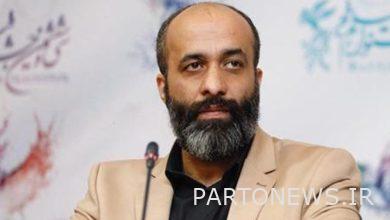 Ahmadinia: I play the negative role of “Rule of Growth” / The Iranian audience is looking for a story