The CEO of Gharz al-Hasna Mehr Bank of Iran emphasized:

According to the monetary financial news quoted by the public relations of Gharz al-Hassaneh Mehr Bank of Iran, the appreciation ceremony of “Alireza Pourhossein” the former manager of West Azerbaijan branches and the introduction of “Shahab Tadayon” the new manager of West Azerbaijan branches with the presence of Dr. “Seyed Saeed Shamsinejad” CEO Gharz al-Hasna Mehr Iran, “Ahmad Reza Karimi”, Advisor to the CEO and “Yousef Najdi”, Director of Provincial Affairs of the Bank were held.
In this ceremony, which was attended by the heads and deputies of the branches and heads of the departments of the province, he was awarded the sentence of piety and the efforts of Pourhossein were appreciated.
The time has come for a change in Qarzat al-Hasna Mehr Bank of Iran
Shamsienja, CEO of Gharz al-Hasna Mehr Bank of Iran, in this ceremony, considered the performance statistics of West Azerbaijan province as a sign of unremitting efforts and admirable to the colleagues of the province and added: “Performance indicators are positive and commendable in all respects.”
Referring to the increase in the ceiling of Qarz al-Hasna facilities for Qarz al-Hasna banks, he said: “The time for transformation and youthfulness has come and we must witness positive developments.”
Referring to the government’s and the government’s expectation of Qarz al-Hasna banking, Shamsinejad stressed the need to move towards digital banking and create a new Qarz al-Hasna model.
Expect 300% growth of bank resources in West Azerbaijan province
The CEO of Gharz al-Hassaneh Mehr Bank of Iran, emphasizing on in-person services and the development and strengthening of digital technology and technology, said: “This procedure does not mean the reduction of human resources and we will even recruit in some areas.”
He also visited 4 branches in Urmia, while appreciating the efforts of colleagues in the branches, called for the development of new markets due to the increase in the ceiling of Qarz al-Hasna facilities and said: should not be satisfied with 100% growth and given the existing capabilities in Azerbaijan province. West, the management of the province’s branches is expected to grow by 200 to 300 percent.
Karimi, the CEO’s advisor, pointed out the difference between Gharz al-Hassaneh Bank Mehr Iran and other banks, and considered the gender of Gharz al-Hassaneh Bank different, and also emphasized youthfulness and trust in the youth, along with using the experiences of experts.
Najdi, the director of the provincial affairs of the bank, while appreciating the efforts of the former management, considered the colleagues of Gharz al-Hasna Mehr Bank of Iran in West Azerbaijan province as one of the best employees of the bank in the country.

Family Disorder Center in America does not recognize celebrities and ordinary / Johnny Depp accused his wife of cutting off his finger! 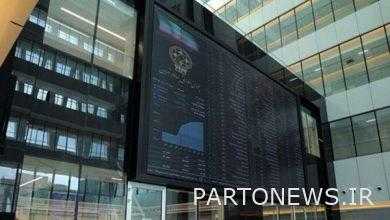 Is the stock market indifference to Borjam / Bourse news next week also negative? 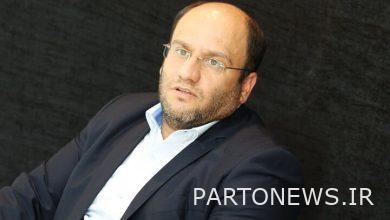