According to Poli Mali News, while visiting the seven branches of Chaharbagh, Apadana, Sheikh Sadouq, Hakim Nizami, Sheikh Bahai, Khajo and Markazi, while attending the regional headquarters, he met with his colleagues and discussed the necessary solutions and measures to provide optimal services to customers. presented.

Pointing out that the strategic plan and transformation of the bank’s business is being implemented with strength, he pointed out that one of the most important axes of this plan is the existence of various procedures in providing services that must be produced and provided based on the needs of customers.

Fath Ali pointed out the presence of capable forces in the bank and added: the bank should create conditions with the cooperation of all employees to provide distinctive services quickly and up to date.

In the continuation of this visit, Fath Ali examined the performance of Isfahan region in terms of resources, expenses, demands and other performance statistics as well as the location of the branches.

خبر پیشنهادی:   The cost of housing eats up the income of households! - Tejarat News

It should be mentioned that in this trip, the vice-presidents of credits and international affairs, branches and regions, engineering and support, finance and investment, planning, human capital, the director of general affairs and public relations and the director of international affairs accompanied the head of the bank separately from branches in different cities. They visited the bank in the region and met with colleagues.

During this one-day visit, the Chaharbagh Khajovi branch of Sina Bank was put into operation and officially started its activity in order to serve the compatriots.

Mayor of Golestan: The homeless are organized in the Golestan Entrepreneurship Center

The story of the supply of cars in the commodity exchange; Complex, ambiguous and contradictory 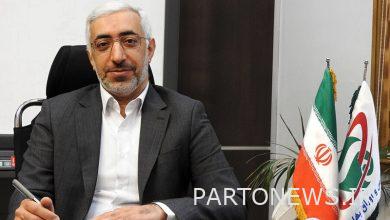 Love description about selling bonds in the capital market