Mehran Moharramian, the Central Bank’s deputy director of technology, said that the necessary technical infrastructure had been prepared to launch Iran’s national digital currency, or digital rial, and that its implementation now required final approval by the Monetary and Credit Council.

According to digital currency and to Quoted The technical deputy for launching the national cryptocurrencies has been done for a long time and its finalization and implementation requires a resolution that must be approved by the Monetary and Credit Council, he added.

We are now finalizing the amendment comments for this resolution and we hope that after their finalization, this resolution will be concluded in the Monetary and Credit Council.

Obviously, the finalization of the technical requirements must be done after the legal approvals and with the consent of the legislator. So we are waiting for this issue to be finalized.

“The issue of the national cryptocurrency is one of the most important items on the central bank’s agenda, as the infrastructure and related instructions have been developed and will be piloted in the near future,” the central bank governor said. According to the statement of the Governor of the Central Bank, the international publication Central Bank had announced the review and approval of the preparations and readiness of the Central Bank of Iran to launch “Digital Rial”.

In response to the question when this project will be put into operation, the Deputy Governor of New Technologies of the Central Bank said:

Since the finalization and implementation of this project requires the collection and cooperation of various agencies and stakeholders, it is not possible to determine the exact time for it; But it is certain that the central bank is more likely to agree on cryptocurrencies than global cryptocurrencies (such as Bitcoin and Atrium).

Legislation status of digital currencies in the central bank

Muharramian also said in response to the question why, despite several years, the Central Bank has not yet legislated the field of cryptocurrencies:

The issue of cryptocurrencies is one of the most complex and multifaceted issues for which the formulation and formulation of frameworks and regulations is still unclear in most countries of the world, and its mechanisms and details of its regulations are gradually determined, including in China, India and Russia. This is an issue and the regulatory process for cryptocurrencies is progressing steadily.

At the Central Bank, we think that in the first place, we should create a compromise between the monetary sovereignty of the country, which is the concern of all countries and is not specific to Iran, on the one hand, and innovative discussions on the other. This compromise is very hard work and has created a serious challenge for all countries.

The Deputy Minister of New Technologies of the Central Bank added:

We want to decide on something whose philosophy is decentralization. If we have a fanatical view that we should eliminate and ban the whole issue, as you can see, some areas in Iran, such as mining, are already recognized, but the discussion of exchanges and payment instruments is still illegal.

If the news is not published by the Central Bank, it does not mean that we are indifferent to it, it happens that a large amount of work is going on and many studies and technical measures have been done in this field and are being pursued and done, but We need to be careful in publishing news because of the multiplicity of stakeholders in this field, from organizations with regulatory concerns to organizations with economic and e-commerce concerns.

Finally, Mehran Moharramian, in response to the question that due to the multiplicity of stakeholders in this field, may not reach a conclusion and summary, said:

We may not be able to achieve results like any other work; But I personally believe that we should be able to reach a common conclusion in this area, because countries that have been passive in the field of cryptocurrencies have not had good experience. 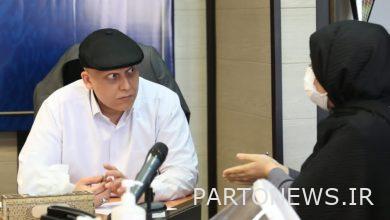 In two days of travel to Hormozgan province, 76 requests were registered in the Samad system