Mehr News Agency – Art Group – Atieh Moazen: “Haft Rooz Sima” is the title of a special news-analytical package that at the end of each week, reads the most important news developments related to the text and margins of the radio’s productions and the surrounding events during the week.

In this weekly news package, in addition to the official news of the activities of the programmers and managers of IRIB, we tried to have a glimpse of the media margins and even the rumors that, despite being unofficial, could influence the news related to IRIB.

Today, Thursday, November 4, you can join us with the 100th news package of “Seven Days of Sima” in reviewing the text and margins of events on and off TV in the past week.

Continuous and weekly publication of these 100 issues during 100 weeks, which was not possible except for holidays and national and religious occasions in the calendar of the year, except with your support and comments. Dear audience, we hope you will continue to help us in this direction with your comments and suggestions.

Face of the week; Ehsan Alikhani and a tough challenge

Despite the fact that Channel 3 has started airing the teasers of “New Age” again this week, there is still no news about Ehsan Alikhani, nor the production of the new season of “New Age”, nor even the new judges of the program! The teaser itself has no new details, and it is the same call that was previously broadcast on the network, and now it has gone on the network antenna again without any new changes.

The new season of “New Age” will be another challenge for Alikhani compared to the previous two seasons, which is accompanied by changes, and the most serious and important is the change of referees, and each of these changes causes this season, which is still being made in Corona, with risks. It is with him and maybe that is why Alikhani has not entered it seriously and officially yet.

On the other hand, in recent months and several weeks after Muharram and Safar, television has not yet been able to broadcast an attractive program to the audience.

New programs are also scheduled to air, but the start of some, such as “Durhami”, may not be particularly surprising given its clear competition model. All this will be the winner of TV in winter or March and even Nowruz on two leading brands, namely “Khandvaneh” and “Asr Jadid”, and again “Asr Jadid” with the right choice of judges, coaches and especially talents will have more potential to attract Has an audience. As the first season of this program received sharp reviews, it attracted more audiences in its progress and gradual broadcast, and it had a trial and error for several months, which reached an audience of several million by the end of the season and the final competitions. We witnessed popular votes in the selection of the best people.

The second season of “New Age”, although not as attractive as the first season, was one of the few programs that each time had a special design for a dream with different peaks of Quid 19 virus and won the hard battle of programming in Corona pandemic. But the same challenges caused Alikhani to create a “new era” every time he was in Egypt by reducing the corona.

Now, after two seasons, the expectations from Ehsan Alikhani as the host and director of “New Age” have risen a lot. Is located.

Margin of the week; Direct email to Mr. Chairman

The e-mail of Peyman Jebli, the new head of Sada-e-Islami, who has come to power with a number of new measures, was provided to the employees of the organization this week so that the broadcasters can communicate with him directly and directly.

Information about this e-mail and direct communication with the first person of the national media was accompanied by a margin, and initially this e-mail was intended for direct communication with the people. The text of the news item stated that Dr. Peyman Jebli had created an e-mail to receive messages and views of dear people all over the Islamic homeland, but this news was amended shortly afterwards and it became clear that it was an internal e-mail for the organization’s employees. 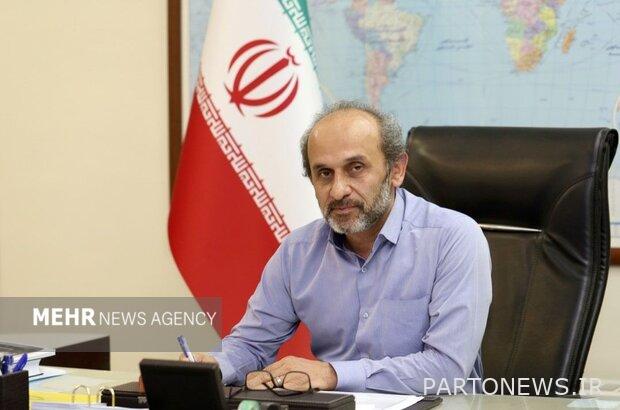 At the same time, this action of the head of the national media can be a new chapter for direct communication with the employees who are often more aware of the injuries and problems in the administrative and structural process of the national media than their managers. However, the news did not provide further details on the process, such as a report to employees on what happened or how the emails are most relevant and followed up.

It remains to be seen what added value this direct communication will add to Jebli’s presidency, and whether it will continue to move so seriously and immediately, or whether it will remain a news event.

Special event; A new and clear position on home series

In the last one or two years, Ershad, Satra and Sada-o-Sima have been the three sides of a challenging and decisive triangle about the home theater network and its series. شد.

For the past one or two years, Satra has sought to expand its decision-making power and influence, from monitoring platforms to monitoring the output of serials and hybrid programs, and then approving and licensing scripts and productions. Receipt. After that, in the last days of Ali Askari’s presidency over the Radio and Television Organization, a content council was formed under the direct supervision of the Radio and Television Organization and took over the work of licensing home series.

During the one or two months that the new Minister of Guidance was appointed in the government of Ibrahim Reisi, and after him Mohammad Khazaei became the new head of the Cinema Organization, the situation of home serials continued to be challenged until Khazaei took the first official position from the new government yesterday. Announced. 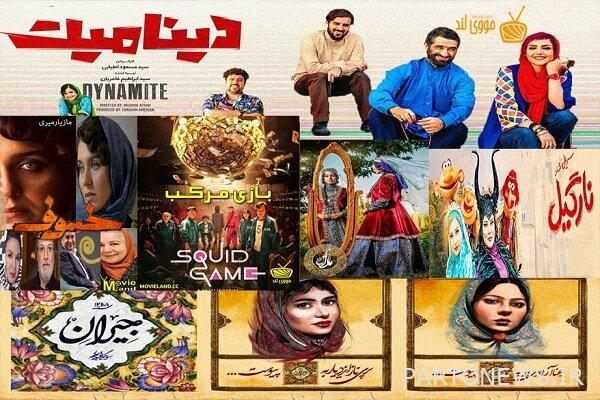 Although before and in the previous government, many efforts were made to return the license for home serials to guidance, but the output of serials during Hassan Rouhani’s term caused the production of serials to be handed over to Sada-e Azadi. Return to the Ministry of Guidance.

“The head of the Cinema Organization believes that the decision to hand over the works of home shows and platforms to the Radio and Television Organization needs to be reviewed, and the issue is currently being pursued through virtual and competent authorities,” Khazaei was quoted as saying in an official news release. . »

Tip of the week; New TV poll and wildlife controversy

Broadcast polls and the details of the programs, their audiences, and viewership statistics are often marred by controversy over both the output of these statistics and their accuracy.

خبر پیشنهادی:   Travel is the best way to connect Iran and Iraq

This time too, the organization’s latest survey of popular television programs in October was margins, in part due to ambiguity in the wording of the survey. 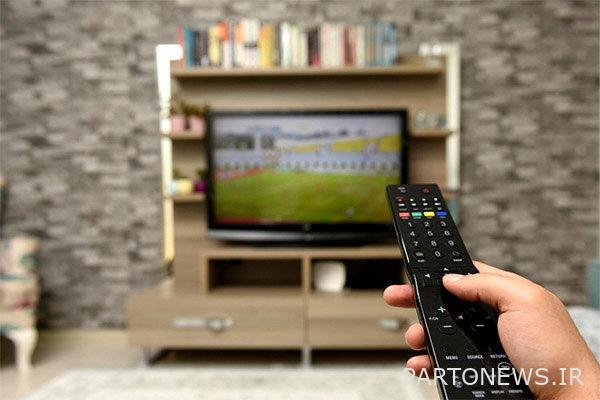 The results of this survey, which was conducted on people over 12 years of age and older in Tehran and 30 cities with radio and television centers, show that half of the most popular programs in Mehr 1400 It belongs to sports programs »

With this introduction, many even the media thought that the TV poll included all categories of TV broadcasting, including serials, speeches, programs, etc., and wondered how among all these programs and serials and different genres, some programs were among the viewers. .

However, the relevant poll, as reported in the headline, was only for the leading TV programs, although this title and composition itself has ambiguities that are not comprehensive and not obstructive.

Apart from the scope of the polling programs, its output was another point that was discussed. Although wrestling competitions were at the forefront in October and almost all Iranian families’ televisions were turned on at the competitions, after the wrestling competitions and live broadcasts of football competitions, the “Wildlife” documentaries were still in the third place. He has been a popular viewer several times, and it is also important to note that a documentary about the variety of programs with hard productions and celebrity-centric ventures, as well as a combination of morning and evening programs, has been able to win the competition. 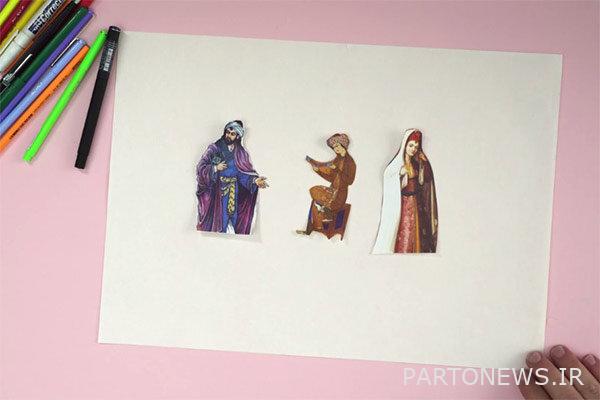 For some time now, various networks have been broadcasting between the programs and the beginning and end of a program or series and motion graphics with a combination of photos, text and moving images about Iranian celebrities, from literary celebrities to commanders and even contemporary figures in the field of culture and art. Includes Holy and..

In these works, which usually last about one and a half minutes, an attempt is made to explain all the important aspects of the life of that famous person in this short period of time. All these explanations are far from words and descriptions of slogans and big flowers and are only supposed to deal with the life of Khajeh Hafez Shirazi or the pilot of Shahid Abbas Doran or به in simple language.

The broadcast of these one-and-a-half minute short works on all TV channels provides brief general information to the audience of celebrities, which, with repeated broadcasts, can at least have a general identity of these figures, and its characteristic is that it is far from complicated and rhythmic interpretations. The sharpness and the various paintings and images and music that are below the text of the work provide them to the audience. At the beginning of these works, the name “Forty Pillars” and at the end, the title “Child of Iran” can be seen, and at the same time, it can be attractive and interesting for any audience.

Are Bahman Group cars offered on the stock exchange? 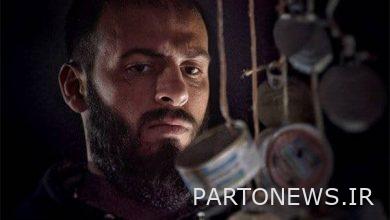 Food tourism is a lucrative but neglected industry in Semnan