Shirin Barghornavard, a filmmaker and member of the selection committee of the 12th Iranian Short Film Academy Awards (ISFA), said in an interview with a Fars News Agency cinema reporter about the criteria for selecting films selected for the event: “My criteria in selecting films Presenting a compelling and believable narrative, the importance of the film’s content and even its necessity certainly played important roles in achieving this kind of quality, director-designed mezzanines, strong acting, filming, professional editing and sound, and index.

He also spoke about the quality of the works that were selected and their level in terms of quality and content: The selected works are more or less on the same level in terms of quality, structure and form. The difference is more in the content and story of the films. In the selection and judging process, there are always a number of films that make it to the event without discussion and disagreement between the jury and the judges. Regarding the rest of the films, there are often differences of opinion among the judges that dialogue, exchange and discussion make the result different. This method is one of the advantages of persuasive selection and judging, which is based on discussion. That the judges can influence each other’s opinions about a film.

“Fortunately, the judging panel was one-handed and the members did not face much of a challenge,” said Bargh Noord. And be effective. I always suggest that the selection and judging boards pay special attention to the content of the films and the need to express them.

خبر پیشنهادی:   Unveiling ceremony of world registration plates in the presence of the Deputy Minister of Cultural Heritage - (2)

Asked if the judging method at ISFA could cater to all tastes, he said: “Yes, I agree with the current method of selecting ISFA Academy films, as it allows for a wide range of films, especially since When the title of the academy is on the award, it was not correct for about 80 members of the academy to sit and watch the selection of a small number of the jury. In the current way, members of the academy see both films that have been screened at domestic and foreign festivals and films that have not made it to the festivals; But they have very good cinematic quality. Accordingly, the ISFA Academy allows the presence of films that have been excluded due to the taste choices of the festivals, and this is a great achievement.

The filmmaker also spoke about the status of the ISFA Award: “In my opinion, the ISFA Academy is one of the most important short film events in the country due to its independent spirit.” This event provides an overview of the status and quality of short fiction films made by Iranian filmmakers at home and abroad. On the other hand, the dependence of the ISFA Academy on the class and not on a government body doubles its importance; Especially with the new way of selecting films, which enables the members of the academy to achieve a better result than what is happening in the field of short story film production.

In the end, Bargh Nourd said about how much union events such as the ISFA award can be effective in creating encouragement and support for the people of short films: “It is very effective.” Unfortunately, the reflection of the daily realities of our life in Iran is more restricted and censored, and in a situation where there is less independent spirit in the members of the selection and judging boards of Iranian domestic festivals, ISFA Academy as a union and festival event. Which gives different sounds and views a space of reflection, seeing and being heard, can keep the sparks of hope alive among the filmmakers.

The twelfth Academy Awards of the Iranian Short Film Association (ISFA) will be held under the auspices of Marjan Ashrafizadeh in the spring of 1401. 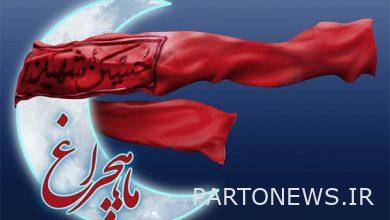 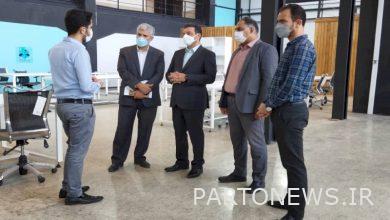 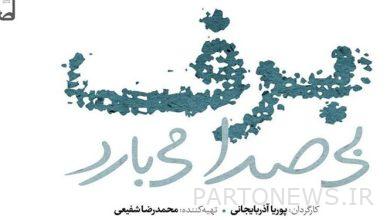