THE PRESIDENT (LAST NIGHT): The end of the thirteenth government, we will deliver 4 million houses

stamp “Our country needed one million housing units a year, and this was not done,” Ibrahim Ra’isi wrote last night on a live television program and a conversation with the public about managing the chaotic rental space. We have a serious backwardness in this regard. The need of the country is my election promise and the approval of the parliament to build one million houses a year.

He added: “The work has started and we will provide 4 million houses at the end of 4 years, and we planned that the relevant fund will take the necessary measures to provide land and build housing, and good work has been done.” The situation in the provinces is different. Some were faster and some needed to accelerate.

Rostam Ghasemi (Summer 1400): We are pursuing the proposal of oil purification by building housing

Meanwhile, the Minister of Roads and Urban Development, Rostam Ghasemi, at the beginning of his visit to this ministry, raised the issue of oil purification with housing and announced: We are ready for foreign companies, especially Chinese or Turkish ones, to start construction, instead of money. Let’s give that oil.

The issue has been met with a backlash from domestic construction companies, who say that we have the capacity to produce both construction inputs and our technical and engineering services to the extent that we can build housing without the need for foreigners.

This reaction of the domestic builders caused the Ministry of Roads and Urban Development to announce that we are not going to import labor or engineers or construction materials; Rather, we will use only the advanced construction technology of construction companies to accelerate the process of housing construction.

خبر پیشنهادی:   What was the weekly value of equity shares?

Minister of Roads (Summer 1401): They did not give us oil to build housing

Despite the fact that more than 10 months have passed since the 13th government took office, so far nothing has happened in the field of “oil for housing” and the purification of oil by housing.

The Minister of Roads and Urban Development recently stated on his personal page in cyberspace that the reason is behind the promise of the Ministry of Oil regarding the allocation of oil to construction.

Vice President of Tehran Mass Manufacturers Association: Instead of refining oil, the participation of private investors can be used

In this regard, Iraj Rahbar, Vice President of the Tehran Mass Builders Association, in an interview with Mehr, said about the reason for the non-implementation of the oil purification plan for housing construction: He claimed that the plan was approved by the government and that we had been able to obtain a permit to refine oil with housing.

He added: “Currently, the issue of the presence of foreign companies has diminished.” Because we both announced that the private sector has the capacity for construction, and during the meeting of 1,400 economic activists with the Supreme Leader of the Revolution on February 1, he emphasized that internal capacity should be used; He also emphasized the use of internal knowledge in technology, and his view was that we could localize the subject of technology with the help of local scientists.

“Our engineers can solve the housing shortage problem and use the power of local engineers to access housing production technologies, even if it is new technology, we can learn it quickly,” the leader said.

Is oil in exchange for housing currently eliminated?

The vice president of the Tehran Mass Builders Association continued: “Our opinion is that the participation of the private sector in the construction of housing should be used, but there is no will to use the credit and capital of this sector in construction.”

Many applicants for national housing are unable to afford it

The Supreme Leader stated: The private sector can be the builder of housing and sell part of the units produced in the open market; Give another part of the units to the government to be used for supportive housing; We have to do the construction as soon as possible in any way possible so that we do not fall behind the plan and be able to compensate for the lack of construction.

He pointed out that the Ministry of Roads and Urban Development insists on using a combination of bank facilities and applicants ‘contributions, while using applicants’ contributions will lead to projects at a standstill and will last as long as Mehr housing. Because many applicants have the ability to provide and do not have their share.

Regarding the use of construction bank facilities, the construction industry union activist said: “Banks have announced their readiness to be able to repay loans of 450 million Tomans for big cities and 400 million Tomans for metropolises, and we have no problem with this, but these facilities are only half the cost of construction.” And to provide the other half, we are dependent on the applicant, which many of these applicants are not able to provide.

He stated: Article 17 of the Urban Land Law on Government Partnership with the Housing Builder has made it possible for the government to provide land to the investor and the builder to build housing on government lands and then the investor has his share in the market. Sold freely and the government’s share should be allocated to supportive housing projects.

Is the price of Lamari car determined? 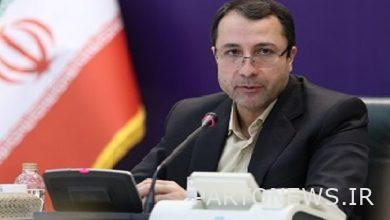 Implementation of the comprehensive banking network transformation program in 1401