Fidebo is the first and largest online platform کتـاب Iran is an electronic and audio company that has been working hard since 1992. Ideas Majid Ghasemi and Mehdi Forouzan started working legally by focusing on providing e-books legally.

About 3 million installers and 1,180 publishers are now collaborating with the Fidebo app. In 1995, the Digikala Group invested in Fidibo and InDigid Fidget with the goal of entering the field of digital content along with cultural concerns as well as expanding its value chain in the field of e-commerce.

The close collaboration of the Fidebo collection with the most reputable Persian publishers has increased the amount of content presented on this platform to more than 100,000 titles, which is not being added daily. This content has a wide variety of different topics and popular classifications such as novels and stories, psychology and management, philosophy and history, social sciences, science and technology, courses, courses.

Due to the variety of topics and focus on providing the newest, most popular and best-selling titles in 1399, the number of users visiting the site and the application has increased. In addition, it is possible to provide a better presentation of audiobooks on Fidebo, which has become one of the most popular content on the bridge in the last two years. Also, in the year 99, the possibility of using more users abroad was made possible by taking advantage of the possibility of buying more currency.

The most popular spring season

In the spring of last year, Fidibo users spent more time reading or listening to books, as the corona peaked in Iran and they were forced to stay home longer. A look at the popular topics of this chapter shows that books in the category of “Psychology, Motivation and Personal Development” have been the most popular among users, which may indicate the desire of people to strengthen psychological foundations and personal development to face difficult situations and illness. . But at the same time as the stock market in Iran is heating up in the spring of 1999, we are witnessing the presence of a book in this field that has attracted the attention of users.

The most popular hot summer season

In this chapter, with the increase of interest in the capital market, we see the welcome of Fidebo users from books in this field, and of course, with the corona epidemic in this chapter, psychology and personal development books have once again overtaken novels and stories among translated books. .

The most popular autumn season

The best-selling books written in the fall show that this is the best time to publish new fiction books. Given that Iqbal has outnumbered young Iranian novelists in recent years, the fall season has seen significant growth for a young writer such as Atieh Attarzadeh. Also among the translation books, we see the presence of the book “Suicide Shop” by “Jean Toli”, which was able to be among the top 5 works in the fall.

• “I, number three” by Atieh Attarzadeh
“976 days in the back streets of Europe” by Mohammad Delavari
“No Friend Except the Mountain” by Behrouz Buchani
• “Madness of Power and Illegal Power” by “Mohammad Reza Sargolzaei”
“Two Worlds” by Goli Targhi

The most popular in winter

In the winter, Fidibo users again in the translation section, works Psychology They chose, but in the compilation section, we saw the welcome of users from different books. From the great classic story of Alavi to the love story of Nader Ebrahimi. Despite the decline in the stock market, but a book written among the 5 selected works of this chapter is significant.

The best-selling audio books of each season

In the spring of 1999, with the rise of the Corona virus, it seemed natural for Fidibo users to look for works that could give them ways to feel better, and this trend continued throughout 1999 for audiobooks.

Spring
“23 Ways to Overcome Burnley” by S. جی. Scott “translated by” Amir Hossein Mirzaeian “and voiced by” Frank Yousefi “
“The Dark Side of Existence” by Debbie Ford, translated by Farnaz Foroud and voiced by Samira Javaherian
• “Ask to be given to you” written by “Esther Hicks” and translated by “Let the translation team be aware” with the voice of “Venus Safari”

The most popular Fidebo podcasts in ’99

Success podcast In 1999 shows once again that this new media can have its own audience. After reading Ferdowsi, the “Channel B” podcast was able to rank first among the most popular Fidibo podcasts, which shows the growing trend and stability of this podcast.

How do you rate this article?

What was the output of Dimond Online Acceleration?

Neuronio, a startup in the field of cognitive health 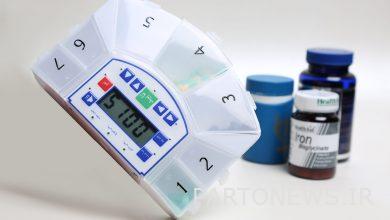 Zinobeh Smart Pill Box; Along the path of health