The 10th of July has been called the National Industry and Mining Day to honor the artisans and mining activists in the country, who are the drivers of the economic locomotive, to encourage entrepreneurs to invest and create employment and wealth creation in the country.

On this occasion, today Saturday – July 11th – the summit hall in Tehran hosted the president, the minister of industry and mining, and economic activists in the industrial and mining fields; On the sidelines of this program, eight large industrial projects worth 18,334 billion Rials were opened by the video conference order of the President, which will provide direct employment opportunities for about 7,000 people.

At the ceremony of the National Day of Industry and Mining, the president announced the preparation of a draft of the country’s comprehensive industry document by the government, after the confirmation of the Supreme Leader, and said: “A good draft has been prepared in this field with the consultation of experts.” And it is being finalized.

Ayatollah Seyed Ebrahim Raisi considered economic activists and producers as “officers of the field of production and creation of national power” and stated: The enemy is trying to disrupt and weaken the production process in order to hold the country back and weaken the components of power creation, of which production is one of the most important. Our duty against these efforts is to support producers and economic activists as officers of this field.

IRNA reporters in the provinces narrated the most important opening projects today, which have generated the most employment and investment, which are as follows:

The development plan of Ebony Chemical Complex, which produces all kinds of liquid industrial adhesives and impregnation resins, with an annual production capacity of 32 thousand tons, an investment of 2,732 billion Rials and direct employment of 120 people, was opened by the President’s remote order in Shiraz Industrial City.

According to Abdul Reza Asadpour, CEO of Ebony Chemical Complex, the domestic sales of this company last year were 160,000 tons and its export was 6,300 tons, which is equivalent to four million euros.

Among the products of this production unit, we can mention all kinds of liquid industrial glue and impregnation resins, urea formalin, concentrated formaldehyde, glaze powder, diethyl hexanopic acid, alkyd resins and all kinds of acrylic copolymer resins, which meet the needs of chemical and cellulose industries. he does.

The Deputy Director of Management and Resource Development of Fars Governorate also said in the opening ceremony of this plan: The main problem of the country, as the Supreme Leader of the Revolution has always emphasized in the past years, is the issue of production, employment and investment, and the strengthening and development of these sectors can solve many of the country’s problems.

Abdul Ali Karimi added: One of the problems in the large industrial town of Shiraz is the lack of land and its development. We hope that by allocating land in this town or other places, we will see the implementation of the development plan of this town and the establishment of new production and industrial units with the support of Fars Governor. .

Karimi also expressed hope that with the support of Fars Industry, Mining and Trade Organization officials and other related groups, closed and semi-closed industrial units will return to the production cycle. 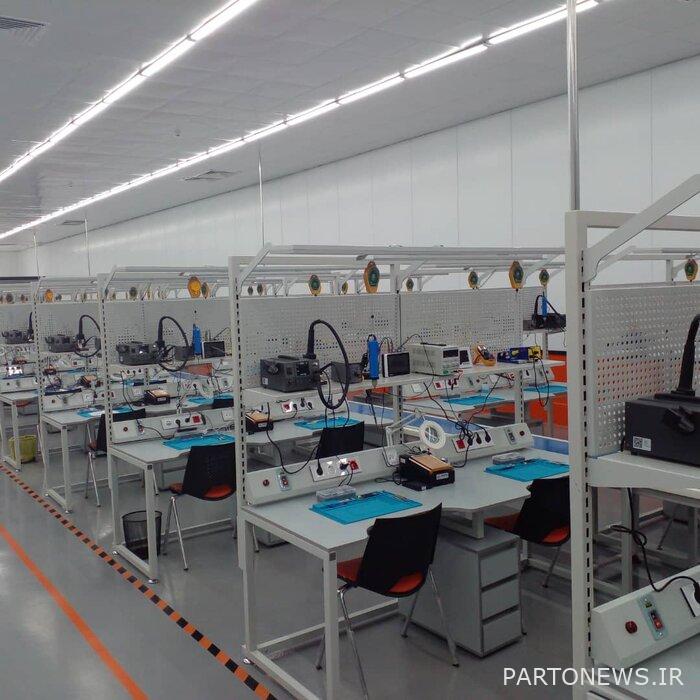 The opening of a tablet and mobile phone production factory in Zarandiyeh, Central Province

240 job opportunities were created in this city by benefiting from this factory, which has been set up with a capital of four thousand billion riyals of the private sector.

According to the officials of this factory, the purpose of building this unit is production and self-sufficiency and transfer of technology to the interior of the country in the field of mobile phone and tablet production. 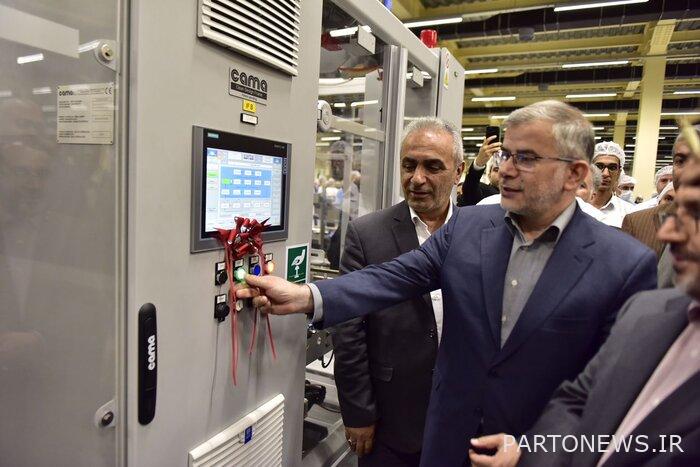 The beginning of the activity of one of the largest confectionery and chocolate production units in the Middle East in Saujblag city in Alborz province was one of the other inaugurations of the president today.

Morteza Soltani, Chairman of the Board of Directors of Zar Industrial and Research Group, said in this ceremony: This production unit with the name of Zarcom and an investment of more than 10 thousand billion Tomans and the production of more than 400 types of food products and sweets with world-class technology and with Employment was launched for five thousand people.

He stated that the Zar industrial and research group is the leader in the country’s food industry with 17 different food industries, processing, knowledge-based and service industries, and stated that the area of ​​”Zarcom” factory is 300,000 square meters and with the efforts of engineers and young workers of this Marz and Bom has been built and as one of the largest projects of the private sector in the country, it has created jobs for five thousand people.

Soltani noted: All the products of this factory can be exported and present in world markets and will compete with the biggest multinational companies and end their monopoly.

Alborz Governor Mojtaba Abdullahi also said on the sidelines of the inauguration: “Today, the private sector of this province made another honor for the export of the country’s products by launching a new production unit in the field of food and sweets.” This project, named as a mega project, was opened with more than 400 types of food products, cakes and chocolates in an area of ​​300,000 square meters. 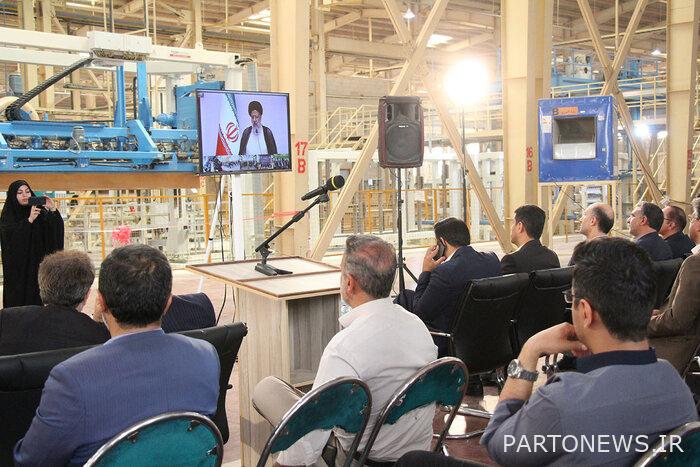 Opening of a production unit of panels and building blocks in Maybod, Yazd

A production unit of panels and light building blocks was put into operation at the same time as the start of eight production projects in the country with the presence of the president in a video conference in Jahan Abad Meybod Industrial Estate, Yazd.

This production unit was put into operation with an investment of 800 billion Tomans, of which 250 billion Tomans are Rials and 12 million Euros, and it is expected to create employment for 120 people.

This unit, which produces light building blocks with a production capacity of more than 350,000 square meters, started working with a total investment of 800 billion Tomans.

In the opening ceremony of this production unit, the Deputy Director of Civil Affairs Coordination of Yazd Governorate said: The construction industry in the country is suffering from problems, the most important of which is not moving towards industrialization.

Mohammad Javad Abul-Hosseini stated that one of the reasons for this problem is relying on traditional methods of housing production and added: In addition to industrial production, marketing of their products should also be done, but in case of neglect, special planning beyond the market discussion is required.

The deputy of Yazd governorate’s civil affairs coordination continued: The government’s policy in the field of housing in Yazd province is to build 54,000 units, while we are facing a limitation in the production of construction materials, which should be reminded of the use of these products and a model should be defined for the type and location of their use.

In Ardakan, Yazd province, Paya Folad Kavir Yazd Mining Industrial Company was also opened by the order of the president.

The managing director of Paya Folad Kavir Yazd Company told IRNA in this regard: This project with the initial investment of the private sector in the amount of 5 billion in 2013 and the approach of creating jobs for the local forces with a capacity of 2,300 people directly and indirectly, as well as creating economic prosperity It has been established on Tariq al-Reza road and has stone crushing factories with a capacity of four million tons per year, an iron ore concentrate with a capacity of one million tons per year, including infrastructure and facilities and ancillary buildings, and is located on a land of 56 hectares near the country’s major mines. Among them, Chadormelo, Chagharat and Chaghez have been launched.

Gholam Shayeq added: The executive operations of various departments of this company were implemented in recent years, and the first phase of the Yazd desert steel factory complex was completed and put into operation from the beginning of 2017 to the middle of 2019.
He continued: In line with the development plans of the company, through localization, the creation of other similar factories such as pelletizing, revitalization, smelting, rolling and production of steel sections from extraction to presentation to the consumer market has been targeted.

In addition to these advantages, the water transmission line to the factory and the creation of a diesel power plant next to it, which currently supplies the electricity required for the concentrate production line and the stone crushing department, which made it possible even after connecting the complex to the national electricity grid, with Paying attention to power outages in hot seasons as a competitive advantage of this company will continue to play an important and key role.

Do not pay attention to suspicious calls "receiving festival awards". 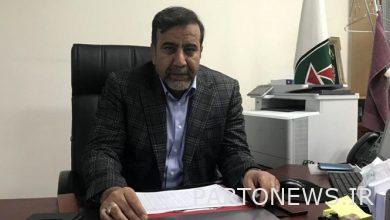 Launching a terrestrial aquifer to Syria with a public road fleet / 13,000 billion road debt to contractors 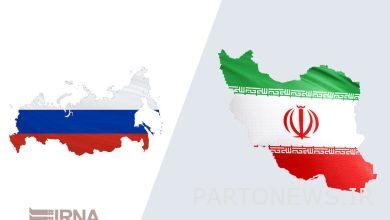 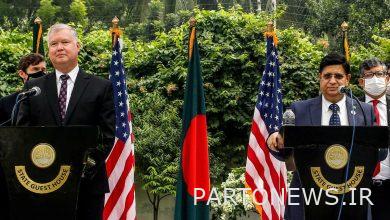 Bangladesh has criticized US sanctions 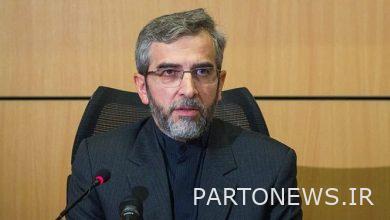 Bagheri narrates the conversations in Vienna; If everyone interacts seriously, progress is possible