According to the IRNA Provinces News Group, today IRNA correspondents in different provinces followed important topics as the demands of the people and in the political, economic, social and cultural spheres, among which can be “Memories of your sermons from Sardar Delha; From fighting ISIS to helping the flood victims“،”Bank interest, a breathtaking blow to the heart of entrepreneurship“،”Investigating the causes of reduced pomegranate production in roasting; The need to review the gardening method“،”The water storage of Mazandaran dams is about 40% less than last year” And “Drying of Chaharmahal and Bakhtiari species; The effect of climate change or natural decline?” Cited.

IRNA Provinces Group also stated in a report The latest outbreak of coronavirus in Iran The scientific findings from the study of a new corona strain called omicron underscore the need for preventive measures, including the use of masks, maintaining a physical distance, and avoiding gatherings and epochs. Factors that have a great impact on controlling this virus and breaking its transmission chain.

The group also published another report entitled “The latest news about the situation of the provinces following the activity of the precipitation system“It has studied the weather conditions and accidents in the country following the rains of the past 24 hours. The occurrence of floods in the south of the country, slippery roads, fog and blockage of mountain roads in the provinces of the country are among the topics studied in this report.

Today Mohammad Baqer Qalibaf, Speaker of the Islamic Consultative Assembly He also arrived in Kerman to participate in the second anniversary of the martyrdom of General Haj Qasem Soleimani. Upon arrival, he paid his respects to Martyr Soleimani. Watch the video of this ceremony below.

Qalibaf went to the house of the late Haj Hossein Ismail Beigi, one of the holy defense fighters in Kerman, and emphasized that The culture of sacred defense and revolution does not need to be exaggerated.

The Minister of Cooperatives, Labor and Social Welfare, who has gone to Karaj to participate in the exhibition of low-capital skills-based job opportunities, announced that 160,000 billion tomans has been predicted for job creation in the country next year.

The Deputy Minister of Cooperatives also announced on the sidelines of the exhibition that 440 new jobs were identified in the country. These opportunities are created by investing one million tomans.

Today, the Minister of Education also visited Rey, Shahid Soleimani Fashafoyeh Exceptional School inaugurated Rey city. He emphasized on the sidelines of the ceremony that The names of school-building charities should be included in textbooks. 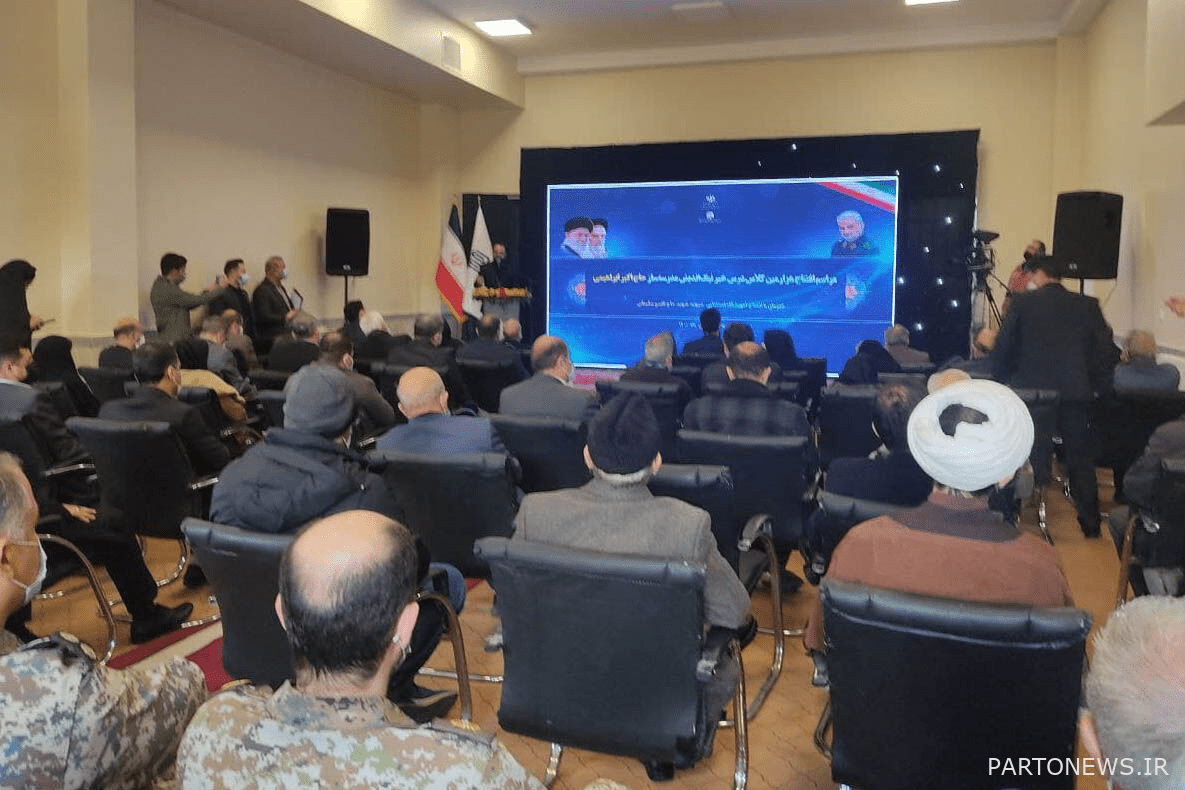 Sardar Fadavi, Deputy Commander-in-Chief of the Islamic Revolutionary Guard Corps Also in the community of defenders of the shrine of Mazandaran in ساری He stated that the overflow of military capabilities would solve all of Iran’s problems. 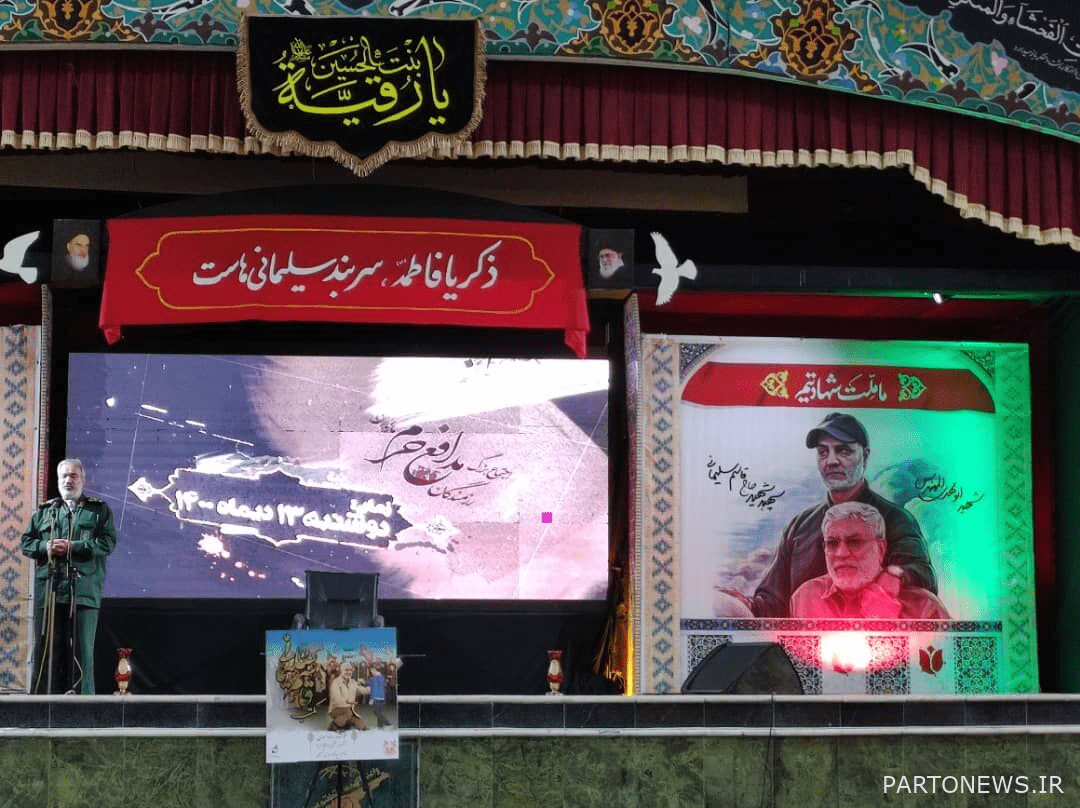 Sardar Naqdi, Deputy Coordinator of the Islamic Revolutionary Guard Corps Also that to Bandar Abbas He traveled during the commemoration of the second anniversary of Sardar Soleimani’s martyrdom and stressed that Sardar Soleimani’s half-finished mission must be completed.

Sardar Ramadan Sharif, spokesman for the IRGC He is also a guest of the people on the occasion of the anniversary of Martyr Soleimani ایلام He emphasized that Sardar Soleimani is a perfect model for today’s and tomorrow’s generation.

also Sardar Hossein Ashtari, Commander-in-Chief of the Police In the presence of members of the Security Council and law enforcement commanders of Kerman province, he stressed that we must increase people’s satisfaction with the police. He pointed out that the police are responsible for internal security and order and are in contact with the people around the clock. 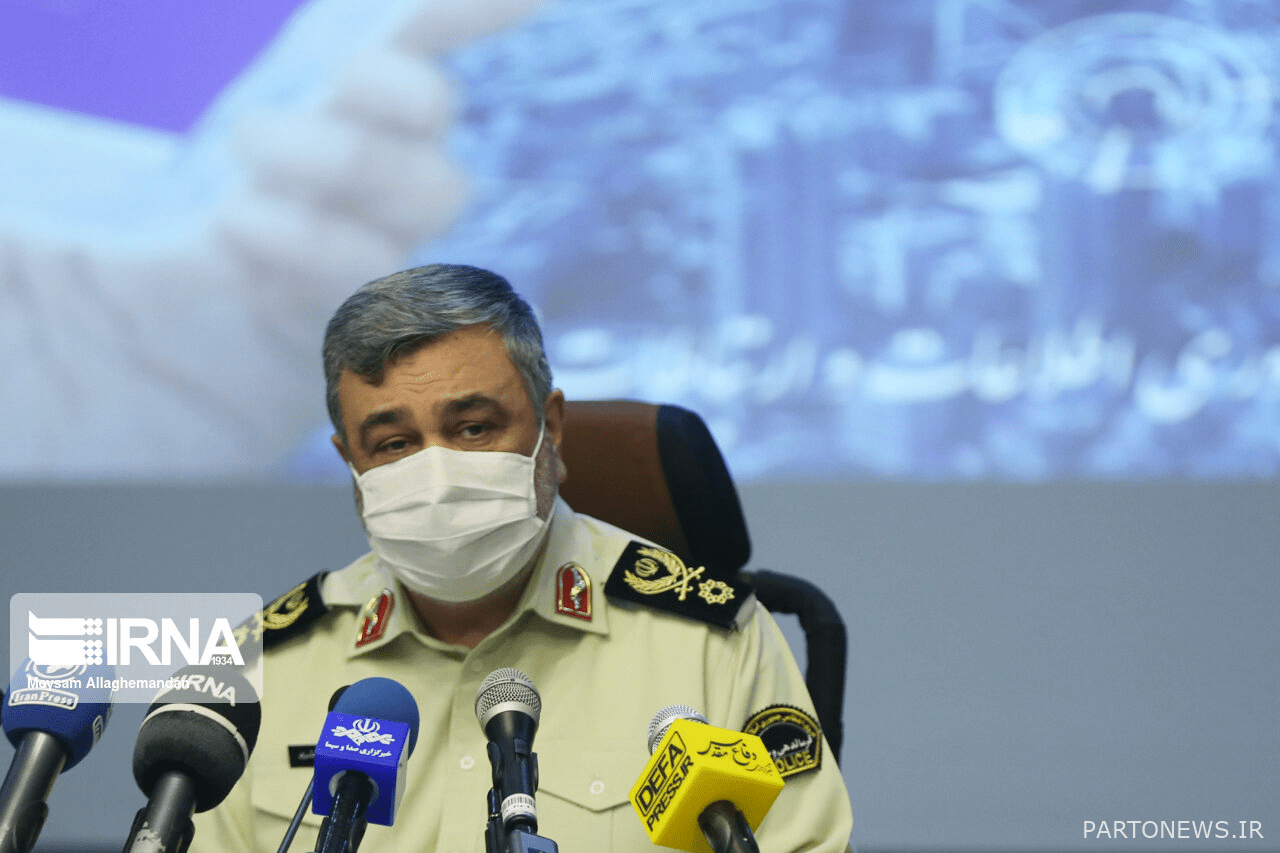 Deputy Minister of Education هم که در قزوین It was reported that 210,000 students who had dropped out of school were identified in the country. According to this government official 60,000 children have not enrolled in schools in the country this year.

The Iranian ambassador to Ankara also stressed in a video link with the governor of East Azerbaijan that The role of Tabriz in relations with Turkey should be highlighted. According to this diplomat, there is a positive view of Tabriz in this country. 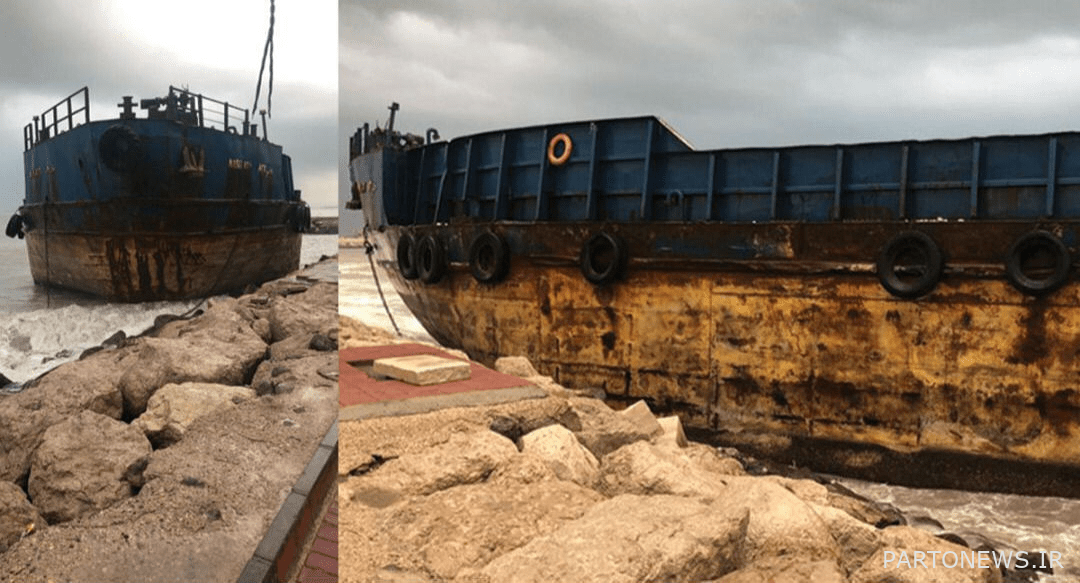 The head of the Management and Planning Organization of Bushehr province also went to the IRNA center in Bushehr told that The result of the president’s visit to this province is 4,950 billion tomans of credit. According to him, this amount of credit has been allocated in the form of 93 memorandums for the development of Bushehr province in 1400 and 1401.

Also, the Director General of Ports and Maritime Affairs of Gilan Province in an interview with IRNA reporter in انزلی From Unloading and loading of more than one million and 300 thousand tons of goods from Gilan ports informed. This rate has increased by 12% compared to last year in the same period.

IRNA center in Ahvaz also quoted Khuzestan police commander from Destruction of 2 arms smuggling gangs Reported in this province. During the operation, two heavy shipments of weapons, including 87 combat and hunting weapons and a significant amount of ammunition, were discovered. 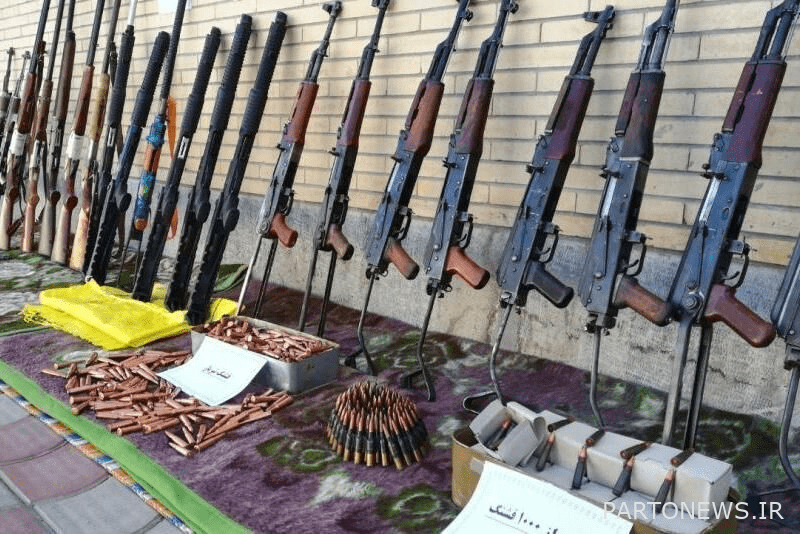 خبر پیشنهادی:   Achieving entrepreneurship in adolescence is the result of a combination of talent, interest and will

Management of Communications and International Affairs of Metro Operating Company Tehran And the suburbs also announced that A technical defect in Tehran Metro Line 2 was fixed. Today, one of the trains from Tehran station (Sadeghieh) to Farhangsara station was stopped due to a technical defect.

IRNA Center in Ardabil Also announced in a news item that with the completion of the Ardabil-Sarcham highway project, Ardabil province is connected to the free network of the country. The project is 178 km long and has 22% progress. 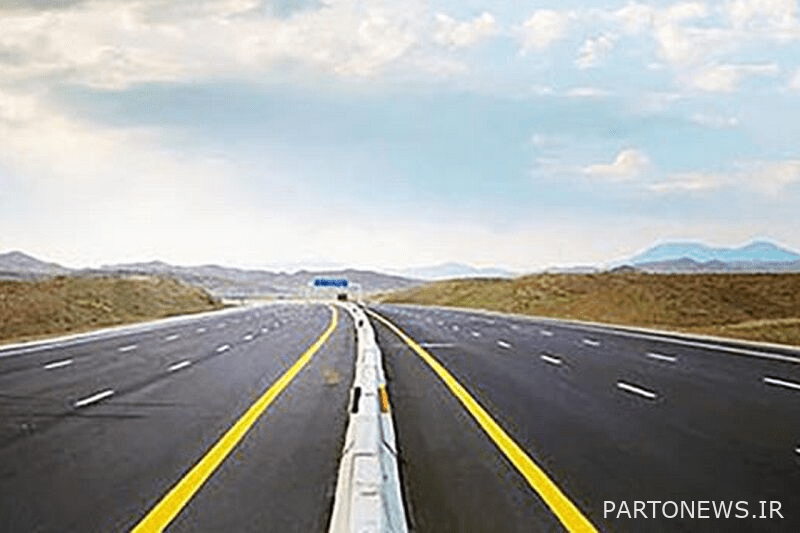 Commander of Deylam Fisheries Aquatic Resources Protection Base Bushehr Also announced that The offending fishing vessel was stopped at Imam Hassan Deylam fishing post. According to the official, the fishing boat was confiscated while fishing in the forbidden “trawl” method.

The Barakat Foundation provided 500 billion rials in employment loans to the villagers of North Khorasan. This was the headline of IRNA بجنورد He published it in an interview with the Barakat Foundation’s job creation project manager in North Khorasan. These facilities are paid in the fields of handicrafts, mushroom cultivation, ornamental flowers, turkey breeding and technical services. 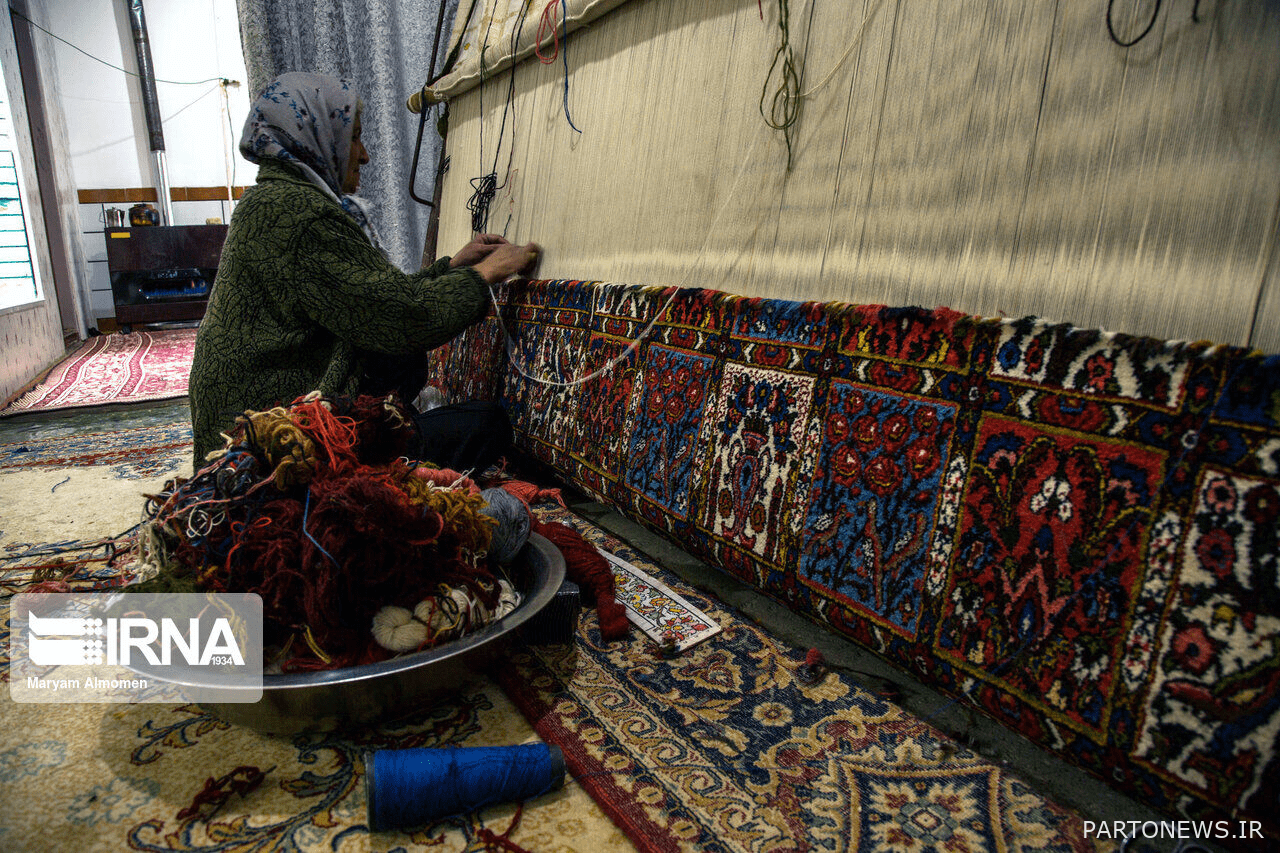 Following the recent rains, news was published in cyberspace about the damage to the dam of Bardol Parsian Dam, in response to which the Deputy CEO of Hormozgan Regional Water Company announced that No damage was done to Bardol Parsian Dam And only this dam has overflowed.

Today, the reports prepared by IRNA centers were examined in 31 provinces of the country, according to which the report of Maryam Soleimani, a reporter for the Gilan Center, with the headline “Bank interest, a breathtaking blow to the heart of entrepreneurship“, Razieh Zamani, a reporter for Tehran Center, entitled”Memories of your sermons from Sardar Delha; From fighting ISIS to helping the flood victims“Meysam Maleh Mir Chegini, Qazvin Center Reporter with the headline”The pursuit of revolutionary values ​​from the point of view of news photographers“And Hamid Reza Pahlavan Bagheri, correspondent of Yazd Center with the title”Investigating the causes of reduced pomegranate production in roasting; The need to review the gardening methodWere selected as the best or commendable content.

Samsung will support NFTs on its smart TVs 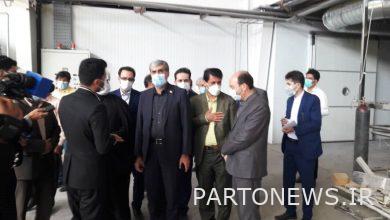 27,000 rural projects are being exploited in the country 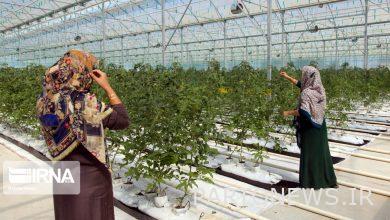 Migration from city to village with the development of entrepreneurship 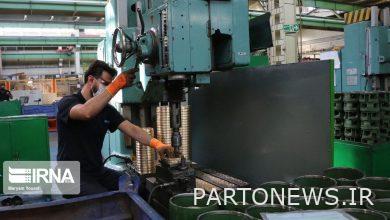 Forming a new path for pathology and rehabilitation of industrial units 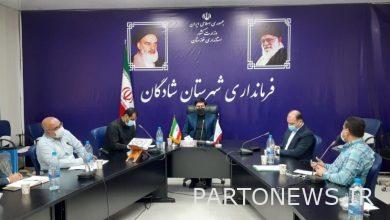