Seyed Saeed Shamsinejad, CEO of the bank, in the national seminar of managers, pointing out that favorable events have happened in the past 11 months with the efforts of provincial managers, said: many people did not believe that Qarzul Hosna banking could cover the gaps in banking, and some organizations used the bank’s services. Qarzul-Hosna Mehr of Iran is surprised.

Pointing out that the greatness of the bank is increasing every day, he said: This year, the bank has grown well in various indicators, and this increases our responsibility.

Stating that we are witnessing a change of model and paradigm, Shamsinejad said: Information technology can play a significant role in the continuation of the bank’s activity. We plan to reach 50 million customers and provide them with quality service, and in this direction, the field of information technology and the development of this sector are very important.

Emphasizing that the presentation of experiences and opinions in the bank is not one-sided, he stated: it is necessary for provincial managers to have a good relationship with the central administrations and convey their suggestions to them. Also, managers of provincial branches should hold meetings with heads and employees of branches at least once a month.

Paying the salaries of employees of government agencies, the new chapter of the bank’s activity
Shamsinejad addressed the headquarter and provincial managers of the bank and said: We are the managers of an Islamic society and a Qarzul Hosna bank and we must have a friendly relationship with our employees. It is necessary for the colleagues to have a high level of leadership and this requires that the managers of the branches of the provinces have a proper relationship with the employees of the branches and be by their side.

In another part of his speech, he mentioned the issuance of permission to pay salaries and wages of government agencies through Qarzul Hosna banks and stated: This issue requires the bank’s interaction with the institutions of this sector to be more than in the past. We must identify the needs of government agencies and provide them with an appropriate response.

خبر پیشنهادی:   The end of today's stock market / the strength of automobiles did not reach the total index - Tejaratnews

The CEO of Qarzul Hosne Mehr Bank of Iran continued as follows: The level of expectation and responsiveness of the bank’s customers has increased, but with the favorable approach taken by the managers of the provinces, we will not have any problems and our customer community is expanding day by day.

Referring to the necessity of increasing the quality of banking services, the CEO of Iran’s Qarz-ul-Hosneh Mehr Bank said: “When we provide a favorable, accessible and cheap service to the people, they will welcome it.” One of the very big projects of the bank is to receive a service fee instead of a fee, and we all need to help each other in this matter.

Shamsinejad considered the bank’s other project to be related to education and said: Many measures are being taken for this project in different provinces. We want to start the call of Qarzul-Hosna in schools and to include concepts related to Qarzul-Hosna in the textbooks.

He raised the question why western culture penetrates in our schools, but there is no Qarzul-Hasna culture. He said: We don’t want to do routine work, but we have a responsibility to make improvements. Managers should have creativity and concern for forward progress. We owe it to the people and we must take steps to solve their problems.

The CEO of Qarzul Hosne Mehr Iran Bank added: I am grateful to all my colleagues, because in the first 6 months of this year, we experienced a growth of approximately 40% in resources, while the average of the banking network was 14%. Also, our lending to people has become more, better and easier.

Emphasizing that Mehr Iran’s Qarz-ul-Hosna Bank has achieved good success thanks to the holy culture of Qarz-ul-Hosna and the efforts of its employees, he said: “There is definitely a bright horizon ahead of the bank.” These conditions allow Qarzul Hosna to reach the help of members of the society. Fortunately, we have been able to use Qarz Al-Hosna for entrepreneurship and job creation in addition to providing financing for micro-needs.

Shamsinejad announced the target of the bank’s resources for the end of the year at 200 thousand billion tomans and said: this number is very high. As a result, the loan payment of Qarz Al-Hasna will increase significantly. One of the plans of the central bank is to expand financial inclusion and that all people in different parts of the country can easily get Qarzul-Hasna loans.

The bank’s business innovation and development center is launched
The CEO of Qarzul Hosneh Mehr Bank of Iran announced: We will soon open the bank’s innovation and business development center. To develop our activities, we need an innovation center so that researchers and students can exchange ideas and create innovative ideas in this center. Also, by the end of this year, we will open the system related to the scientific authority of Qarz Al-Hosna.

He said: The next project of the bank is to set up a foreign bank. People should be able to receive all the banking services they want with Sahambank. Farabank is operationalized in several phases and a wide range of services are provided on this platform.

Shamsinejad said: “Also, we will hold the Qarz-ul-Hosna national cultural and artistic festival at the end of the year, which is a great work in its own kind and can be the source of the production of various works of art in the area of ​​Qarz-ul-Hosna.”

In the end, he pointed out that the share of Qarz-ul-Hasneh Mehr Bank of Iran in the liquidity of the country has increased and reached 2%, it is the result of the efforts and cooperation of all bank employees. In the first step, we have targeted 5% and in the next step, 20% of the banking network resources.

What is the effect of the feed rate of petrochemicals on the stock market? - Tejarat News 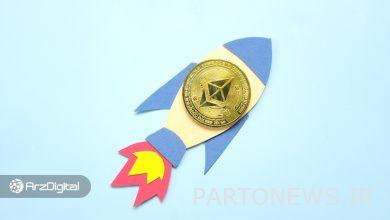 Ethereum price reached the highest level since Marj update; what is the reason? 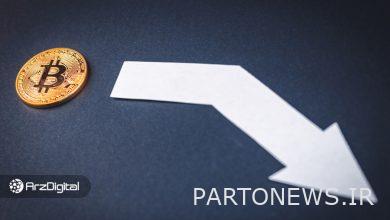 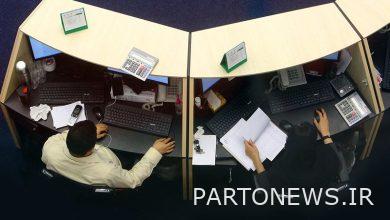