According to Tejarat News, the recent period for the housing market and Rent have been. According to the Minister of Roads and Urban Development, according to the decision of the Monetary and Credit Council, the interest rate on housing assistance is 18%, of which 5% includes subsidies.

On the other hand, it was approved yesterday that from now on, the tenants’ contract will be automatically renewed every year.

Also, according to the Minister of Roads and Urban Development, according to the decision of the Monetary and Credit Council, the interest rate on housing assistance is 18%, of which 5% includes subsidies (Tasnim).

MPs also this morning, July 1, the generalities of the Dufourite plan Control and organization of property rents Residential was approved by 114 votes in favor, 97 against and 5 abstentions from a total of 224 votes.

According to the plan for the annual increase Rent There is a limit. Conditions for obtaining a harder eviction order and higher rents are also set. Heavy fines have also been imposed for evading the lease agreement and failing to post it on the system.

But what are the problems with the implementation of these decrees and what is the impact on the rental market?

Putting people face to face in the rental market

Mansour Gheibi, a housing expert, told Tejaratnews: “These kinds of laws are government interference in people’s affairs and confronting tenants and landlords.” Governments in no country do so directly interfere in private contracts.

He continued: “I believe this issue inflames the rental and housing market and is also effective in increasing housing prices.” Interference in this area at such a level, due to its high sensitivity, causes negative reactions.

خبر پیشنهادی:   New condition for car import / import under the condition of lack of production!

Gheibi also said that now, under the guise of protecting the tenant, the government is institutionalizing the main policies based on taxation of landlords. There is no problem with this in general, but the weakness is in the fact that what is wrong with our current laws that can not be taxed in a timely manner.

He explained: “There is an anti-capitalist view in these laws, which causes the outflow of capital and economic capacities from society.” This approach deprives people of the desire to invest in economics, especially housing economics. In general, I do not see the atmosphere as positive and this is not the way to achieve the desired result.

What are the problems with a 25% increase in rents?

The expert also said about the 25% increase in rents: “When landlords see that they do not have the capacity to respond to income, they are forced to use the full capacity of the property they rent, so they can not comply with government regulations.”

According to Ghaibi, the increase in costs is not in line with the 25% increase in rents; The government must solve this problem.

On the other hand, Baitullah Sattarian, a housing economics expert, told Tejaratnews about the automatic extension of rents: “It is not possible to interfere in people’s private transactions by an order.” Therefore, such decisions are probably not enforceable.

No property has been handed over to the owners

"Cut Up 2" poster was unveiled 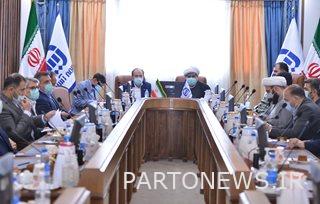 Acquisition of 07.07% of the insurance market by Asia Insurance