I ask several people the address of Khwaja Rabi, without exception, everyone knew the address of Khwaja Rabi. In the past, Khawaja Rabi Street extended from the tomb to Shahada Square, and now a part of this street has been renamed to Ayatollah Ebadi Street. The building of Khawaja Rabi Mausoleum is located at the end of the street and this huge building stands out from afar.

I entered Khwaja Rabi’s collection and I spoke with one of the people who came to Khwaja Rabi, he came to Mashhad to visit the royal court of Hazrat Reza (AS) and spent a few days in Mashhad as a guest of Imam Reza (AS), to Ferdowsi’s tomb, Imamzadegan Yasir and Naser also left and now he has come to Khawaja Rabi.

Inside the main building of Khwaja Rabi Mausoleum, the tomb of Sheikh Ahmed Kafi, a famous preacher before the revolution, is also located, and the visitors send prayers for him as well.

Around the building of the tomb, like the old caravanserais, there are cells in which the tomb of the martyrs of the holy defense is located. The surrounding area of ​​Khwaja Rabi building has also been turned into a cemetery. 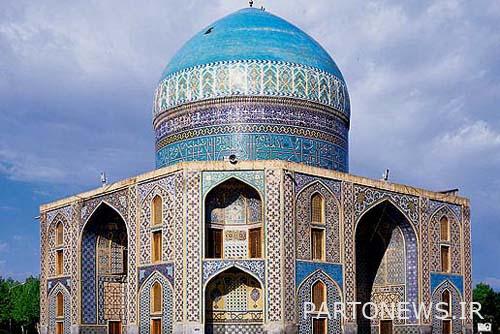 Who is Khaja Rabi?

The name of Khwaja Rabi in history is Rabi bin Khathim Asdi Thori Kufi. He was from the Bani Asad clan and a resident of Kufa, one of the eight ascetics known as Sadr of Islam, as well as one of the companions of the Prophet of Islam and one of the commanders of Hazrat Ali’s army.

Khwaja Rabi, or Rabi bin Khathim Asadi Thori Kufi, migrated from Arabia to Khorasan in the second half of the first century AH and settled in this area and finally died in Noghan in 61 or 63.

Khwaja Rabi held the emirate of Ray at the beginning of the caliphate of Hazrat Ali (AS) and he was the assistant of Hazrat Ali (AS) in the battle of Safin, and this is one of the reasons why Shiites have a special devotion to him.

Now Khwaja Rabi is surrounded by Yousufzadeh, Mehr Madar and Bahman neighborhoods, but in the past it was located in the vicinity of a village named Hossein Abad Khwaja Rabi. In the last century, the administration of Khawaja Rabi’s garden and grave is under the responsibility of Astan Quds Razavi, Khawaja Rabi’s garden is one of the important cemeteries of Mashhad. 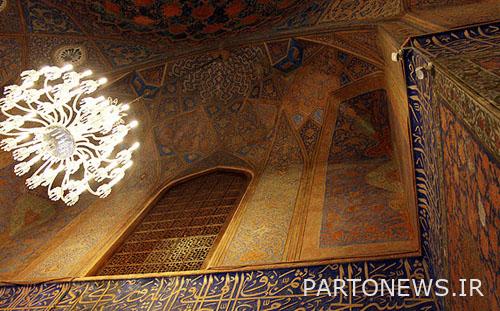 Mahmoud Taghraei, an archaeologist and the person in charge of the registration of historical monuments of the General Directorate of Cultural Heritage, Tourism and Handicrafts of Khorasan Razavi, says about this: “The magnificent tomb of Khawaja Rabi is located in the northwest of Mashhad and at the end of Khawaja Rabi Street. The tomb building was built by Shah Abbas Safavi on the order of Sheikh Bahai in the beginning of the eleventh century AH.

He adds: “The current building of Khwaja Rabi’s tomb is the one that was built in the years 1026 to 1031 AH by the order of Shah Abbas and under the supervision of one of the Sadats of Razavi of Mashhad named Mirza Aflegh.” 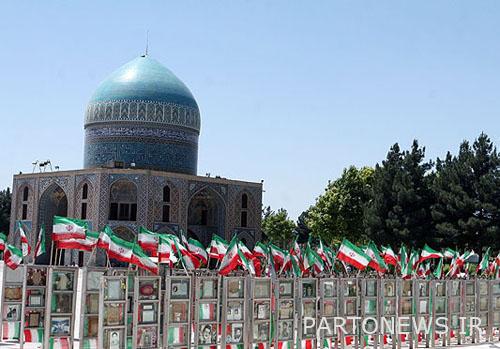 The architecture of Khawaja Rabi monument

Taghraei states: “Khwaja Rabi Mausoleum of Mashhad is a historical monument with architecture related to the Safavid era, which, in addition to its spiritual and pilgrimage aspect, has a special place because of its beautiful architecture. But the interesting part of the architecture of this tomb is the turquoise-colored inscriptions that were written inside the dome and its external stem by the famous calligrapher of the Safavid era, Alireza Abbasi, with Tholut script. Two dates 1026 and 1031 AH can be seen on the inscriptions, which show the years of construction and decoration of the building. In these inscriptions, which begin with the name of Shah Abbas Safavi, verse 62 of Surah Mubarak Yunus and parts of the 84th sermon of Nahj al-Balaghah are written.

Razavi, the head of historical records of the General Directorate of Cultural Heritage, Tourism and Handicrafts of Khorasan, says: “The design of the mausoleum is octagonal on the outside and four porches on the inside. Corridors are opened from the end of the large side porches. Above the building of Khawaja Rabi, there is a turquoise colored dome, the height of which is 18 meters, the dome of the building is covered with beautiful turquoise tiles and the inside of the building is decorated with golden paintings. Through the wall and behind the main four porches, there are four entrances that lead to the palaces.

He reminds: “Next to this complex and in front of the entrance to Khawaja Rabi’s garden, there is a reservoir whose construction has been attributed to Umm Kulthum and Mirza Sadr al-Din’s efforts and to the era of Shah Suleiman the Safavid.”

Toghrai points to the tourism potential of this historical and cultural complex and adds: “Khwaja Rabi’s mausoleum has now become one of Mashhad’s tourist and pilgrimage sites, and many pilgrims and tourists visit this pilgrimage and historical complex every year.” 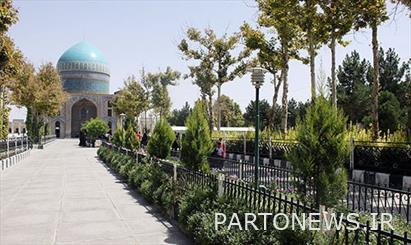 Razavi, the head of historical records of the General Department of Cultural Heritage, Tourism and Handicrafts of Khorasan, stated: “This tomb was registered as one of Iran’s national monuments on January 15, 1310 by the then Cultural Heritage Organization with registration number 142.” 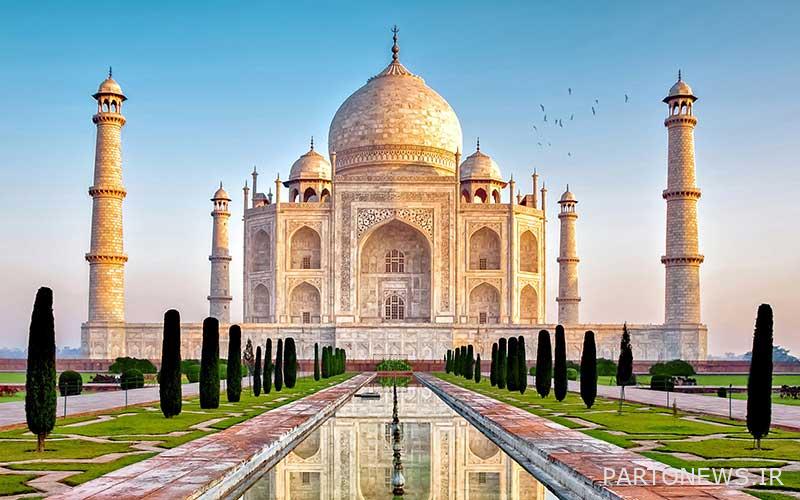 Taj Mahal is a mirror of Khwaja Rabi’s building

The remarkable thing about Khawaja Rabi is that it is said that the famous Taj Mahal of India, which was one of the seven wonders of the world, was inspired by this tomb. During the past 14 centuries, Khawaja Rabi has always been a well-known place and a place of pilgrimage for Muslims, both Shia and Sunni. 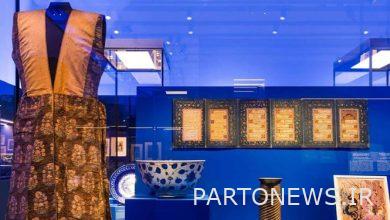 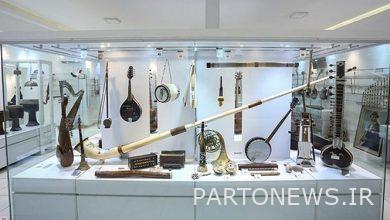 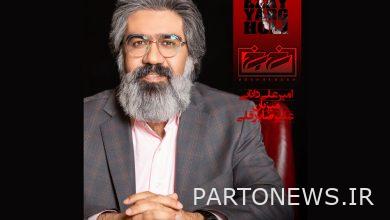