According to Tejarat News, the CEO of the New Cities Development Company stated that the completion of Mehr Housing in the new city of Pardis needs 8000 billion tomans and in other cities 7000 billion Tomans. He said: Some Mehr housing projects are still on the ground. To provide the budget, we have put it on the agenda to complete the Mehr housing units without imposing a cost on the applicants.

Alireza Jafari in an interview with ایسنا, Said: Due to the increase in prices that have taken place in recent years, now the main issue for the completion of housing units is to provide credit. The main undelivered Mehr housing units are located in the cities of Pardis, Parand and Hashtgerd.

He added: “According to estimates, the budget and credit for the new campus city is 8,000 billion tomans.” We need about 7000 billion tomans for other cities, the main part of which is related to Parand and Hashtgerd, some of this figure should be provided for other new cities. There are 80,000 semi-functional Mehr housing units in new cities, of which about 40,000 units have been completed but cannot be used due to lack of services and branches. 40,000 units have not been completed. Most of these projects are in the new cities of Pardis, Parand and Hashtgerd.

Referring to Raeisi’s emphasis on the completion of Mehr housing, Jafari said: “Following the president’s order to complete the Mehr housing units, we held meetings with the executive vice president to find out how to provide resources and determine the task of the remaining Mehr housing.”

خبر پیشنهادی:   With this trick, you can recognize the color of the car at a glance

We do not charge fees to applicants

He continued: “According to this, we had two main obstacles, one was to determine the contractors ‘contract and the other was to discuss the necessary funding so that we could do the contractors’ status report.” Due to the fact that the budget, credits and even the applicants’ expenses were spent, in fact, we did not have any money to complete the units and we will not impose a new cost on the applicants.

Cash support, production and purification in order to complete the units

The Deputy Minister of Roads and Urban Development stated: Three strategies were envisaged to provide housing resources in Mehr. One was the issue of cash support for project completion to create an initial cash flow in project implementation. The second is generating so that we can use the capacity of the budgets needed on land within urban environments or extensions.

He considered the third solution to be providing resources through cleanliness and said: “Value-added has been created in new cities from land or joint projects, and these resources can support the discussion of completing Mehr housing.” We allocate these resources to contractors.

According to Jafari, most of the units suffer from defects such as lack of branches, landscaping problems or lack of elevators. This number remains from the previous government, but it does not matter which government it belongs to, and we are committed to ending it.

We get a two percent share of the market 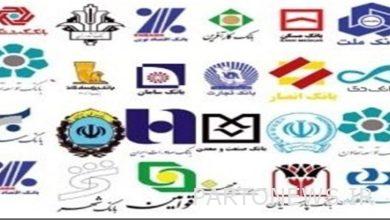 Obligation facilities should be commensurate with the banks’ resources