According to Fars news agency, citing the public relations of the Ministry of Security, Seyyed Reza Fatemi Amin described the production situation in the country as good on the last day of the two-day meeting of heads of universities, research institutes and science and technology parks, which was held at the place of the Scientific and Industrial Research Organization of Iran. and added: According to the statistics center report, the economic growth in the first 6 months of this year was 3.3 percent, and this growth in the industry and mining sector reached 4.9 percent.

Stating that the growth of this sector is important because of job creation, he continued: Also, this growth in the past years was 3.5, 1.9, respectively, which indicates a negative growth.

The Minister of Industry, Mining and Trade stated: Investment in the machinery sector has increased by 15% and the stagnation of the last 8 years has been broken.

Fatemi Amin raised the question why these developments are not noticeable in people’s lives, and considered the reason for this to be inflation and added: the production sector is going well, and we must strengthen the process with synergy between businesses.

He considered the two main goals of the Ministry of Privacy to be international authority and improving people’s lives and added: international authority is defined in 4 dimensions; In the economic dimension, one of the criteria is the export of complex goods, based on which an index called complexity is introduced. This index means to export a product that is produced by fewer countries and to import a product that is produced by many countries.

He considered reaching such a position as an indication of the country’s economic and knowledge power and added: A knowledge society is a society that has been able to form businesses and make products that other societies do not produce.

Minister Samet considered the functions of scientific centers to promote and promote science and technology and training of human capital and said: these two goals cannot be achieved without communication with businesses; This need is mutual.

Referring to systems such as the ONet system in America, Fatemi Amin said: This system categorizes occupational and secondary characteristics, and also specifies how many people are employed in each occupational field, how much the salary is, what skills it needs, and related information.

Minister Samet emphasized: Today, production units face the challenge of attracting suitable human resources, even in the stage of bankruptcy, so systems similar to ONet provide job information and job opportunities, and in this way help companies and also provide the necessary data for higher education. They change the topics of education according to the needs of the industry.

* Ranking of universities based on entrepreneurship

Emphasizing the importance of ranking universities, he said: QS/QS ranking system ranks universities based on the evaluation of business employers. That is, he asks the owner of a business how much the university education has been useful in business development.

خبر پیشنهادی:   Reducing electricity production and stopping the delivery of oil products in the third nationwide strike in France

He clarified: The ability of science and technology of governance is equal to the construction of a two-story building, but we need much more.

Fatemi Amin stated: The opportunity to study in the industry makes the faculty members not only familiar with the characteristics of that industry, but also with the policy and governance of that field.

Will the Premier League of Volleyball be centralized? 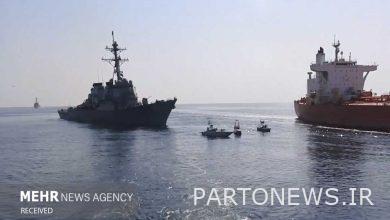 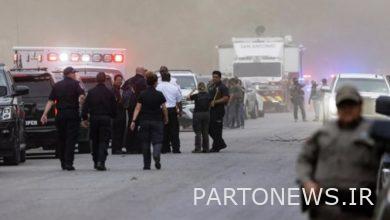 The negligence of the police in the Texas shooting disaster US claim: More than 2,000 children abducted from Donetsk and Lugansk