In the text of Mohsen Sari’s ruling, it is stated:

“Mr. Mohsen Sari, based on his commitment and media records, I appoint him as the “Broadcast Director” of Jam Jam Global Network. It is expected that the following items will be seriously pursued based on the macro-policies of the national media with cooperation and interaction with other units and program-making groups.

– Coordinating and closely monitoring the broadcast schedule of programs on three channels, especially live programs based on the criteria communicated by the organization and the vice president of Cima.
– Maintaining, strengthening, motivating and disciplining quality and efficient forces, especially broadcast reviewers
– Revising the program review process with the aim of governing the speed and accuracy of affairs
– Taking advantage of graphic and technical innovations with the aim of making it attractive and diverse and improving the visual identity of the network
– Smart and attractive use of subtitles and between programs, especially on special occasions
– Intelligent planning and coordination in order to make the best possible use of the programming groups from the limited studio and network capacities.

I ask Almighty God for your highness’s increasing success in serving the holy system of the Islamic Republic of Iran and the national media.”


خبر پیشنهادی:   We are trying to open the knots in the field of tourism/issuing insurance licenses without employers for 10 thousand people

Is the sign of effective applicants entering the housing/dealing market growing? - Tejarat News

Screening and critique of the film “Toman” in Arasbaran Cultural Center

Rainfall in 8 provinces of the country 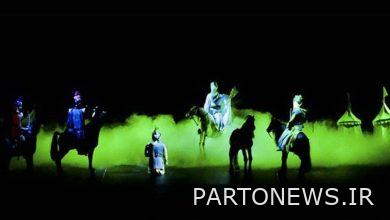 On August 27, the final performance of the Ashura opera in Vahdat Hall