According to the sports reporter of Fars News Agency, the 2022 Nations League in the men’s group will start on June 7, this year, and will end on August 2, with the introduction of the top teams. The men’s group includes 16 teams from Brazil, Poland, France, the United States, Slovenia, Serbia, Argentina, Italy, Canada, Japan, Iran, China, Germany, the Netherlands, Bulgaria and Australia.

The Iranian national volleyball team, which has experience of participating in the previous three rounds of this competition with Igor Kolakovi ((2018 and 2019) and Vladimir Alkeno (2021), respectively, will participate in 2022 with the Iranian coach (Behrouz Ataei) to lead for the first time. Iranian men volleyball in these competitions to be led by an Iranian coach. Meanwhile, our national volleyball team will participate in these competitions with a new and young generation, and the young men of Iranian volleyball will defend the name and reputation of Iranian volleyball by attending this international arena.

How did the World League and the League of Nations start?

The World Volleyball Federation (FIVB) has launched the annual World League tournaments (in the men’s section) and the Grand Prix (in the women’s section) since the early 1990s, based on a worldwide marketing and attraction program for the sport of volleyball.

Although these two annual events were fundamentally different in terms of the number of teams present, the way they were held, and the cash prizes, they gradually gained an important place among volleyball active countries as well as volleyball audiences during the two decades of holding them. To the extent that attending these tournaments became part of the goals and visions of the countries; Because the World League and the Grand Prix had become a necessary prelude to the evolution and progress of the teams.

Meeting the powerful countries of the volleyball world and gaining experience of an international presence at the highest level of volleyball in the world in two months was not something that countries could easily pass by. In particular, through these channels, they could prepare for other important tournaments, including the Olympic Games, the World Men’s Championship, the World Cup, and the Continental Championships.

Iranian volleyball was one of the countries that considered the World League as the gateway to globalization and progress and set a goal to participate in this tournament, but the Iranian national team was stopped in the qualifying round of this tournament in 2010 and 2011 until 2012, when it finally won. Two victories against Egypt in Cairo and then two more victories over Japan in Tehran, qualified for the 2013 World League.

From that year until 2017, when the last round of the World League was held, Iran was always one of the teams present in this prestigious tournament, and its best result was in 2014, when it reached the final stage from the group stage and advanced to the semifinals from this stage. And eventually finished fourth. 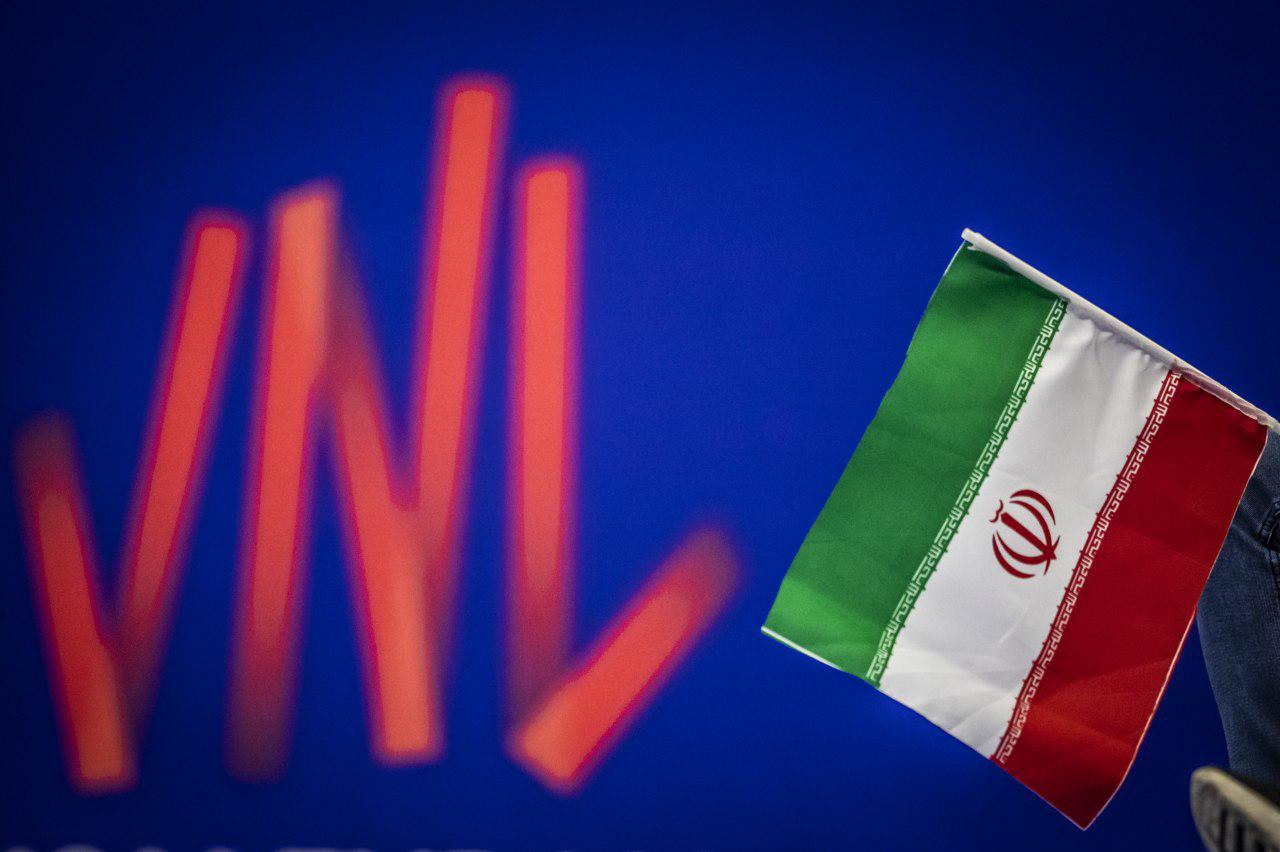 Since 2018, the World Volleyball Federation has established and implemented the “League of Nations” competitions by combining and unifying the World League (men) and the Grand Prix (women) in terms of the number of teams, the manner of holding and the amount of cash prizes. Competitions in which Iran is also a regular participant and ended in 2018 and 2019 with the victory of Russia. In 2020, the spread of the Corona virus canceled the third round of the competition, and in 2021, Brazil won the championship.

Preliminary stage at a glance

The 2022 League of Nations volleyball in the men’s group will start on June 7, and the group stage of this competition will continue until July 10, with 96 matches. In the men’s group, 16 teams from Brazil, Poland, France, USA, Slovenia, Serbia, Argentina, Italy, Canada, Japan, Iran, China, Germany, the Netherlands, Bulgaria and Australia are participating in the competition.

The participating teams will face each other in six different groups during the three weeks of the group stage. The hosts are as follows: 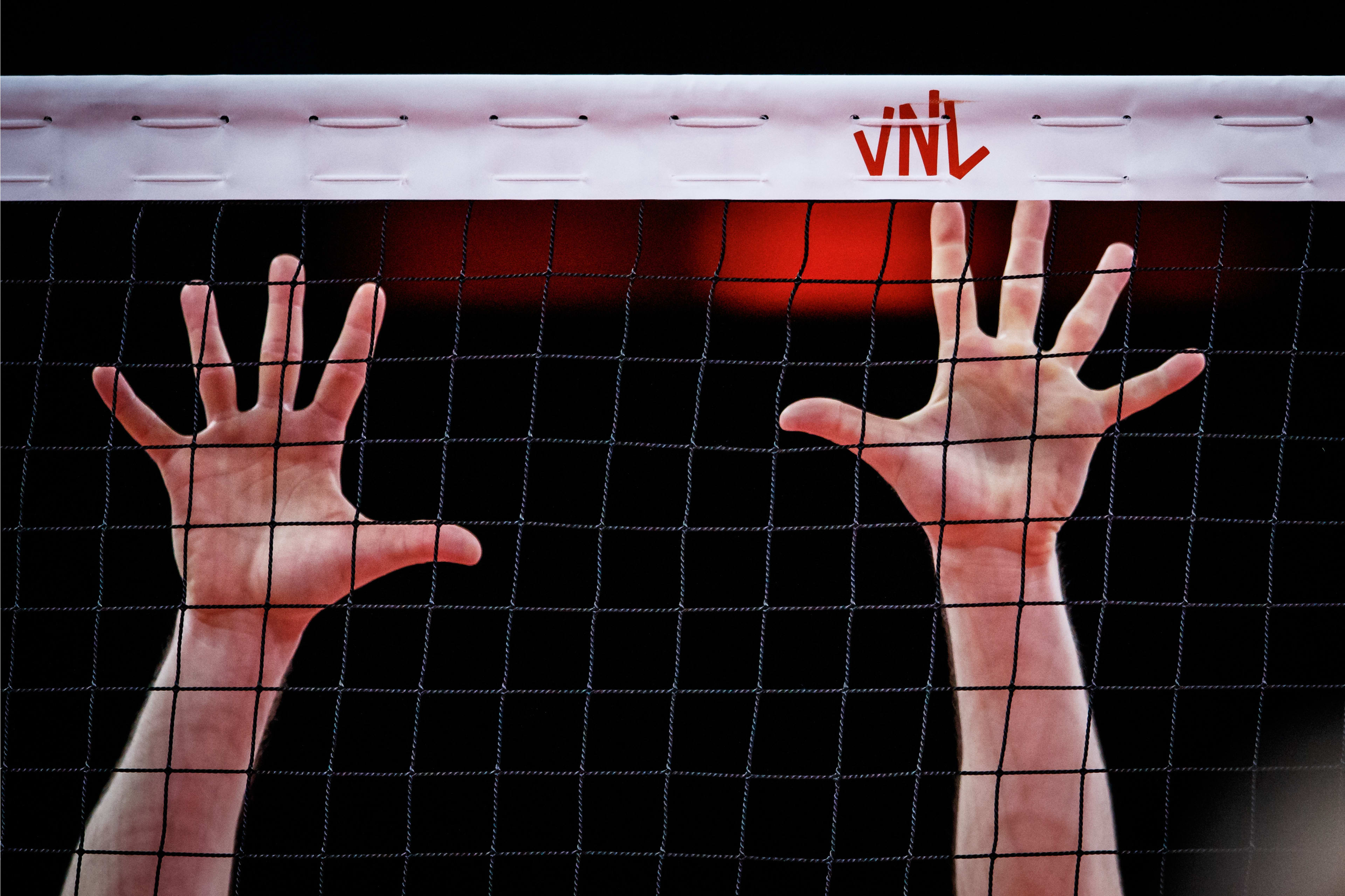 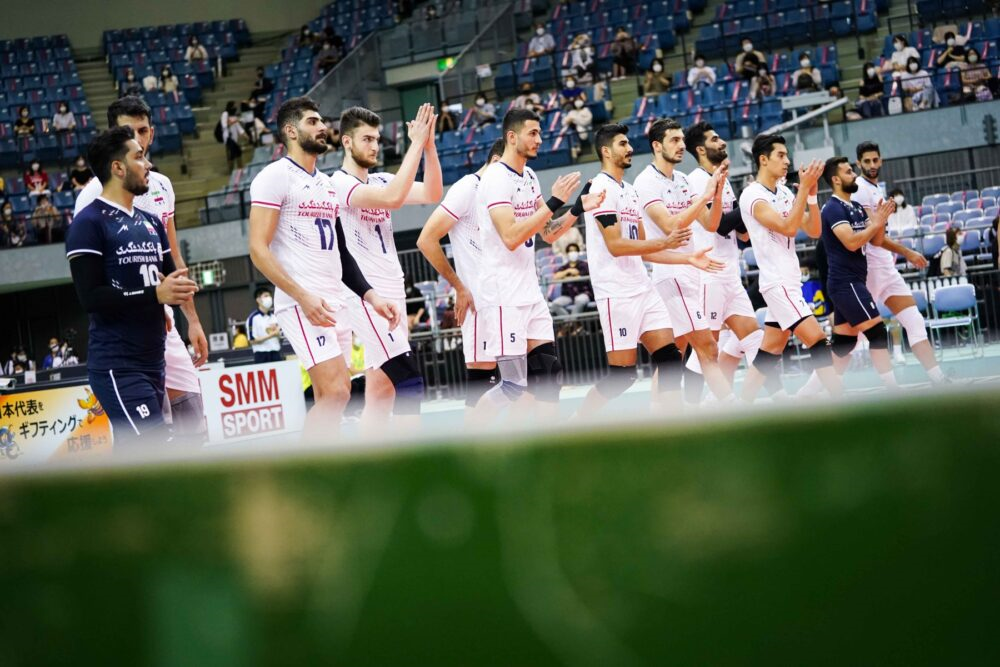 The Iranian national volleyball team, in preparation for a worthy participation in the 2022 League of Nations, will start its training camp in the Serbian capital Belgrade on Sunday, June 28th. According to the program prepared for this camp, Behrouz Atai’s students will practice in two shifts in the morning and in the evening, and these exercises will continue until 13 June in Belgrade.

The Iranian men’s volleyball team will leave Belgrade for Brazil on Friday night, June 4, and after a long journey, will arrive in Brazil on Sunday morning (June 6).

As always, I take the lead in implementing social responsibility

In our last training session before being sent to the preparatory matches in Serbia to participate in the 2022 Nations League competitions, our national volleyball team observed a minute of silence and paid tribute to the victims of the Abadan accident by slapping a black ribbon on the players’ chests. They offered their condolences to the people of Abadan and Iran. 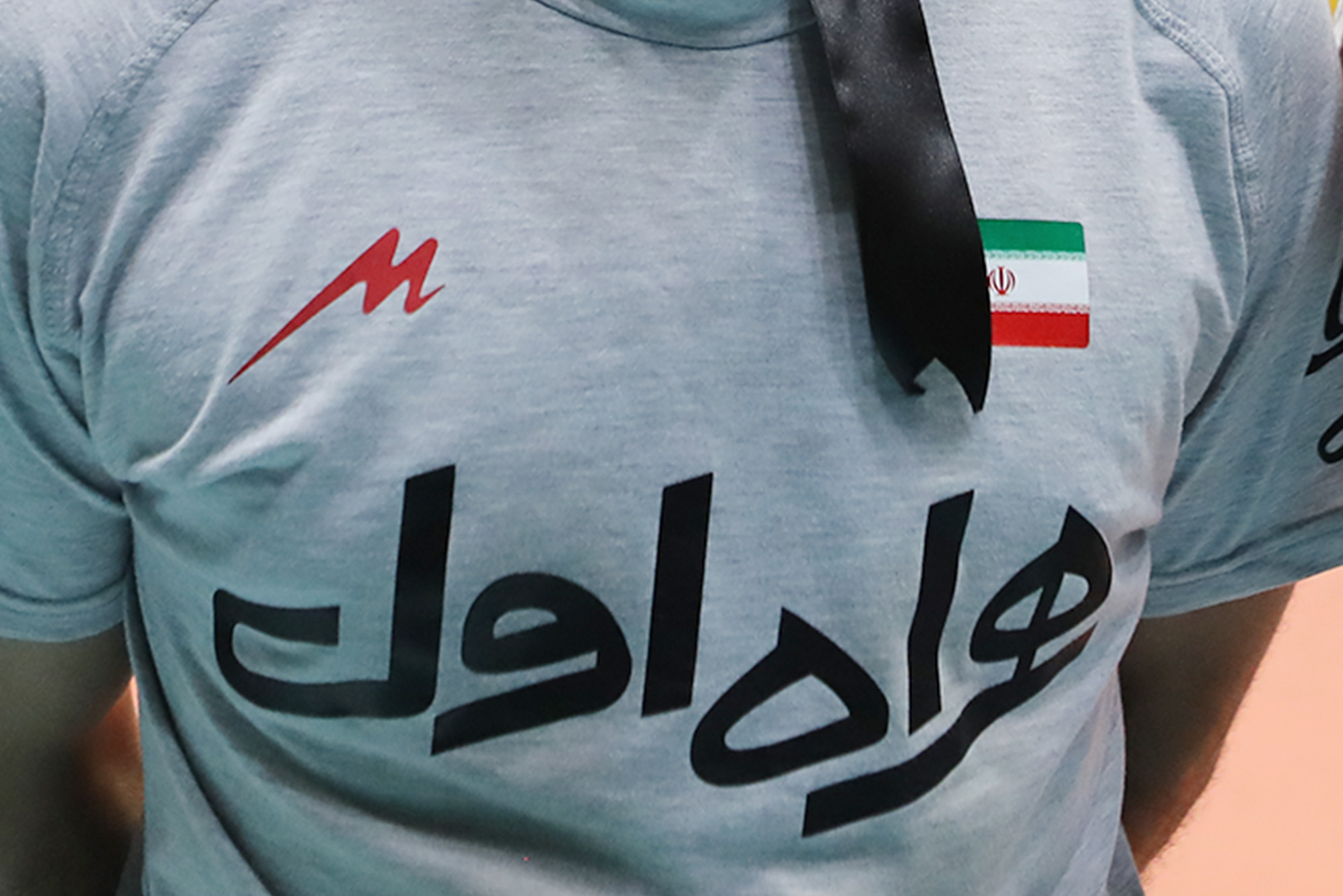 Mohammad Reza Davarzani, President of the Volleyball Federation, said: “The bitter incident that took place in Abadan and hurt the hearts of the people has caused problems for some of our compatriots.” The number of injured and bereaved families has been high. I take this opportunity to offer my condolences to the good people of my country, especially the bereaved families of this incident, on behalf of the great volleyball community of the country, and I hope that God Almighty will have mercy on the dead and give beautiful patience to their families. To be able to endure this tragedy.

Brazil is the proudest team in the League of Nations

A total of 31 World League (28) and League of Nations (three) Brazilian national volleyball team with 10 championships, seven runners-up and four bronze medals and third place, has been on the podium 21 times and is the most honorable title. Has the team.

Italy is in second place with eight medals, three runners-up and four third places in terms of statistics, and Russia is in third place with five gold, five silver and six bronze medals, respectively. In the three rounds of the League of Nations, Russia with two championships and Brazil with one championship had the best performance.

Iranian volleyball won the quota to participate in the World League for the first time in 2013 and has participated in these competitions and the League of Nations since then. The best performance of the Iranian national volleyball team in eight rounds of participation in these competitions was recorded in 2014, which reached the final stage from the group stage and reached the semifinals from this stage, and finally became the fourth tournament to lead the Iranian national volleyball team. Kvach was in charge. 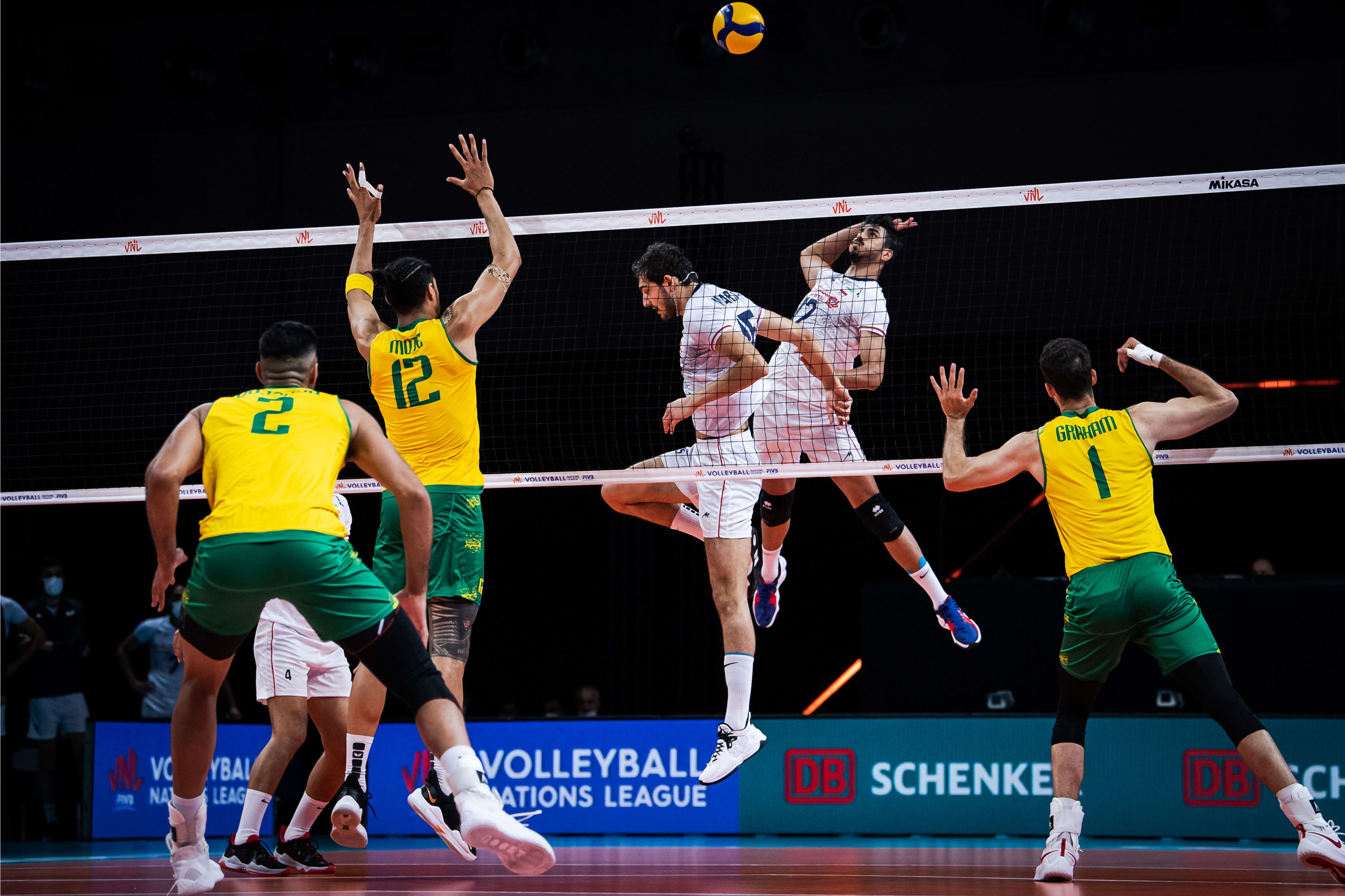 The national volleyball team of Iran, which has the experience of participating in five seasons of the World League and three seasons of the League of Nations, will participate in 2022 and in its ninth appearance for the first time with the Iranian head coach (Behrouz Ataei). The Iranian national volleyball team, which has experience of participating in the previous three rounds of this competition with Igor Kolakovi ((2018 and 2019) and Vladimir Alkeno (2021), respectively, will participate in 2022 with the Iranian coach (Behrouz Ataei) to lead for the first time. Iranian men volleyball in these competitions to be led by an Iranian coach.

Schedule of 12 matches of the Iranian national volleyball team in the group stage in Tehran time:

The results of the group stage matches will be calculated in a table, and at the end of the preliminary stage, the top seven teams in the table, plus Italy (host), will advance to the final stage to compete for the first to eighth place.

The final matches of the 2022 League of Nations will be followed from July 29 to August 2 in Bologna, Italy.

All car parts in Iran are Chinese 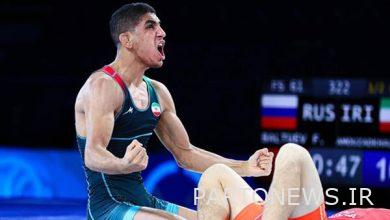 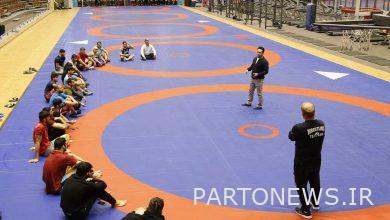 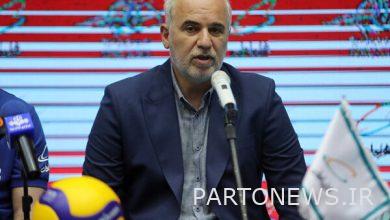 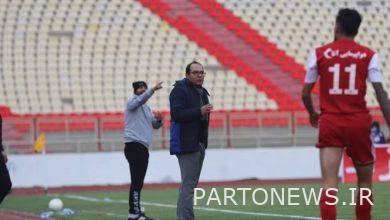