The historical city of Khansar is located in the heart of the Great Zagros Mountains and in the northwestern axis of Isfahan province. Meanwhile, the beautiful and historical garden city of Khansar is located in a pleasant valley and in the foothills of the Zagros Mountains. According to paleontologists and historians, the cultural and civilizational life of the ancestors in this beautiful valley dates back to more than 3,000 years ago, so in this historical valley during this long period of great civilization was formed, which caused during different periods, especially in During the Islamic era, Khansar became one of the most important points for the development of Islamic civilization in the west of Isfahan province.

In this city, in addition to customs and historical, natural and cultural monuments and attractions, the skill of cooking a variety of local food is also spoken and can be one of the main attractions of this city, the etiquette of cooking and cooking its special foods, so in this article to introduce We will discuss the cooking skills of “Khansari patel pilaf”, which is also registered in the list of national spiritual works.

If you have gone to local or national exhibitions on the subject of the old rituals and traditions of Isfahan, surely one of the foods that fascinated you was Khansari pilaf, of course, this food is cooked in other ways in other parts of our beloved country of Iran, but pilaf Khansari, which is made from processed wheat and has been used by the people of the region since ancient times, has a different taste and aroma.

As everyone knows, wheat has long been a major element in the diet of Iranians and the people of Khansar. Planting and harvesting wheat in the city of Khansar, like other parts of Iran, has its customs and requires special tools that our ancestors Other initiatives and innovations in the face of adversity also included special tools for planting, holding, and harvesting wheat.

After harvesting and storing wheat, the people of the region turned some of it into pots. As in the wheat warehouses, the separated wheat was always kept in a separate compartment for the patel pilaf. To cook patel pilaf, wheat was first beaten to remove its skin, then baked in milk to soften it. Of course, this softening requires cooking experience that is softening the wheat using milk, because the resulting wheat should not be too hard and not too soft.

After softening the wheat, it was exposed to sunlight on the roof to dry completely. The dried wheat was then pounded in a mortar or chopped by hand to cut in half. This crushing also requires a lot of experience and patience, because the size of wheat should be the size of half a wheat, and if a grain of wheat is more than two and a half, the quality of food will be reduced.

The product obtained after crushing was called patella, which is more resistant to mold and moisture. For this reason, and given the refrigeration equipment that was so rudimentary in the past and often unavailable, the petals could be easily stored for months.

During the cooking of pilaf patel, the patel is mixed with lentils, walnuts and onions, and then turmeric, animal oil and salt were added and cooked.

After cooking, the final product is brown and it is better to taste it with onion and raisins, which leaves an excellent and unforgettable taste in the human mind.

Today, man, who is more involved in problems and technology than ever before, has deprived himself of the beauties of the world around him, one of which is eating local food without adding any chemicals and is completely natural, and the Khansari patel is one of them. Are foods that can replace substandard foods today.

The skill of cooking this food has been registered in the list of spiritual works of Iran by the efforts of the Department of Heritage, Culture, Tourism and Handicrafts of Khansar city and the company of loved ones who were skilled in cooking this food. 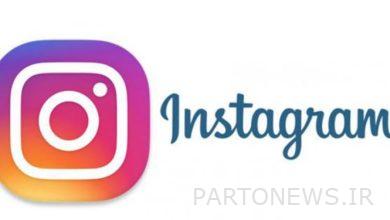 Colonization of Instagram platform this time against the late “Nader Talebzadeh” 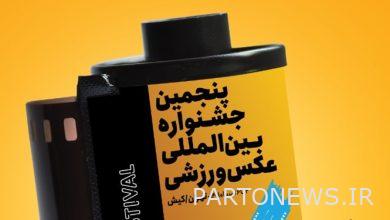 Survival of probabilities under solar radiation