According to Tejarat News, while September this year, in terms of spot developments in the market RentThe lowest rate of rent growth was observed in one month compared to the same month of the previous year, but the behavior of the rental market in October was different from September in terms of monthly price changes.

According to Ferraro, in September this year, the spot inflation of house rents in Tehran (the average growth of rents in September 1401 compared to September 1400) was about 41%. This rate was the lowest rate of point growth of rent since the beginning of the year. In October, the same rate of point growth, that is, a 41% increase in rent compared to October 1400, has been repeated; But the monthly trend of rent changes tells a different story.

At the beginning of November this year, Iran’s Statistics Center published a sobering statistic of the monthly housing rent inflation in the country in a report on the state of general inflation. In a situation where the average monthly changes in housing rents were around 2-3%, in the November report, the highest growth in rents compared to the previous months was recorded. In this report, the monthly inflation of the rent price index in the country in October this year has been announced as 6%. This sign indicated the occurrence of a different inflation event in the autumn housing rental market.

The wait to become a housewife reached more than 74 years

In this regard, Masoud Daneshmand, an expert on economic issues, pointed out that the increase in inflation in the rental sector has a big reason, saying: “During the last few years, with the unbridled increase in housing prices, buying a house has become a dream for many people. Therefore, we are witnessing an explosion of demand in the rental sector. This issue has increased the rent in the market due to the imbalance between supply and demand in the market.

Also, Ahmedreza Sarhadhi, an expert on the housing market, pointing out that the supply and demand in the rental market are not equal in any way, said: “Given the situation in the housing market, based on which the prices have skyrocketed, the wait for homeownership “Young couples have increased to more than 74 years old in Tehran due to the level of wages.”

He added: “Of course, in such a situation, if the amount of mortgage loans increases to one billion tomans, this issue will not affect the increase in the ability of the people to buy a house, because that loan must also be repaid in the end, which is not possible considering the current wages. People will not have it. Therefore, this purchase need of different strata is transferred to the rental market, and as mentioned, due to the imbalance of supply and demand in the rental market, we are witnessing an increase in prices in the rental sector.”

Also, pointing out that currently the demand in the rental market is much higher than the supply, he said: “Given that the government is not doing anything to build housing, there is a lot of demand behind the market, which results in an increase in inflation in the rental sector. In recent months, this inflation has surpassed all other inflations in different markets. As long as supply and demand in the rental market are not balanced, we cannot expect the market situation to move towards equilibrium.

The gift of construction was given to him

In addition to the discussion of the unbalanced supply and demand in the housing market, the decrease in investment in the housing construction market is another reason for the increase in rent. Bazaar Daman Meizand said: “Given that housing prices in Tehran have faced unprecedented recessions in the past few years and have somehow experienced such a price increase, this issue has affected the construction situation in two ways.”

He continued: “On the one hand, due to the increase in prices, the purchasing power of a large part of the society has decreased, which has deepened the stagnation in the market, on the other hand, with the increase in the price of construction materials, labor wages, etc., the total cost The housing sector was accompanied by a lot of growth, which caused many builders to no longer be able to provide capital for construction.

خبر پیشنهادی:   Nation insurance is on the way to prosperity

Mehdi Sultan Mohammadi, an expert on the housing market, emphasized that there are several reasons for the decrease in housing construction in the country, saying: “Given the uncertainty in the investment sector, especially in the housing industry, investors have little desire to participate in this field. they don’t have, the first effect of this issue is the reduction in the amount of constructions by the private sector, on the other hand, due to the dramatic increase in the production cost of the housing sector, this is another reason that causes the investment in the housing sector to decrease.”

He added: “The problems that exist in the business environment of the country have also become more and more because if anyone intends to build, due to the administrative paperwork to obtain various permits and also the long and tiring process of this issue, in a way “Attai has given the work to his meeting and will not do any more construction, so the obstacles in the business environment of the country must be removed, otherwise, much less investments will be made in the housing sector or other sectors.”

This housing market expert added: “The costs involved in the construction of housing have also faced a huge increase in recent times, the multiple growth of the price of construction materials such as cement, rebar, iron, etc., an increase of more than 50% in labor costs, The increase in the price of land and… has caused the cost in this sector to increase and some mass builders are also unable to finance mass construction projects. 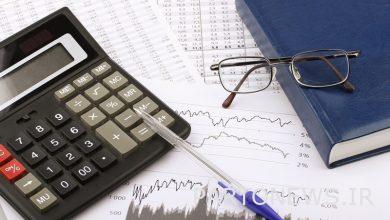 Approval of the new tax exemption / what are its details?

With 23 million tomans, you can buy a motorcycle + table 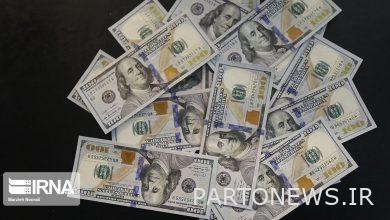