One of the companies active in the field of bitcoin mining, which has a close relationship with Intel, has published some of the technical specifications of the second generation of the miner in this series. The company claims that Intel’s new miner, which is scheduled to be launched in late 2022, will be the world’s best miner in terms of productivity after Bitmain’s “S19” series. However, the first generation of this miner has not been released yet.

To Report Quindsk, the Griid Infrastructure Institute, which works closely with Intel and has signed hardware contracts with the company, says the second generation of Intel miners, known as the Bonanza Miner 2, is the second largest market. The comment will be on productivity.

The maximum power of this new miner will be 135 tremors per second and its electrical efficiency will be 26 joules per tremor. As a result, this miner is more efficient than the latest Bitcoin model called “Antminer S19 Pro + Hyd”. The power of the latest Ant-Miner model is 198 torque per second and its output is 27.5 joules per torque. In addition, the second-generation Intel miners are more efficient than MicroBT’s Whatsminer M30S ++ miner, with 112 reductions per second and 31 joules of electrical efficiency.

However, Bitmin’s “Antminer S19j XP” miner is still the best miner on the market. The power and electrical efficiency of this miner are 140 accelerations per second and 21.5 joules per acceleration, respectively. It is worth noting that energy efficiency is very important for bitcoin miners; Because energy is one of their biggest operating costs.

It is unknown at this time what he will do after leaving the post. Grid’s supply agreement with Intel also includes material design. This shows that both Intel customers and the company itself can design custom mining rigs using these special chips.

Jack Dorsey, CEO of Block, formerly known as Square, is a customer of Intel chips. According to Dorsey, his company plans to design an open source mining system based on “customized” silicon.

Grid has announced that the price of the new Intel Miner will be half that of the Antminer S19 Pro and its productivity will be 15% higher than this BitMin model. As a result, the gross profit of miners who use the second-generation Intel model instead of this model will increase by 130%.

Grid Company has not introduced this miner as an Intel proprietary miner. Published agreements between the two companies and Intel’s own announcements indicate that the two companies have worked together to build the miner.

Intel released details of the first generation of its miner chips at a conference in early February. However, the second generation of the miner is scheduled to be delivered to Grid, Argo Blockchain and Block later this year.

It is worth noting that Intel’s entry into the mining industry could break the monopoly in the industry from the current manufacturers.

Also read: Review of Intel New Miner Technical Specifications; Will Bonanza be the least consumed miner in the world? 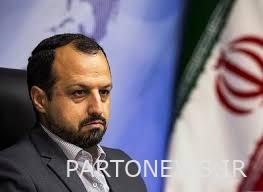 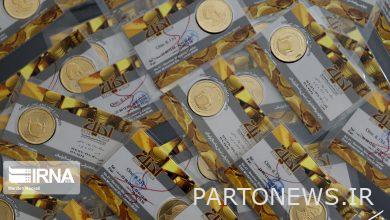 Fluctuation of coin prices in the channel of 12 million Tomans