Iran is a vast land with countless tourist attractions that can take hours to see each of them. Although in the corners of this ancient land, there are many tourist attractions that are able to attract many tourists, but In practice, in the past decades, we have witnessed that the lucrative and profitable tourism industry has grown in only some areas of the country, such as the central and northern provinces of the country, in the form of an axis, and other areas have been left out of this caravan.

Although experts in this field cite various reasons for the lack of tourism in other areas such as the west of the country, but what is important now is the need to move other areas such as western provinces to the tourism industry, which significantly It is growing in the world and different countries are pocketing huge incomes from it.

Four seasons and pristine nature, ups and downs history, magnificent ancient monuments and buildings, mysterious caves, natural wonders, high mountains, waterfalls and roaring rivers, deep and amazing valleys, unique landscapes and most importantly people Warm with rich cultures, religions, languages ​​and customs, from the west of Iran, it has created an earthly paradise and a rainbow of culture and civilization that can become an astonishing destination for any tourist.

But these are all dormant treasures that have not been taken from them as they should be, and have deprived Kermanshah, Ilam, Hamedan, Lorestan and Kurdistan of the wealth that other cities in the world can easily obtain. 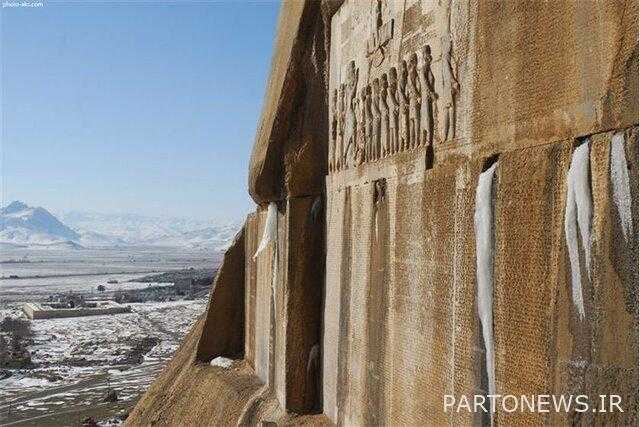 In Hegmataneh, Iran, the first capital of the Medes, there is a lot of talk in the field of tourist attractions. Are that attract many tourists every year.

In Lorestan; The natural capital of Iran with its celestial fortress, brick minaret, Kew Lake, Bisheh waterfall, Shojauddin Khorshid tomb, stone whirlpool, Shears valley and 3 worlds of wonders are in its heart.

And in Ilam, a province where attractions such as Gchan waterfall, Elamian capital, Qalaqiran mountain, Siab Darposh wetland, Seymareh river, Golgol, Tang Kafrin, Shashdar forest area and…. It is a dream place for tourists with different tastes. 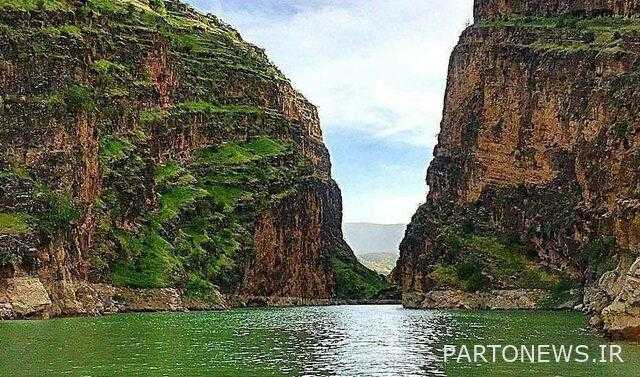 These provinces, with all the many sights they have, have not been able to attract tourists as they should. Perhaps one of the main reasons why this has not happened so far is the existence of classical tourism hubs that have been formed in Iran for decades and people travel to them in a traditional way. Instead of being “me”, they have found a way to form a tourism axis by becoming “us” and make a contribution to attracting tourists to Iran.

And now, after a few years, in recent days, the tourism authorities of these provinces gathered again in Kermanshah to try and plan again to become the center of tourism in the west of the country. 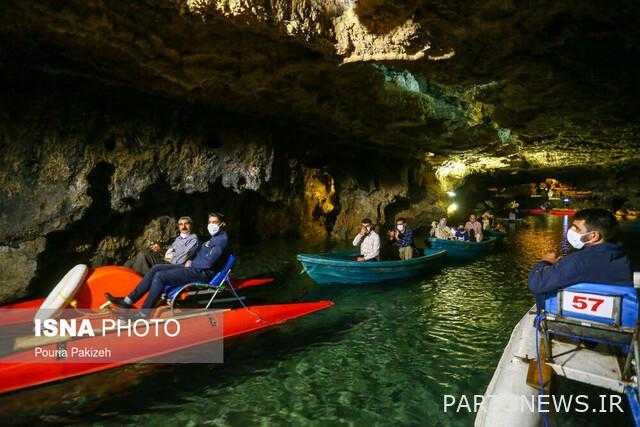 What potentials does western Iran have that can make it a competitor to the old traditional axes of tourism and what should be done to achieve this goal, are the questions that the Deputy Minister of Tourism of Kermanshah province tells ISNA in response to them: Western region The country has the potential to become an important part of Iran’s tourism, but for this we need to have plans, and recently we held a conference on tourism in the west of the country hosted by Kermanshah.

Ali Saber continues: In the plan we have to turn the west of the country into a tourism axis, five provinces of Kermanshah, Kurdistan, Ilam, Hamedan and Lorestan are the main provinces in this axis and the provinces of West Azerbaijan, East Azerbaijan, Ardabil, Qazvin, Zanjan , Markazi, Chaharmahal and Bakhtiari, Kohkiluyeh, Boyer-Ahmad and Khuzestan will also be our partner provinces.

He points to the high potential of tourism in the west of the country with a population of about eight million people and says: in terms of communication infrastructure, there are international airports, roads and highways and connection to the national railway network in these provinces. On the other hand, these provinces are located in the transportation route and transit axis of the northwest to the southwest of the country and have 13 border terminals, which has a very high capacity. 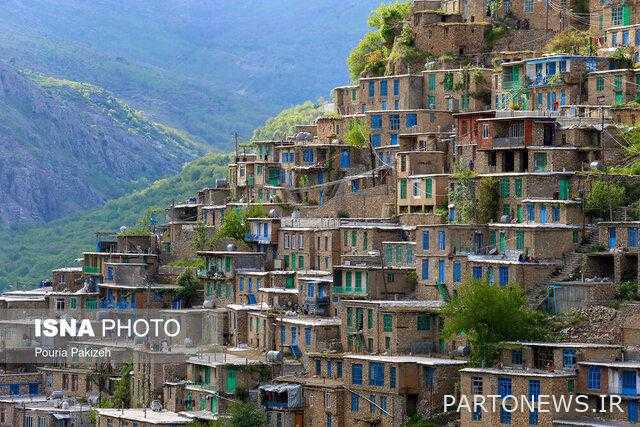 Cultural, ethnic, linguistic and religious diversity is another potential of tourism in the west of the country, which the provincial deputy for tourism adds after referring to them: If we want to consider the historical monuments of Hamyar provinces, there are about eleven world-registered monuments in these provinces. In addition, the case of Iranian caravanserais for world registration is currently on the agenda of the Ministry of Cultural Heritage, some of which are located in these provinces.

The official also referred to the capacities of these provinces in the field of religious tourism, considering that they are located in the path of holy shrines, holy defense tourism, health tourism and diversity of handicrafts in these provinces, and said: “All these possibilities make this possible.” Gives us to be able to hold various national and international events and festivals in the west of the country. Therefore, in order to see these capabilities, we are looking to create a tourism axis, which we started the first step by holding the Kermanshah conference. Of course, we plan to define different tourist routes in these provinces so that we can gradually become an alternative to traditional routes. 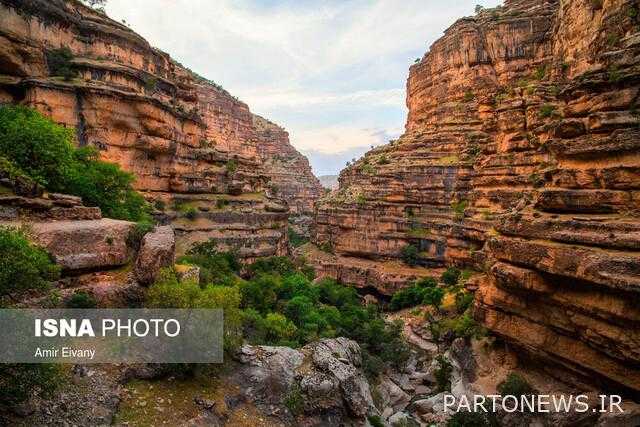 The Deputy Minister of Tourism of Kermanshah Province considers the transformation of the west of the country into one of the important tourism hubs of Iran as an important targeted achievement for creating a tourism axis in this region and says: To achieve this goal, we are forming five committees. Assigned from the western provinces of the country. After the commencement of the work of these committees, we will examine all the proposals and issues raised in the first conference separately in each relevant committee in order to implement them with the cooperation of the private sector. Therefore, the first conference was just a policy meeting, and to be able to draft a tourism document for the west of the country, to identify the strengths and weaknesses of tourism in this region, and to work on them.

He considers propaganda as an important pillar for turning the west of the country into a tourism hub and reminds: As the governor of Kermanshah stated in the recent meeting, the western provinces of the country should start from themselves and each of them should promote the tourist attractions of their neighboring province. In order to have a tourist turnover in these provinces at least at the beginning.

Strong winds in the capital 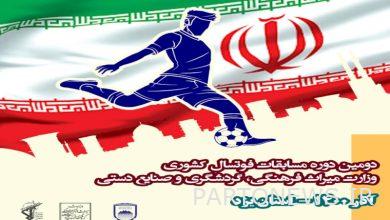 The beginning of the second national futsal tournament for the employees of the Ministry of Heritage, Culture, Tourism and Handicrafts 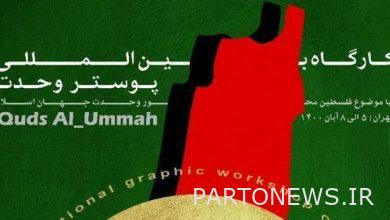 The second poster workshop on Palestine 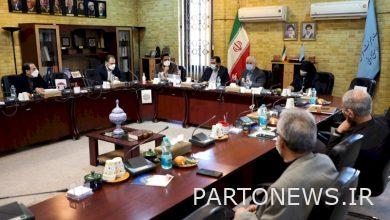