According to Fars News Agency, “Majra” is the title of one of Saba Radio’s documentary programs, which deals with subjects in the life and works of celebrities and namesakes.

This week, on the eve of the anniversary of the martyrdom of Sardar Haj Qassem Soleimani, this program will be aired on Saba with stories from the life of this great man.

Qassem Soleimani, former commander of the Quds Force of the Islamic Revolutionary Guard Corps in Iran, who was martyred by US forces in Baghdad on January 4, 2017, along with Abu Mahdi al-Mohandes, the Iraqi deputy for popular mobilization.

In the Iran-Iraq war, he was the commander of the 41st Sarollah Division in Kerman and one of the commanders of Valfajr 8, Karbala 4 and Karbala 5 operations. Soleimani was appointed commander of the IRGC’s Quds Force by Ayatollah Khamenei, the Supreme Leader of the Islamic Republic of Iran, in 1997, which is the overseas unit of the IRGC in Iran. After the emergence of ISIS in Iraq and Syria, Soleimani fought against ISIS by participating in these areas and organizing popular forces.

Ensieh Shamsollahi, the producer and writer of this program, said about “Soleimani’s story”: The documentary of the story will be aired on the occasion of Resistance Week and on the eve of the martyrdom of Sardar Delha, entitled “Soleimani’s story”. Every name has an adventure, but Sardar Soleimani has adventures. This documentary tells the audience in three parts, part of the adventures of his life.

He added: “On Saturday, January 2, this program will explore the story of deleting posts containing content related to Sardar Shahid Haj Qasem Soleimani from Instagram.”

Following the martyrdom of Sardar Haj Qassem Soleimani, Commander of the Quds Force of the Islamic Revolutionary Guard Corps, cyberspace witnessed the publication of many content in response to this news. In a way, Sardar Soleimani’s hashtag became the first trend of the Persian-language social network Twitter, and many users on the social network Instagram reacted to the news of the martyrdom of Haj Qassem Soleimani.

Meanwhile, after increasing the number of posts by Iranian users on the network, which included many celebrities, officials and artists, the social network Instagram removed the posts attributed to the news of the martyrdom of Haj Qassem Soleimani in a biased move.

On Monday, the most popular computer games inspired by the struggles of Martyr Sardar Haj Qassem Soleimani will be introduced to the audience, and in this program, we will interview the head of the National Foundation for Computer Games.

خبر پیشنهادی:   The Deputy Minister of Handicrafts condoled the death of the veteran weaving artist 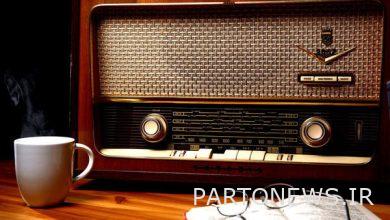 The story of the collapse in “Separation / Romeo / Juliet” 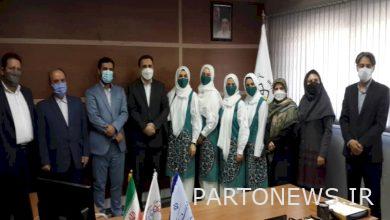