According to Fars News Agency, the schedule of programs of this network will be with the audience with the arrival of winter with the addition of new programs and changes in the duration and time of programs.

Hamidreza Eftekhari, the director of this radio network, said about the changes in the broadcast schedule of this network: “Since Saba radio network is a popular network with happy and entertaining programs, in order to prevent duplication of programs, it is necessary to change the program schedule and change programs.” Becomes.

Regarding the evaluation of network programs, Eftekhari said: “This evaluation is done periodically by experts with experience and expertise in programming, and the evaluation results are presented in the plan and program council. Programs that do not obtain minimum scores are removed from the broadcast schedule.” And programs that can be modified with counseling are modified, and at the end of each season, the top programs are praised to continue their activities with more motivation.

The director of Saba Radio Network introduced and explained about the programs of “Ney Lebak, Pardagar, Segger, Rooz Khoob and Winter Office” as the new programs of this network in winter.

“Ney Lebek” is a central music program that replaces the morning wake-up program. This program focuses on local music in a happy and energetic atmosphere every morning at 6:15 on the Saba antenna.

“Prelude” is another title of a central music program that is produced and broadcast as a documentary. This program is performed by Alireza Saeedi, a music reporter who has researched the enduring music of movies and TV shows.

“Prelude” is a documentary on how to form a subtitle from composing melodies, poems, songs to welcoming the audience of these works. This program will be with the listeners on Thursdays and Fridays at 15:30.

“Searcher” is a program in the field of applied knowledge, which provides the audience with the necessary scientific information in everyday life or explains the daily experiences to the listeners with a scientific perspective. The program will be aired on Saba Antenna on Thursdays and Fridays at 2:00 PM. The program also refers to the ways in which these media try to attract audiences and lie.

خبر پیشنهادی:   The strongest passport in the world and Iran's ranking in 2022

“Winter Office” replaces the Autumn Office program, which uses a winter approach to review the poems and texts of contemporary poets in the sweet tone of Amir Hossein Modarres. This program is presented to the audience every day from Saturday to Wednesday at 1:00 PM.

The director of Saba Radio further explained that a number of programs have also changed during the broadcast and approach, then introduced Hudhud Saba as the most significant program of this group and continued, “Hudhud Saba” is a program that changes the approach and broadcast time of each It will be broadcast on Saba Radio from Saturday to Wednesday at 2:00 PM. In addition to reflecting the news and events of Radio Saba’s site in a new approach, this program also informs the audience about cultural news in the field of cinema and theater.

He added: “Asr Saba” program is also one of the programs that goes to Saba antenna in 45 minutes by changing the form and factors.

“Tarinha” and “Hampai Saba” programs are programs that need to increase the broadcast time due to the audience’s reception and the capacity of the program, which are included in the network’s winter program schedule with a 30-minute increase.

The director of Saba Radio said about the role of the audience in the evaluation results of network programs: “The audience has a very special role. It is the audience’s feedback that determines the need for quality evaluation of the program.” The programs are reviewed and considered.

He added: The audience’s success in a program is measured according to the amount of text messages in interactive programs, the results announced through the 162 system and the amount of referring to the Iran Seda application at the time of broadcasting the program.

The director of Saba Radio introduced the programs “Shahr Farang, Sobh Saba and Sabahang” as the most popular programs of this network, respectively, and said: “According to the results announced through the 162 system, these programs receive the least criticism and the most thanks from The side of the listeners.

About the joint programs with radio centers in other provinces, Eftekhari said: “Iran Competition” is the title of an interactive program with provincial centers, which, along with “Iranian Smile”, presents one of the competitions of these centers every day.

“Khandanak” is another title of interactive programs with provincial centers, which is broadcast every night at 10:30 AM in cooperation with Qazvin Center, and “Safa Bazaar” is a work from the center of Abadan, which is broadcast and repeated on Fridays at 8:00 AM on this network. It will be presented to the audience at 9 p.m.

In the end, the director of Saba Radio said about the festival under the smile’s umbrella: “This festival is experiencing its second period, which in the first period was dedicated to radio productions, and in this period it has become a festival of popular comedy productions.” Also in this period, a section has been considered for professional productions.

He added that those interested can send their works on the Saba Radio website through the Hudhud system until January 16th. Due to the fact that we have been receiving works since December 16th, we have been well received by the audience.

Eftekhari added: “We hope that new talents will be discovered from the works that reach the network.” After training, these talents can be added to the network and radio capacities. The media as a living being has always needed new ideas, ideas and presenters. In fact, this festival is a platform for finding talent in the field of humor and entertainment.
The closing of the festival will be held on March 30, on the occasion of the anniversary of the resurrection of the Holy Prophet (PBUH) and the winners of this festival will be announced.

He explained about the judging of the festival works, the judging will be done in two sections, popular and professional. The jury has not been finalized yet, but the agents of Radio Saba as the reference network of satire and gathering place of Iranian satirists are present in the jury in the popular section of the festival.
Listen to Saba Radio on the 105.5 MHz FM band. 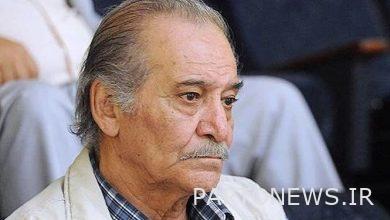 “Siamak Atlasi”, a doubler and actor, died due to Corona 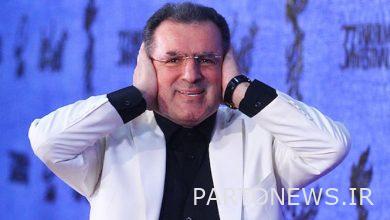