Reza Tavassoli, in an interview with ISNA, referred to the “extrajudicial request of a filmmaker group to attend this museum house with the aim of making a feature film about Simin Daneshvar and Jalal Al-Ahmad and the conspiracies against this series, after opposing their presence.” He described the story as follows: A group of filmmakers from the Radio and Television, who wanted to make a story film about Simin and Jalal, came to this series and asked him to make his film inside the house. It was emphasized that according to the existing rules and regulations, this action was prohibited; Because it will close the museum and cause damage, so we opposed their presence inside the house.

He reminded: In 2017, the Cultural Heritage and Tourism Organization has set criteria according to which the production of feature and film films in historical collections and museums is prohibited. We also cited this rule.

Tavassoli continued: “After our opposition, that group of filmmakers tried to facilitate the way from other sources.” They referred to the cultural and social deputy of Tehran municipality, who fortunately, with the wisdom of this deputy, wrote in a letter addressed to the Simin and Jalal Museum House that “action should be taken according to the rules.” Although this film crew first told us that the cultural and social deputy of Tehran Municipality had agreed to place them in the house of the Simin and Jalal Museum, but after following up, we realized that the letter emphasized “to act according to the rules.” According to the existing rules, we did not allow this film crew to use the interior of the house.

He said: “It is not good at all when other actions are illegal and there are rules for it, to use other ways and resources to circumvent the rules.

Tavassoli added: “The film crew then insisted on using the terrace of the house because of its nostalgia for filming a sequence in the film, which we agreed to because the terrace was located outside the house and was not damaged.” After the film crew was established, they made other requests, such as using the kitchen to shoot a sequence of Simin pouring tea, or bringing a car belonging to Jalal al-Ahmad into the yard, as well as other requests, which we will continue to work on. We objected. The agents of the group said how to film from the terrace and the yard, but there was no view from inside the house. We suggested that they rent the location elsewhere and simulate it, but they said that they would have to pay 200 to 300 million tomans for this, while they did not pay any fees to use the house, the Simin and Jalal Museum. We also have rules to protect this house-museum and we insist on staying committed to it.

He added: “When we did not allow the filmmaking group to enter the museum house, their espionage started and they made a film with this content that” they do not allow Simin and Jalal to their house “. “The law is to be broken,” some elements said in the face of our opposition. Or, for example, they said that in several countries they have a history of filming museums and nowhere did they have such restrictions. We do not know the regulations of those countries and their museums, but here we have certain rules and regulations regarding photography and videography in museums that we must abide by.

Ahmad Mohit Tabatabai, Chairman of ICOM Iran (National Committee of Museums), who had previously protested against the presence of a large number of film crews outside the rules and regulations and considered this action strictly prohibited and unnecessary, told the Simin and Jalal Museum ISNA said: “This complex is a museum house, which happens to be one of the best museum houses in Iran. Everything in this house has been preserved and placed in its place, so the presence of many visitors or film crews is very damaging.” . Now some people are speculating or making excuses that “film crews are also stationed in Golestan and Saadabad palaces and this is the house of Simin and Jalal”, which is not a correct statement at all. The value of a book in Simin and Jalal’s house is not less than the smallest objects in Saadabad and Golestan palaces.

He considered the production of feature films in museums and historical collections to be against the rules and specified: According to the general procedure of the International ICOM (Committee of Museums) as well as the regulations prepared in 2003 in Iran, the criteria for photography and filming in museums and historical collections are clear. Although these criteria were taken into account during the period, they still exist and can be cited, and in order to protect this building, one must commit to it. Therefore, what has been said about the house of the Simin and Jalal Museum is just an espionage that is by no means an approved and correct action; Because in the first stage, the presence of these groups violates the right of the people to visit this historical complex and it will not be without damaging the building.

The Simin & Jalal Museum House was the personal home of the author couple, built by Jalal Al-Ahmad while his wife Simin was studying aesthetics at Stanford University. It is narrated that Jalal Al-Ahmad built this house with a total budget of 5,000 Tomans, of which he had also borrowed 3,000 Tomans. Jalal is said to have been directly involved in building the house. In letters to his wife, he described the pain in his hands during the stoning and the injuries to his body. The decoration of this house is still the same as when the original owners lived in it.

Simin and Jalal House was registered in the list of national monuments of Iran in 2004 and Tehran Municipality bought this house with the intention of turning it into a museum in 2014. At present, all the works of the two authors, as well as their personal documents, are kept in this house, and the presence of film crews and even a large number of visitors will challenge the protection of these works.

Production and production of cinematic and feature films in historical possibility is prohibited according to the rules of 1393. This happened after the production of the series “The King’s Riddle” caused damage to Golestan Palace.

Mohammad Valizadegan went in front of the “old boy” camera 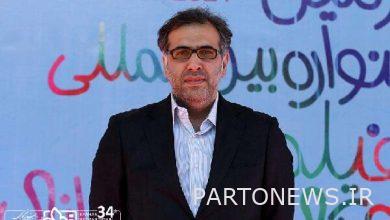 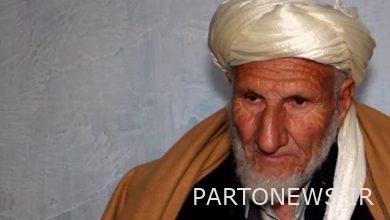