According to IRNA from the official Syrian news agency (SANA), “Bassam Sabbagh” emphasized that the creation of a zone free of nuclear weapons and other weapons of mass destruction in the Middle East requires the Zionist regime to join the process of non-proliferation of nuclear weapons.

He added: the protection umbrella provided by Western countries, led by the United States, to the Zionist regime, has led to the Israeli regime possessing weapons of mass destruction and developing them, and from placing its nuclear facilities, which are the main source of threats to peace and security. is in the region, refuse to be under international supervision.

The Permanent Representative of Syria to the United Nations added: Our conference is after the 10th Conference of the Treaty on the Non-Proliferation of Nuclear Weapons, in which we failed to take practical steps to ensure the effective implementation of the Middle East Resolution of 1995.

Sabbagh noted: The failure of the 10th conference on the proposal of the treaty for the prohibition of the proliferation of weapons of mass destruction in approving its final document should be an incentive to move forward in the collective efforts to implement the 1995 Middle East resolution, which three countries (America, England and Russia) are fully responsible for its implementation. are in charge of

He also said that the resolution of the General Assembly No. (546-73) is a step to get out of the impasse that the implementation of the Middle East resolution has been facing since its adoption.

The Permanent Representative of Syria to the United Nations explained that Syria supports the resolution of the General Assembly as a parallel path to the implementation of the Middle East resolution and not a substitute for it.

In the end, Sabbagh said that since the adoption of this resolution, Syria has cooperated with the regional countries participating in the conference in order to realize its common goal of creating a zone free of weapons of mass destruction.

Supply of 1000 Peugeot 207 units in the commodity exchange - Tejaratnews 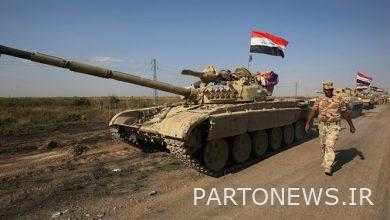 Iraq seeks to buy advanced drones and artillery from France China: US to immediately stop provocative actions in Taiwan pervasive wave of temperature increase; Weather warning for a third of the US population 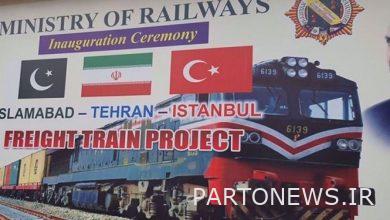