On 13 June, news broke in cyberspace that the government intended to collect a 10% tax on individuals’ bank deposits, which was denied by the public relations of the Ministry of Economic Affairs and Finance a day later.

The country’s tax affairs organization also announced in a statement: The source of rumors about the tax on interest on deposits of natural persons is one of the proposed provisions in the draft bill called “total income tax”, which is currently in the early stages of expertise. Opposes this proposal.

Pursuant to paragraph one of a note on the “Total Income Tax” bill, all or most of a person’s income base during a year, after deducting exemptions and acceptable expenses, is subject to an incremental tax on total income to which the deposit interest and dividends are subject to this type of tax. they will be.

Mr. Ali Nezafatian, Secretary of the Legal Commission of Banks and Private Credit Institutions, said: “Taxation of bank deposits of natural persons will cause the withdrawal of resources from banks and reduce the payment of facilities; Because people invest in markets that are tax-exempt, such as gold, coins, and currencies.

According to him, the approval of this plan will push inflation to other markets, will create undesirable economic consequences, and will ultimately intensify the growth of inflation and liquidity in the country.

Mr. Yousef Kavousi, an expert on banking issues, said: “The interest that now belongs to micro-bank deposits does not cover even half of inflation.” One of the main reasons for inflation and the creation of liquidity is that Iran has not changed the interest rate on its deposits over the past five years, while many other countries use this tool to curb inflation.

خبر پیشنهادی:   Can Barjam negotiations change the course of the stock market?

According to the latest report of the Statistics Center of Iran, the point-to-point inflation rate reached 39.3% in May, which shows that it has moved away from its 34.7% floor in March last year and has had an increasing trend.

Mr. Jafar Ghaderi, a member of the Program and Budget Commission of the Islamic Consultative Assembly, said: The new tax plan, which was also approved in Budget Law 1401, is related to legal entities; Because, many companies and legal collections, deposit their resources and do not invest in various fields related to production, but to Deposits of real persons No tax will be levied.

According to him, the inclusion of bank deposits of individuals and law firms can lead to lower inflation and liquidity; In a way, these investments will go to employment and income, and will eventually lead to an increase in production.

According to Note 6 of this year’s budget law, bank deposits of individuals and some Law firms They are taxable, but under the new tax law under Budget Law 1401, bank deposits of some legal entities, such as the National Development Fund and insurance companies, will be tax-exempt because they need to maintain their liquidity to make up for losses.

خبر پیشنهادی:   Another $ 1,000 billion from the National Development Fund / Injection into the stock market became $ 5,000 billion

Also, according to the second paragraph of Article 145 of the Law on Direct Taxes, the interest on bank deposits of natural persons is exempt from tax.

What was the reason for the drop in the stock market index? 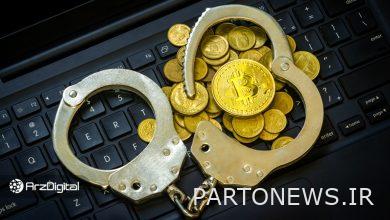 Scrutiny of the use of digital currencies in criminal activities; Statistics do not confirm the rumors