In an interview with a sports reporter of Fars News Agency, Izad Seifollahpour said about the championship of the textile football team in the National Cup competitions: “Once again, I congratulate the fans, the club owner, the staff, the players and all the people who worked hard for the textile.” I dedicate it to the rare soul of Dastnash. Tomorrow our team is going to Mazandaran. We will travel from Sari to Ghaemshahr and finally we will win the National Cup over Mazar. We will return to Tehran immediately. Due to the close proximity of the games, we can not hold a more glorious celebration now. It remains to be seen what happens after the match. Team members are only scheduled to meet with people tomorrow.

“I ask both sides to respect each other,” he said, referring to Arak Aluminum Club claiming to be silent about the events before and after the final match. The CEO and members of the Aluminum staff are our friends and I respect them. It is said that Elhami kicked Mohammad Nawazi, but if someone shows a video or photo that proves that he behaved in such a way, I will accept whatever the opposing team says. Please, friends, do not create tension before the crucial game between the two teams in Arak, so that this match can be held in peace.

“Football is a place for friendship and not a place for hatred and enmity,” said the textile director, noting that the events of the final game do not worry the club about the two teams’ upcoming game in the Premier League. I congratulated every team we lost in these few years, and now I say that these events are not beautiful. I ask Hamid Reza Mehrabi, Mehdi Rahmati and Mohammad Nawazi to calm down the atmosphere so that nothing special happens for the two teams to play in the Premier League. Professional football and the people of Arak are also personal. Mehdi Rahmati and his staff are definitely not looking for tension and conflict. The aluminum club must provide all the conditions for hosting a textile so that no particular problem arises.

خبر پیشنهادی:   Azarbad: We can count the first defeat of Esteghlal / We are trying to get the fourth place

Saifullahpour continued: “Certainly, nothing happens in the hosting of the Aluminum Textile Club, but if something happens, the officials are to blame.” After each game, issues are raised for one to two days, but it should not be encouraged anymore. Aluminum technical staff and management are our brothers and friends. We want to play together again and whoever has the right wins. The losing team must also congratulate the winning team. As the opponent congratulated us on winning the FA Cup final, so it’s our job to thank them. Do not doubt that if we lose to this team in the Premier League, we will congratulate Aluminum. Do not pursue these issues because lighting the flame of conflicts calls football into question.

He continued: We are all brothers together. The scope of football is small and we all get together. We seek to restore calm to both sides by holding a meeting. Mohammad Nawazi, Mehdi Rahmati and Saket Elhami are among the young coaches who have worked hard for our football. We should not burn our capital and football should be at the disposal of these coaches for years. As a footballer, not a textile CEO, I say let everyone connect.

Regarding the latest payment situation to the players of this team, the textile director replied: So far, we have paid 80% of the contracts of the team members. We have done this as a private club. Which Chinese club has done something?

Saifollahpour, regarding whether the home textile games are to be held in Mashhad this season of the Premier League, said: “Due to the unpreparedness of Sari and the homeland of Ghaemshahr, our priority now is to hold our games in Imam Reza (AS) Stadium in Mashhad.” Provided, of course, that friends allow these competitions to be held with spectators. We will hold a meeting on this tomorrow and we will summarize the discussion soon.

خبر پیشنهادی:   The Mbabane and Dutch revolutions in the football industry / alarm bells for clubs 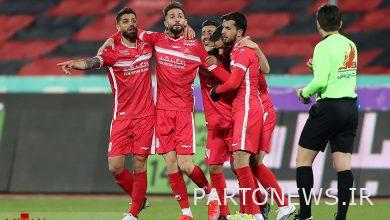 What did the Persepolis players say after the defeat of Aluminum? 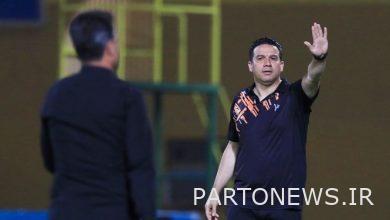 Gol Gohar coach: We are happy that Mansoorian is back; I hope Qala-e-Noyee is added to the team / we do not have one of the best strikers in the league 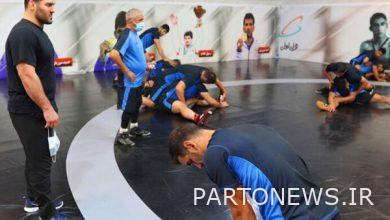 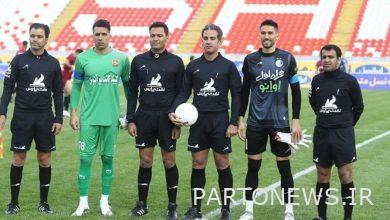 Askari: The dismissal of the player was a useless phenomenon / India’s mistake did not occur in Esteghlal penalty area