According to Fars News Agency, the secretariat of the Ammar People’s Film Festival announced the call for the twelfth edition of this cinematic event in three sections: “The main competition of the festival”, “Our story” and “Call for public screening”.

In the “Main Competition of the Festival” section, the received works are in the form of fiction, documentary, animation, video clip, TV program, our film and screenplay, and in the subjects of “Iranian Dream”, “Critique within Discourse”, “National Memory”, “Economic War”, “Soft War”, “Heroic Nation”, “World Movement of the Oppressed” and “Sedition 88” compete with each other.

The Ammar Festival, which was formed in 2010 at the same time as the first anniversary of the 9th of December epic, tried to be the voice of the censored larynx and the image of the people who do not find a suitable coefficient in the media.

For a decade, popular screeners sought to bring folk art to the most remote villages and even beyond the borders. Now, the secretariat of the festival, together with the people, social and cultural activists and Iranian cinematographers who are thinking of the excellence of popular cinema, announces the beginning of the “Twelfth People’s Ammar Film Festival” in the following sections:

Filmmakers pursue people’s issues in the form of “subjects and adventures that can be turned into films.” The festival secretariat invites the public to submit their subjects to the filmmakers through the festival website and even specifically invites their favorite cinematographers to make a film about a subject.

All works that have an approach in line with the principles of the Islamic Revolution in the main topics and needs of society can participate in the competitive section, but the following topics are suggested as the content priorities of the festival.

1. Modeling the successful experiences of research institutes and knowledge-based companies

2. The role of national media in progress

5. Desirable and civilized patterns of progress in society, economics, politics and science

1. Problem solving approach in criticizing the inefficiency of devices

2. The capacities of the Iranian society to overcome the challenges

3. Challenges of cash flow within the discourse

4. Public monitoring is the best way to fight corruption

5. Transparency is a tool for achieving public oversight

6. The role of conflict of interest in creating inefficiency

7. The role of popular activists in the fight against corruption

8. Energy and water challenge in the country; Roots and solutions

9. The role of cultural organizations (radio, propaganda organization, etc.) in the revolutionary reconstruction of the cultural structure

2. The stream of political aristocracy and the extravagance of the western current in politics, culture and society

3. American crimes in Iran, America and the world

4. The role of colonialism and arrogance in the decline of Islamic societies

5. The role of popular culture in the historical confrontation with colonialism

1. The role of sedition 88 in shaping arrogant sanctions

2. Censorship and distortion of the sedition of 1988 in the global and domestic media

3. The history of the presence of aristocracy in sedition 88

The global movement of the oppressed

1. Passivity of diplomacy in support of the uprisings of the oppressed

2. The role of Haj Qasem Soleimani in the formation of resistance movements in the Islamic world

3. New developments on the world front of the oppressed in West Asia, Africa, Europe, Latin America, the Caucasus and…

4. The developments in Palestine and the inspiration of Quds in the struggles of the Islamic Ummah

6. Afghanistan; From American crimes to post-occupation opportunities and threats

1. Leading elements and centers in minimizing and neutralizing economic sanctions

2. Successful indigenous models in the field of economics

3. Regional and global opportunities in the context of economic warfare

4. The role of structural inefficiency in economic weakness

5. The role of people in the transformation of the economic situation

6. The story of the heroes of the economic war

1. The narration of the popular heroes of the Islamic Revolution and holy defense struggles (front and behind the front)

3. The story of heroes fighting the Corona virus and helpers in floods and earthquakes

4. The story of heroes and athletes in the fight against the Zionist regime

1. Capacity study and review of successful experiences of revolutionary mosques in the contemporary history of Iran

2. Voluntary and spontaneous movements of fire in the cultural, social, political, economic and …

3. Facing the petrified and holy currents with the Islamic Revolution from the beginning of Imam Khomeini’s movement until now

4. The identity of women in the Islamic Revolution and the challenges of the Westernist current with it

This section has been transferred to the Ammar Humanities Festival in the new era and will be published as a detailed call in the coming weeks through the festival website.

In this section, the general public (especially teenagers) can film and compete with subjects of their living environment with any type of camera or mobile phone. To produce a better effect, those interested can use the training booklet prepared for this purpose (download here).

So far, the films of Ammar Festival have been screened in different places such as cinema, mosque, school, university, cultural center, martyr’s house, park, delegation, Basij base, and so on. Also in the case of Corona virus, it is possible to hold virtual mass screenings for cultural centers and activists. For the twelfth time, the festival secretariat invites those who are interested in screening the films of the festival in their related circles and centers to register in the public screening section through the festival website.

1- To participate in the festival, it is necessary to register the work in Fanoos.AmmarFilm.ir and send the original works to the secretariat.

2. Registration works must not have participated in previous periods of the festival.

4- Obtaining approval from the producer to participate in the festival is the responsibility of the registrar.

5. The secretariat of the festival, with its sensitivity to the preservation of works, is free to display them in public in January and February 1400 throughout the country. Also, if the filmmaker agrees in the registration form, the secretariat has the possibility of public screening of the works throughout the year.

7- The specific rules of each part of the festival are placed in full on the first page of the work registration form.

Registration and delivery of the work: from 11 October to 20 November 1400

Central screening of the works of the competition section in the Palestine Cinema of Tehran in person (if the conditions are available due to the Corona epidemic) and online screening of selected works in virtual screening platforms: December 1400

Popular screenings of selected films (in all cities and villages of the country, virtually or in person): from December 1400 to autumn 1401 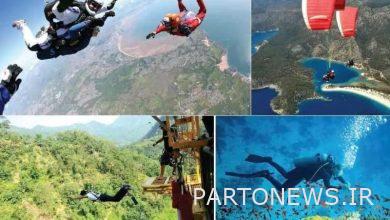 Most of the “adventure tourism” incidents are related to illegal tours 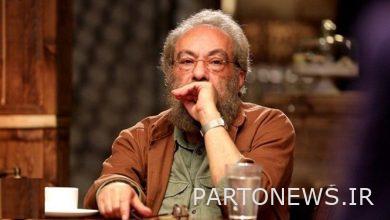 “Face to face” was key / Wise conversation with Frost and Rivandi