Following the release of the new iPad 9 tablet, iPad mini 6 and the new series of Apple Watch smartwatches, the Cupertino-based company unveiled the long-awaited series of iPhone 13 smartphones. Two of the four models, the iPhone 13 Pro and the iPhone 13 Pro Max, came into focus due to their impressive specifications.

As you can guess, they have the latest hardware and software features, but they are also expensive. The iPhone 13 has a 6.1-inch screen, while the largest phone, the iPhone 13 Promex, has a giant 6.7-inch screen. When it comes to thickness, we see that the larger battery has affected its slim design and increased its thickness. Be with Chicago.

In addition, the rear cameras have been enlarged. Inside the body, too, all iPhones host the latest Apple A 15 Bionic processor. Well, since the 13-series iPhones come in four different models, it’s a good idea to look at each one in detail.

The two new iPhone 13 models with the “Pro” label use the same design as last year’s models. They have a flat screen, but as mentioned, their body has become thicker.

The Face ID notch is also smaller, but the other components remain unchanged. These phones are made of durable glass and have a stainless steel frame. The latter makes these phones a bit heavier than non-Pro iPhones made of aluminum. In addition, these two iPhone models also support IP68 water penetration certification, which can withstand a depth of 1.5 meters for 30 minutes. 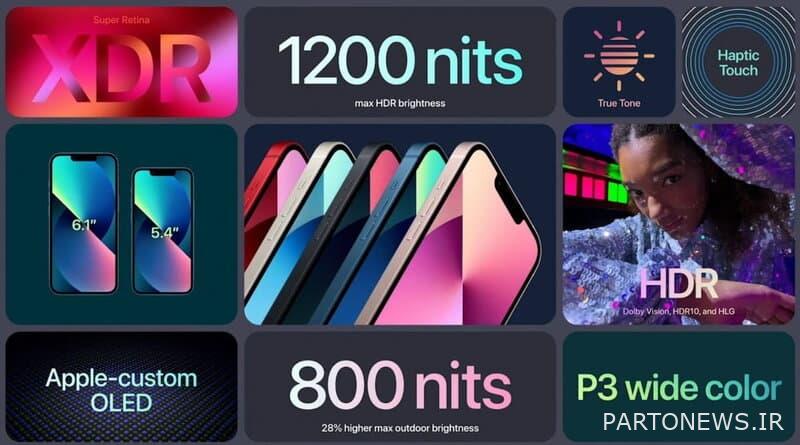 However, we can not say the same with the same conclusive models of the iPhone 13. However, it is finally time for Apple iPhones to take advantage of the 120Hz refresh rate technology, and users and fans of the brand will finally achieve this long-held dream, albeit with a long delay. 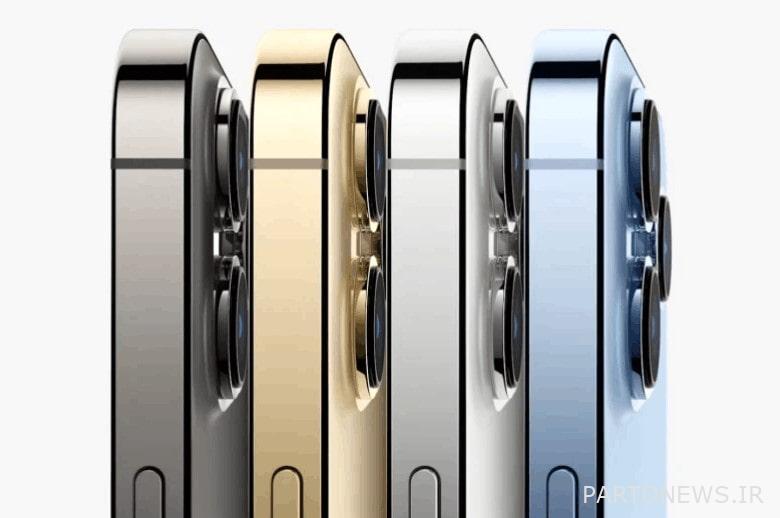 We understand that this has been used in Android smartphones for a long time, and Apple users also expected their air conditioning company to bring it to iPhones as soon as possible.

But Apple is a company that typically waits for a technology to fully test itself and find it useful and easy to run and welcomed by users, then bring it to users on their phones.

Of the standard iPhone 13 smartphones and the iPhone 13 mini, the former has a 6.1-inch screen, while the latter has a 5.4-inch screen. Both use a super-emulated panel and there is an aluminum frame between the two glass panels.

Unlike the iPhone 12, the iPhone 13 still has the same variety of looks that you can see a slimmer notch or ID cut, which is now 20% smaller. 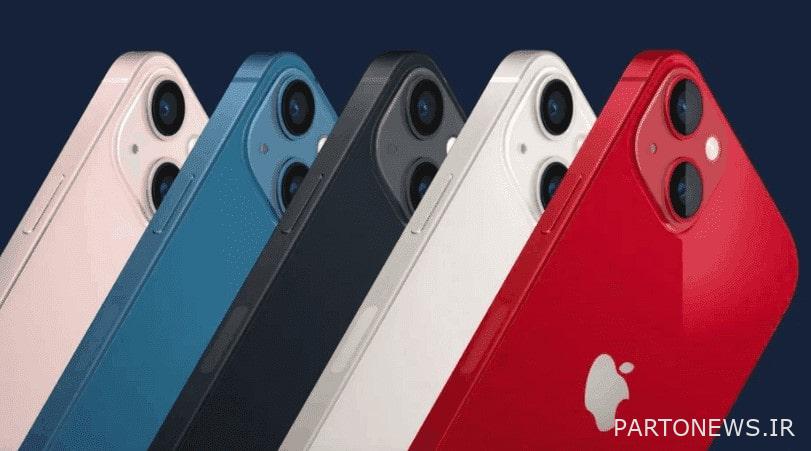 Of course, the biggest upgrade of the new iPhone 13 compared to previous models is the use of the Apple A15 Bionic processor. The latest chip made by Apple has several improvements and promises to have real advantages and a lot of power compared to Android models. This processor uses a 5-nanometer process and has a 6-core CPU. But as Apple has proven, this is the “fastest processor in smartphones” that is up to 50% faster than competitors. The graphics processor performance of these iPhones has also been improved by 30%.

Also, the internal memory of the iPhone 13 Pro and iPhone 13 Pro Max starts at a capacity of at least 128 GB, but there are also 256 and 512 GB versions. Surprisingly, a 1TB iPhone model is also available for users who need a lot of memory.

Apple uses 128GB, 256GB and 512GB of internal storage for these iPhone models. Apple also promises to improve the performance of the 5G communication network compared to the iPhone 12. By the end of the year, these phones will support 200 operators in more than 60 countries and regions.

Regarding the camera of the iPhone 13 series, it should be said that these smartphones use a triple camera module on the back panel.

The main sensor is an ultra-wide lens and zoom. However, the zoom lens is only available on the iPhone Pro and Pro Max. These two sensors guarantee high quality photography. However, all four iPhone 13 models support the new cinema mode. In other words, this is the portrait mode for movies. Blurs the background and only puts the subject in sharp focus. 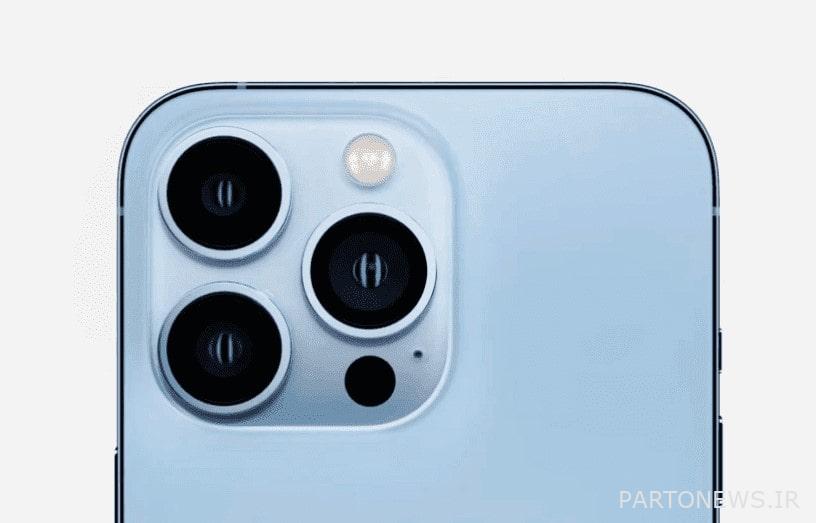 Pro models iphos support the ProRes codec (professional resolution or resolution), which is similar to RAW mode in that it allows users to be more flexible when color grading. Finally, the LiDAR sensor remains unique to the two iPhone Pro models. The new iPhone 13 widescreen sensor has a resolution of 12 megapixels and an aperture of f / 1.6.

At the same time, the 12-megapixel ultra-wide camera has a faster F / 2.4 lens and a 120-degree field of view. The protagonist of the iPhone 13 series also supports sensor-shift stabilization technology. But this is nothing new, and it even existed on the iPhone 12 Promex last year. In principle, it moves the wide sensor physically to reduce vibrations.

You probably already know that new iPhones do not have a mobile charger in the box, but there is a charging interface cable in the box. But all four new iPhones support MagSafe 15 W wireless charging. 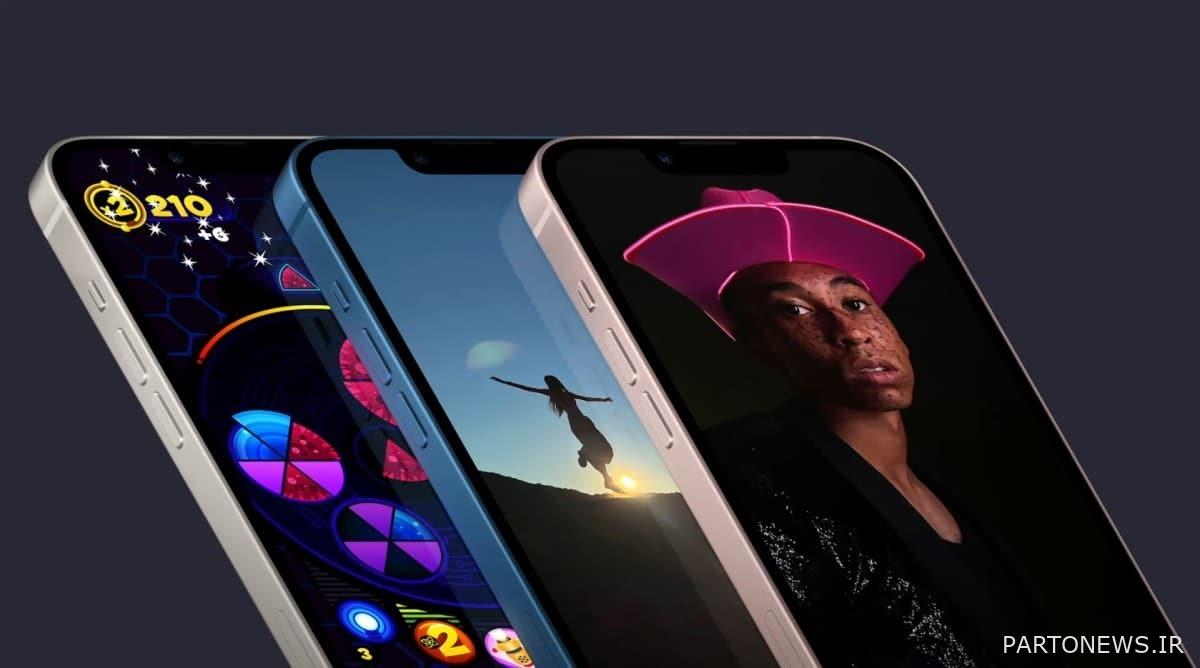 And finally, in the case of the iPhone 13 series smartphones, it can be said that larger batteries, better performance of Apple’s Bionic A15 chip, and further software improvements and optimizations are among the changes and improvements that have been made.

The price of the iPhone 13 series phones does not change much compared to the previous model: 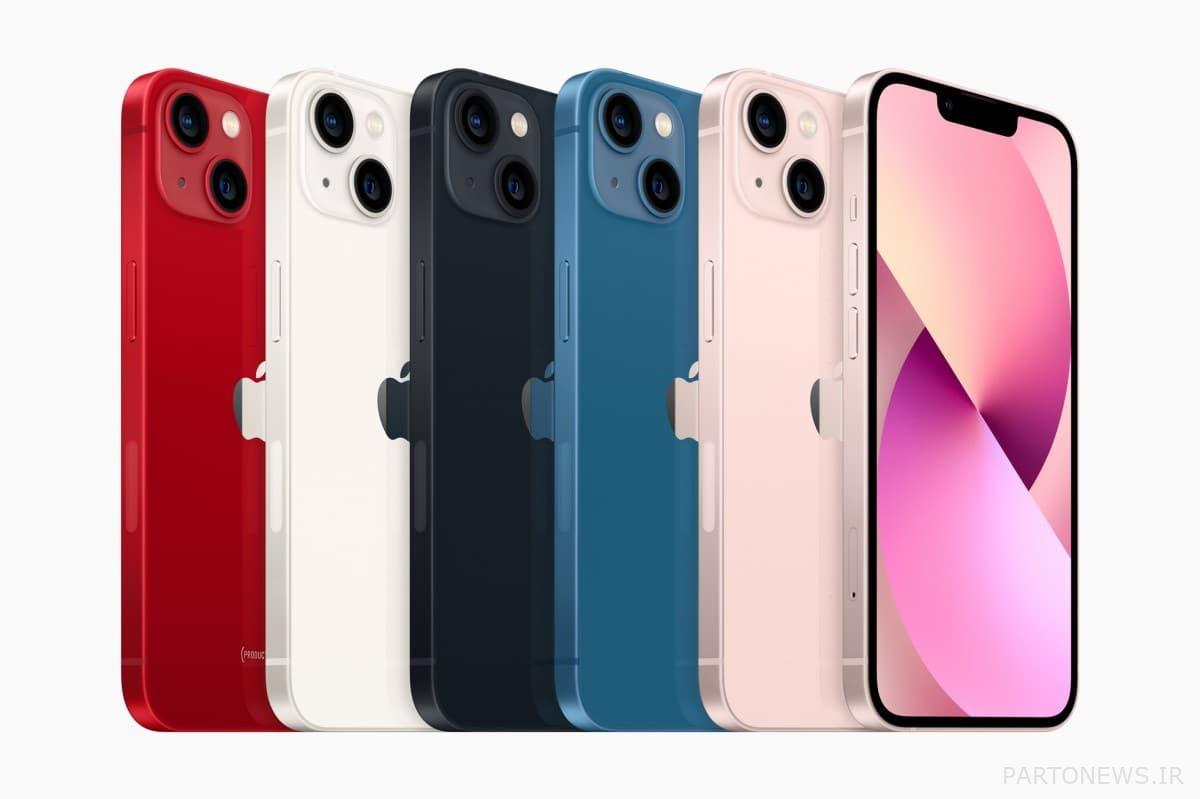 All iPhone 13 series phones will be available for purchase from September 24 (October 2). 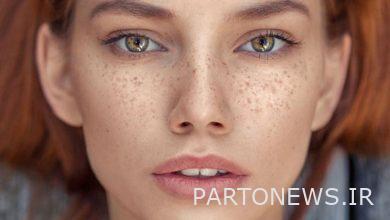 What causes facial blemishes or freckles? 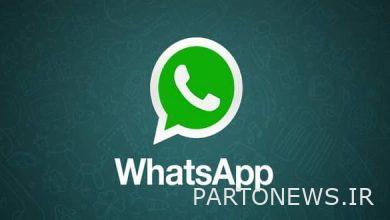 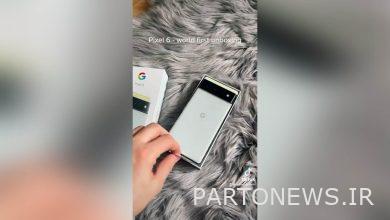 The Pixel 6 unboxing video was released before the unveiling