Deputy Minister of Parliamentary, Legal and Provincial Affairs of the Ministry of Heritage, Culture, Tourism and Handicrafts, said: “Exports of products have begun.”

Referring to Zarghami’s efforts to improve the position and prestige of the Ministry of Tourism in the country, he said: “Credit for property acquisition has more than tripled.”

“In this program, all travel destinations in the country are introduced, which helps travelers to choose their favorite destination, so that during the holidays, the passenger capacity of many provinces is full,” Vahedi said, referring to the design of the travel application. “It can be done.”

Bahman Amiri Moghaddam, referring to the unique and undeveloped capacities of tourism in the country, especially in Kermanshah province, expressed hope that the Ministry of Heritage, Culture, Tourism and Handicrafts will do its best to flourish these unique capacities and attract tourism and create tourism boom in the country. “And we will not give up any action in this regard.”

The governor of Kermanshah added: “One of the most important obstacles to the development of tourism in the country is the unpreparedness of the infrastructure, including the axes of access to historical, natural and religious monuments and suitable and cheap accommodation.”

Amiri Moghaddam continued by stating that unfortunately in the past the beautiful province of Kermanshah has not been properly and competently introduced, he said: “Let joy and hope prevail in the province.”

“The west of the province and the city of Qasr Shirin also have a significant capacity for the development of winter tourism,” he said, referring to the province’s tourism potential, including in the Oramanat area.

In conclusion, while wishing success to the Director General of Cultural Heritage, Tourism and Handicrafts of Kermanshah, the Governor of Kermanshah said: “I hope we will see prosperity and change in tourism in the province.” 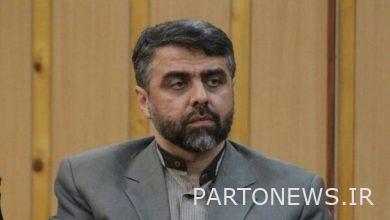 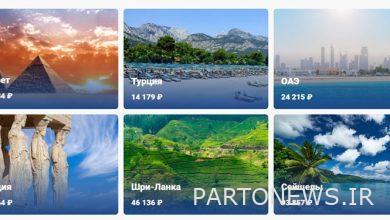 The soundtrack to “Sniper” has been released